Diablo 4 is dark and gothic as hell – Preview

Diablo 4 wants to bring back the oppressive, horror-like atmosphere of the original game, and the opening act sets the stage very well.
Edmond Tran 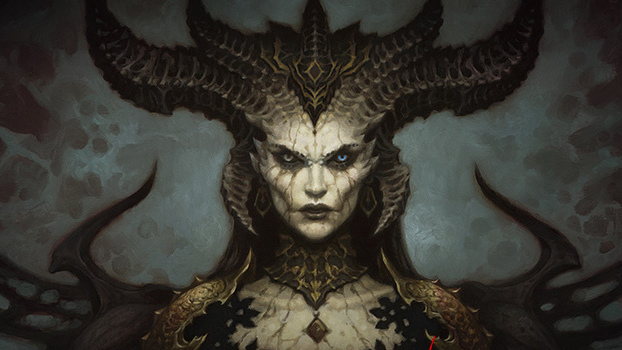 The opening cinematic of Diablo 4 sees Lilith — the game’s focal antagonist and the ‘Daughter of Hatred’ — summoned in a grisly ritual that sees the blood of three hapless individuals ripped out of the torsos. As she makes her grand entrance, she’s adorned with a majestic cape made of some thin membrane of flesh.

If you’re familiar with the quality of Blizzard’s cinematics team, you’ll have a good idea of how vivid this scene is. If you also consider the realistic art direction of the series, and Diablo 4’s clear intentions to return to the gruesome, dark roots of the franchise, then you might forgive me for feeling a little bit nauseous before I even stepped foot in the game’s world.

Blizzard has long been promoting Diablo 4 as a return to the gothic atmosphere of the original Diablo game – a dungeon crawler that was dark (thematically and literally) and oppressive, where you feared for what might find as you ventured toward the pitch-black edges of the screen, and the characters you encountered had lost all hope.

After playing a preview build of Diablo 4 on both PC and PlayStation 5, which contained the game’s still-in-development opening areas, I can assure you that it seems like the team behind the game is certainly on the right track.

Friendly faces are few and far between in Diablo 4’s new Slavic-inspired setting of Sanctuary. In the opening moments, your character’s horse dies. After helping some seemingly needy village folk, you’re shanghaied and dragged away to be disembowelled. The surrounding areas feel cold, dark, and desolate, and the dungeons feel suitably grim.

Those areas are full of countless beasts and ghouls for your character to carve a path through, of course. Diablo remains a power fantasy at heart, letting you build your own personal murder machine of a barbarian, rogue, or sorcerer (the three classes available to test) and help them grow into their own unique kind of combatant.

Character customisation and expression is clearly a strong focus in Diablo 4, seemingly with an eye to make your player character stand out in what will be a shared online world, much like mobile title, Diablo Immortal. Your facial appearance is customisable, you’re able to begin transmogrifying your weapons and gear at a very early stage (giving your equipment the appearance of another), and the skill trees for developing your character appear to coerce you into committing to distinct styles of play.

For example, after dabbling with each available class, I settled on a barbarian, and spent the next 15 hours trying out the different pathways they could take, as I levelled up and unlocked points to spend on the skill tree (you can respect your abilities at any time, but at a cost). I eventually settled on a build that focused on frenzied attacks with a weapon in each hand, and all the buffs and abilities that complemented that style of play.

But I could have focused on a bludgeoning build that would force me to focus on blunt weapons to stun enemies, or a build that would make me focus on making enemies bleed, using two-handed bladed weapons to perform whirlwind attacks. For those familiar with the series, it feels like the skill commitment of Diablo 2, with a little bit of the flexibility and leniency of Diablo 3. But not too much leniency – at least, at this stage.

In case there was any doubt, Diablo 4 certainly has the satisfying, dangerously moreish hook of previous Diablo games. Set a destination, carve through hordes of enemies to get there, pick up everything you can carry, and return to town to sell your wares, improve yourself, and do it all over again. Even in this very early stage, it was hard to put down.

But Diablo 4 is certainly trying to be more than just that hook. In a group interview with members of the development team, General Manager of Diablo franchise Rod Fergusson (previously responsible for overseeing the Gears of War series) remarked that story and narrative was the key factor that differentiated the upcoming game from Diablo 3, Diablo Immortal, and Diablo 2 Resurrected – all games with currently active player bases.

That’s a focus that’s coming through very clearly. Despite maintaining the pulled-back, isometric perspective of the series, Diablo 4 also spends a lot of time getting up close and personal in its opening hours. In key plot moments,  the camera will slowly swoop down and make use of more engaging camera angles and scene cuts to frame the drama. Conversations are also far more involved than they’ve been for the series, featuring dialogue choices, and opportunities to dive further into character motivations and learn more about the world.

It certainly gives the game its own unique feel, and continues to pull you back down to the reality of the world in between the stretches of somewhat gleeful mass slaughter. The game doesn’t make you feel bad about it, to be clear, it’s more that it tries to frame the onslaught as hopeless, overbearing. A never-ending lost cause.

I’m eager to see more of Diablo 4, and I’m curious to see how it will continue to foster its so-called ‘Return to Darkness,’ as the marketing slogan for it goes. The loop of its gameplay is excellent, of course, and it features its own unique tweaks. But a similar kind of dungeon-crawling experience exists in several other places, both within the franchise and in the many games that have been inspired by it. For me, it’s the commitment to building that oppressive gothic world atmosphere that will really make Diablo 4 feel special.

Diablo 4 will be released on PC, PlayStation 5, and Xbox Series X. A release date has not been officially announced at the time of writing.