Media Molecule’s Siobhan Reddy: ‘Culture is like a garden. It needs to be cultivated.’

Reddy’s name might have less household recognition than previous BAFTA Fellowship recipients, but her impact on the industry with Media Molecule is no less profound.
Jini Maxwell 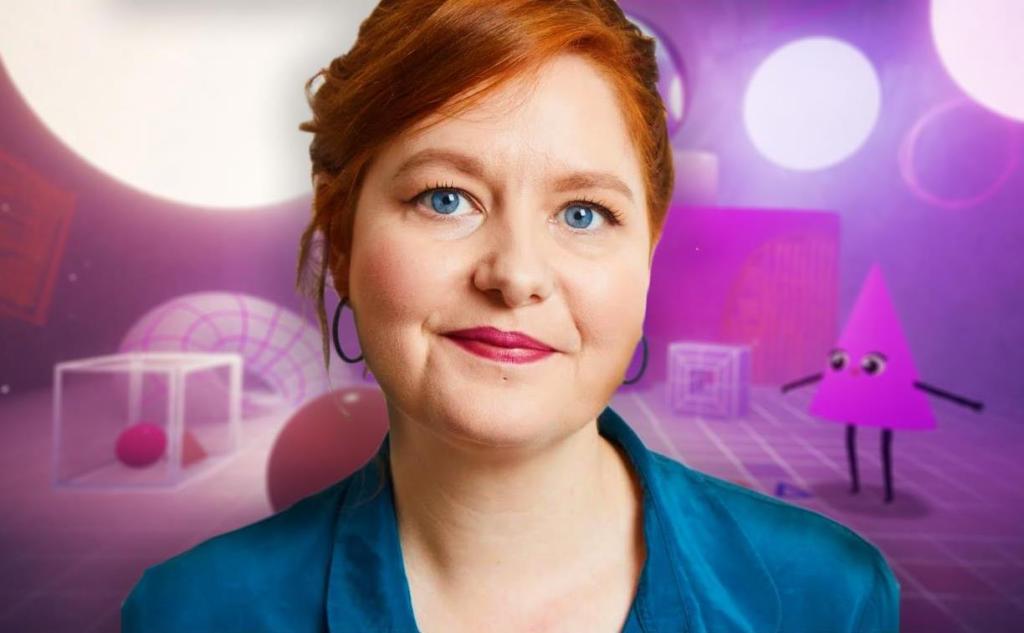 When Siobhan Reddy got the call from BAFTA telling her they were offering her the Fellowship, she had some doubts: ‘They told me they wanted to recognise, you know, the sort of positive impact on culture, and they wanted to shine a light on someone they think is a good role model,’ then, she laughs, ‘and I thought, “Wow, that’s pretty hilarious!”’

The Australian-raised studio director takes a typically Aussie approach to receiving BAFTA’s highest honour: first cracking a joke, and following it up with deference: ‘Well, I really like their efforts, and I think they really like my efforts.’

Awarded in honour of outstanding achievements in the art forms of the moving image, the Fellowship was first awarded to Alfred Hitchcock, followed by visionaries like Jacques Cousteau, Charlie Chaplin, and Lauren Olivier over the next decade. Reddy is the first woman in games to be awarded a BAFTA’s Fellowship, but her profile stands out for more reasons than gender alone.

READ: BAFTA Fellowship awarded to woman in games for the first time

Nine game developers (and one studio) have received the honour before Reddy. The first was Sim City and The Sims creator Will Wright in 2007, and since then the honour has been awarded primarily to men in the game development industry with vast creative profiles, such as 2020 recipient Shigeru Miyamoto, the game designer who is widely credited with creating Nintendo’s Mario and Legend of Zelda series. They have been honoured alongside cinema’s best and brightest.

Of course, nobody actually creates in total isolation. Most works of cinema are made with large teams, and videogames are no different: so-called triple-A games take teams of hundreds, if not thousands of developers with a massive range of creative and practical skills, like the best works of cinema before them. This is a fact that Reddy’s Fellowship is perfectly positioned to reflect well: Reddy is the studio director of British games company Media Molecule, a creative studio that she has seen grow from a team of five to a medium-sized company owned by Sony Interactive Entertainment. Their most recent game, Dreams, won a BAFTA for technical achievement. These creative achievements are made, ultimately, not by single geniuses but teams of people, whose creativity shape the work in big and small ways.

READ: Last of Us 2’s easter eggs prove that all games are personal games

This year, the Fellowship recognises Reddy work as an advocate for gender diversity in the games industry, and for her ability to build strong, creative workplace cultures that allow for the technical innovations apparent in games like Dreams. Under her guidance, Media Molecule, who previously created Tearaway and the LittleBigPlanet series have developed an international reputation for its harmonious, creative approach to game development, which Reddy actively cultivates: ‘I’m not the creative force behind our games, but I am a creative force of how our culture, and our studio works,’ she allows.

Reddy sees her job as one of cultivation. As studio director, she’s responsible for ensuring that the team’s structure serves both the project, and the team members themselves. In her own words, she is ‘madame cat herder,’ and throughout the industry she is renowned for her commitment to facilitating strong, harmonious creative workplace cultures.

It’s not a responsibility she takes lightly: ‘with a workplace culture, you can’t just go “okay, here’s the culture post-it, we’ll stick that up and now we have a culture,”’ she tells me over a video call, ‘A culture doesn’t work like that. It is a garden, and it needs constant tending.’

Like in a garden, things don’t always go to plan in a studio; unexpected problems will inevitably arise, though Reddy doesn’t see them this way. For her, instances of conflict or discord aren’t weeds to be removed, but information that can help inform better workplace practices, and help her understand the needs of her team.

She considers this foregrounding the personal and the human as crucial in developing strong workplace culture: ‘Every person in the studio is an individual, living their own epic story, and we come to work every day, or we are in the Zooms or whatever, and try to make this creative thing,’ she explains, ‘But within that, humans are still humans; people are people. They have their whole lives going on. Mistakes happen, that’s okay. In fact, sometimes good things can come from those mistakes. ‘

Rather than viewing the inevitable clashes, confusions and contours that arise in a studio as problems in themselves, Reddy is careful to keep empathy and individuality at the centre of her workflow: ‘It’s easy to fall into thinking “this person’s been difficult,” or “this drama is happening,” but maybe that person just had a really bad morning, or maybe something’s actually going on in our life. Or maybe they’re stressed because part of their work isn’t clicking for them, and they need someone to just sit and listen to them for half an hour – or for four hours, however long it takes.

‘How we process everything in real time that is different for all of us. So I don’t think of these things as problems or weeds in the garden, they’re more like opportunities to understand how we can make this garden nicer for everyone.’

From Media Molecule’s modest beginnings, Reddy brought industry expertise from a previous production role at Criterion Games to the ragtag creative crew of ex-Lionsgate employees (Mark Healey, Kareem Ettouney, David Smith, and Alex Evans) who founded the studio. Put simply: ‘I knew how to ship things, they knew how to build things together. That was kind of what formed our Media Molecule core.’

Apart from shipping things, Reddy is renowned for balancing creativity with the constraints of working on a commercial team. Making space for individual creativity within the broader needs of the team is a core tenet of Reddy’s philosophy: ‘I love being around creative people, and creative energy,’ she tells me, ‘I’m a producer who very much understands the need for anchors and lists and making sure we have priorities. But I also very much encourage R&D, and just following an idea — so many brilliant ideas occur when someone’s walking, or they’re in the shower, or reading. You have to make space for people to think and explore.’ For Reddy, this freedom of creative expression, and foregrounding of a diversity of ideas and exploration, is a crucial underpinning to gender and cultural diversity she champions in the industry more broadly. It’s a human-first, ethics-driven approach that she hopes will be approachable to other young studios who are still finding their feet.

She takes heart in the fact that her approach has touched people, strongly encouraging other emerging studios to have big conversations early on: ‘Knowing how you want to work is as important as knowing what the game is. You have to talk about these things, your values and your purpose.’ For MM, a central value has always been creativity; but Reddy wants people to know that her achievements, and MM’s achievements, aren’t bolts from the blue; they’re the result of small, daily, practical work, the kind of work that anyone can do.

‘I’m just like everybody else, in a way. And there’s something really good about that, I think: people seeing that you don’t have to be the leader, you don’t have to be an auteur who’s made a thousand million games in order to make a difference. I like hearing that my achievements look achievable for people. Hopefully, it will inspire people, seeing  that small changes in a very local place can have a ripple effect.’

While Reddy’s name might have less household recognition, her impact is no less profound. Honouring a producer who keeps creativity and harmony at the core of her values suggests that BAFTA knows it’s time for the sixty-year-old games industry to grow up, and it’s people like Reddy, who make space for the dreams of others, that are helping the industry mature.