Now is the perfect time to restart your Animal Crossing: New Horizons island

You've changed a lot since 2020, and so should your Animal Crossing: New Horizons island.
Leah J. Williams 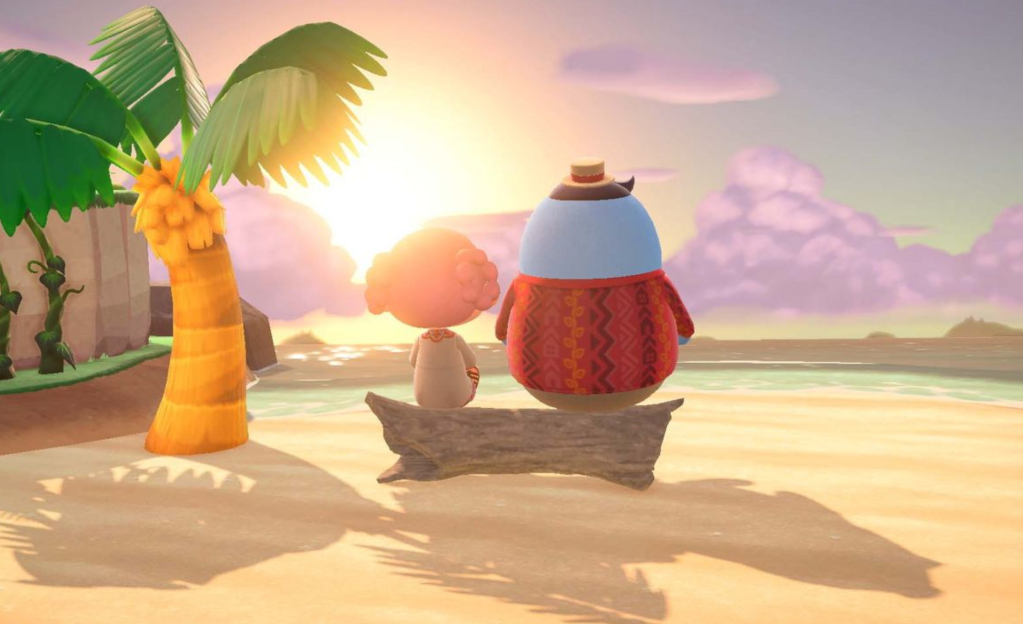 We were all different people in March 2020. Maybe you had a different job, or different aspirations. Some of us were planning travel, and others were frantically cancelling flights. The world became strange rather quickly, but there was one thing that held it all together: Animal Crossing: New Horizons.

As the pandemic set in and lockdowns became the new normal, Animal Crossing was a rare lifeline to the outside world. You couldn’t see your friends in person, but you could share your joy online and watch as your friends picked digital flowers, and traded fridges for new furniture.

The fields of the outside were forbidden, but in Animal Crossing, there was no coronavirus. The sun dawned over a beautiful, brilliantly-kept town every day, and life went on with plenty of solitude and calmness to spare. It was an island paradise for so many of us.

A year-and-a-half on from the release of Animal Crossing: New Horizons, you’ve probably changed a lot.

Maybe you’re allowed outside now. Maybe you’re in a new job. And hey, maybe you don’t touch Animal Crossing at all. After months of silence from Nintendo and few game updates, 2021 brought few reasons to keep chipping away.

Museums were filled. Fish had been caught. Villagers had been befriended and sent away. At the end of those 200 hours was nothing much left to do.

That’s all set to change this November when Animal Crossing gets its final free update, bringing activities like cooking, coffee drinking, island hopping and market shopping to players who’ve been starved for content this year. A paid expansion will also add a separate home designing mini-game.

For everyone who’s long since abandoned their island, it’s great news. There’s finally new tasks and activities to complete. But it also means something dire: returning to weeds, and villagers who barely remember your name.

Returning to an old Animal Crossing island is genuinely heartbreaking. The weeds are an easy fix, but what you can’t fix is your animal friendships.

While the game doesn’t spell this out very well, you can obtain ‘best friends’ in the game by constantly interacting with your villagers and giving them gifts on a day-to-day basis. When you don’t do this, you become more distant and lose friendship points.

Leaving for months will ruin your friendship score and lead to conversations where villagers admit they thought you were dead, and that you’d never return.

These are animals you’ve spent months with carving out an island paradise. Fron March 2020, they may have been your only companions. But if you haven’t played the game in a while, they’ll treat your name like dirt. For anyone feeling particularly fragile, it’s a devastating consequence of abandoning the game.

Luckily, there’s an easy and very cathartic fix for this dilemma: starting over from scratch.

Since March 2020, you’ve changed as a person. Your Animal Crossing island should change too.

Are you still the same person that wanted a tropical-themed chill spot and a pizza restaurant in the middle of your town? Are you the same person who chose robot frog Ribbot as a villager over somebody cooler, like Elvis the lion? We’ve all gone on a journey of growth this year, and it’s time to let go of bad choices.

Animal Crossing entering a new era filled with hanging decorations, statement walls and the ability to rejig your shopping hub is a chance to lean in to change, and to shed your older pandemic self.

With a clean slate, you can rebuild your island in your new image.

You can be consistently surprised by fossil, fish and bug findings — and even start a collection of Gyroids and Gyroid fragments, a series feature which is returning post-update. You can rebuild your home with all new items, establish new shops, discover wild islands, and even invite some fresh faces aboard.

Sure, you could tackle all that on your old island — but there’s nothing as cathartic and freeing as starting over. While you will need to wipe your island completely, the finality of erasure means there’s no room for regrets.

It’s a new year, life has changed, and everything is different now.

There will be no sky-scraping cafés or elaborate arcades built from old wood and scraps in your town. Starting again means it’s just you, a beach, and some breakable tools.

Life is simpler when you just start over.

While you may not have the same stamina you did back in 2020, beginning fresh with new activities and experiences at your fingertips is a great way to renew the joy of playing Animal Crossing: New Horizons.

It won’t quite be the same as those feverish first days in March 2020 but then again, neither are you.

You’ve changed a lot over the last year, and Animal Crossing: New Horizons is on the cusp of great change too. There’ll be plenty waiting for you on November 5 when the final game update launches for everyone.