Xenoblade Chronicles 3 provides a heartfelt, complex story, with impressive and engaging gameplay to back it up.
Emily Spindler 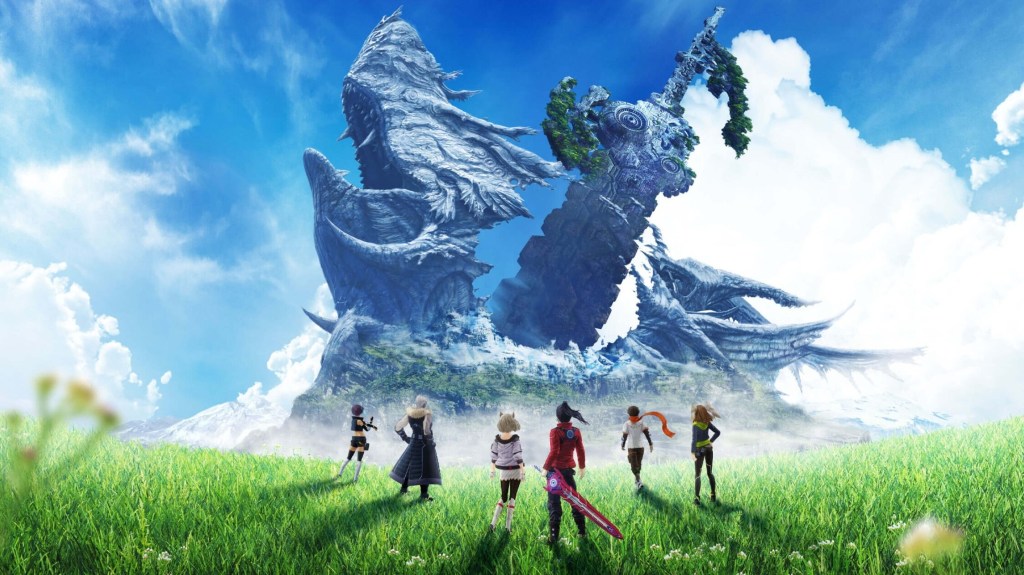 How do you leave a lasting legacy when ten years is all you have? Xenoblade Chronicles 3 is a Japanese-style RPG by developer Monolith Soft that poses this question, wrapped up in a tale of change, set in a world stuck in stasis.

In the world of Aionios, the two nations of Agnus and Keves are waging a seemingly never-ending war against each other. The two sustain their conflict with artificially-created soldiers that have a limited lifespan of ten ‘terms’ (years).

Xenoblade Chronicles 3 immediately throws you into the thick of the story, showcasing the sheer scale of the world in which you find yourself. Monolithic mechanical instruments of war trawl the battlefield as opposing soldiers go head to head, minuscule in comparison to their machines.

Before long, you’re introduced to the full cast of six main characters: Noah, Lanz, and Eunie from Keves, and Mio, Sena, and Taion from Agnus. The team is forced to work together after a mission gone awry sees them in possession of an ability called Ourobouros, turning them into an enemy of those in high places. This sets them on a journey across the world, seeking answers and freedom from the cycle of perpetual war.

Xenoblade Chronicles 3 has a complex story that plays out over a massive runtime, but it’s well worth the hours put into it. It really manages to portray just how small you are in the grand scheme of things through the stunning views of the world around you. A gigantic sword sticking out of the Earth looms above you, and gargantuan otherworldly creatures roam the land around you.

The Nintendo Switch’s technical muscle is given a workout, and despite some minor drops in frame rate here and some long loading screens between areas, it holds up well to present Monolith Soft’s vision in all its glory. There’s a certain beauty even in the sometimes dull-looking areas, ravaged by repeated bloodshed.

Your exploration of the not-quite open world map doesn’t go unrewarded either – there’s always a secret spot that might otherwise be missed if traversing too quickly or a side quest that could reward you with a whole new character to befriend and bring along on your journey. Alongside the main cast of six, there is a slot for a seventh ‘hero’ character to join along temporarily, and Xenoblade Chronicles 3 provides a wealth of characters to choose from. Each brings with them an in-depth backstory and combat class to enjoy.

In a world of constant fighting, combat takes a center stage with a considerable amount of mechanics that keep things interesting, even when traversing through areas where fights crop up every couple of minutes (unfortunately, with repetitive vocal combat callouts). Despite a large number of different abilities, strategies, and systems at play, the MMO-style combat never feels like an overwhelming facet of the game to master.

Read: Everything revealed in the Xenoblade Chronicles 3 Nintendo Direct

During combat, you attack automatically as a default, with the ability to use ‘Arts’ to have an even greater impact on the battlefield. For an even bigger impact, two characters can merge into a massive mech, called Ourobouros, to cut down enemies and protect the party in times of need. New mechanics that are introduced seem never-ending, even many hours into the game, but are comprehensive and accompanied by the ability to complete drills on the side to practice at any time.

The game does feature some overly comprehensive tutorials – forcing you to equip accessories or change classes painfully slowly with no ability to skip this, even if you’ve managed to work out how to do the task already.

Xenoblade Chronicles 3 attempts to weave the world and story into the mechanics, sometimes with great success. However, other attempts to bring the mechanics into the world, such as a cutscene explaining how class changes work, feel a bit heavy-handed. Despite this, the class system is extensive and brings yet another way to keep combat refreshing and reduce the feeling of having to grind through the same battles repeatedly to progress.

Outside of combat, there are so many different gameplay systems to discover as you move through the world. Some unlock access to new areas, while others simply improve the overall experience and quality of life of the game. The Collectopaedia cards make fetch quests a quick task by removing the need to run back and forth quest-givers, for example.

Resting up by the campfire allows you to level up, but also provides the opportunity to experience intimate moments as the group slowly bond and deconstruct the walls around them. Some of my favourite interactions happened during the quiet of night around the fire, with discussions of the future and hopes in hushed voices.

Music plays a very important part within the game world, but also in the overall experience of Xenoblade Chronicles 3. The two off-seers, Noah and Mio, send off the souls of the dead they come across during their adventure by playing their flutes in moments where the whole party pauses to reflect on the state of their world. The soundtrack is as impactful as any of the previous games in the series – the music goes from pondering and melancholy as you reckon with war and loss, to grand-scale, rousing tracks that accompany the broad vistas and hype of battle.

Xenoblade Chronicles 3 provides a heartfelt story with serious moments complimented by lighthearted interactions between the party. It manages to smartly refer back to the previous instalments in ways that those familiar with the franchise will appreciate, without alienating those picking up a Xenoblade game for the first time, and is all the better for it. The story takes unexpected twists and turns that manage to buck many well-trodden tropes, and the game ties the series together perfectly.

The story is elevated by the fantastic voice work in a way that doesn’t feel overstated. The six main characters are brought to the forefront with opposing and aligning hopes, dreams, and fears, and are so well thought-out in their characterisation that it feels like saying goodbye to old friends at the end of the adventure.

Xenoblade Chronicles 3 explores change and stasis, and what kind of impact you can have on the world in a short time span. As the most recent addition to a trilogy itself only just over a decade old, this game – and the franchise at large – seem set to leave a lasting legacy, well beyond the end credits.

The Nintendo Switch version of Xenoblade Chronicles 3 was provided and played for the purposes of this review.