An A-list Hollywood cast can't help the fact that Twelve Minutes ultimately has nothing of value to say.
David Wildgoose 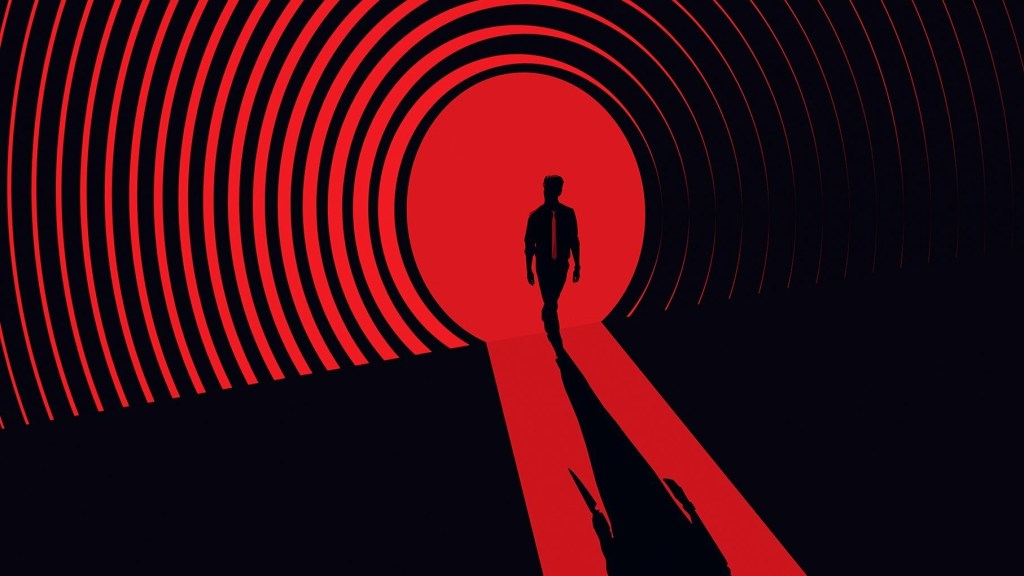 On the night of Twelve Minutes‘ brief time-looping murder mystery, a storm lays siege to the one-bedroom apartment that serves as the primary stage for its domestic drama. Thunder reverberates. Lightning briefly illuminates sparsely decorated interiors. Droplets of water chart their erratic course down the glass panes. And in the middle of it all, if you click on one of the apartment windows to examine the scene more closely, it prompts the unnamed male protagonist to turn to the camera, a conspiratorial wink in his eye as he says: ‘Heavy rain.’

Obviously, he doesn’t literally wink at the camera – even Twelve Minutes is not quite that heavy-handed. But the knowing reference to Quantic Dream’s 2010 PlayStation 3 exclusive, Heavy Rain – a whodunnit thriller oft-ridiculed for its implausible structure and comical literary pretensions – is grotesquely on-the-nose, a rare funny moment in a game that takes itself all too seriously. The laughter quickly subsides, however, when you begin to realise that the developer likely broke the fourth wall to honour a hero rather than lightly mock itself.

As with its undoubted inspiration, Twelve Minutes chooses to explore human drama at an intimate scale. Where Heavy Rain players guided that cast of characters to slowly brush their teeth or take a shower, here you’ll find yourself looking in the fridge, setting the table for a meal, and asking your wife what book she’s reading. Viewed only from above, the familiar household environment is neither dense with items of interest nor especially remarkable. As a home in which its husband and wife inhabitants have supposedly lived for some time, it doesn’t quite convince – it’s too empty, too impersonal, something feels off. Part-way through the 12-minute run-time, the eerie mundanities of married life are thoroughly upended by an intruder. From this moment, each subsequent playthrough of the looping narrative seeks only to escalate the drama, attempting to catch you off-guard with a series of confounding reveals.

Divorced from the specific details, piecing together the narrative puzzle occasionally works well. On each run through the loop, you’re able to experiment despite the strict 12-minute time limit. You’re choosing different dialogue options, trying to combine the various items you can pick up, and experimenting with how and when you interact with objects in the environment. There’s a rigour to this process, and when you catch the clues cleverly suggested by the game’s feedback to failure, you feel like a detective cracking the case, even if that’s not really the role you’re being asked to play.

Yet at other times, what’s expected of you is obtuse or at worse, perverse. The small cast of characters don’t talk to each other like real people would, lending a stilted awkwardness to every conversation that not even the A-list Hollywood cast (of Daisy Ridley, James McAvoy and Willem Dafoe) can save. Poor writing exposes jarring inconsistencies as characters take turns to not say obvious things that would clearly help the situation and to all-too-swiftly reconcile deeply troubling behaviour. Climactic reveals pull the rug out from underneath the entire story, upending events in a way that reinforces the developer’s interest in delivering another shocking twist to the tale at the expense of crafting any sort of coherent structure.

Twelve Minutes eventually closes its loop via a handful of equally unsatisfying endings, none of which withstand sustained scrutiny. By that point, you’re expected to have drugged your wife again and again over multiple time loops, and hid in a closet while you watch her be physically assaulted then murdered, all in the name of finding out information that will let you progress the story. Inexplicably, the story never even attempts to grapple with this violence. It’s just added to the list of actions you must perform to advance like some sort of psychopathic to-do list: set dining table, make phone call, watch wife get murdered. It’s gross.

Twelve Minutes desperately wants to be seen as an edgy, adult thriller. But it mistakes shock value for substance and ultimately has nothing of value to say. Rain, rain, please go away.