The Excavation of Hob’s Barrow is an effective and unnerving folk horror tale, bolstered by some great acting and atmosphere.
Edmond Tran 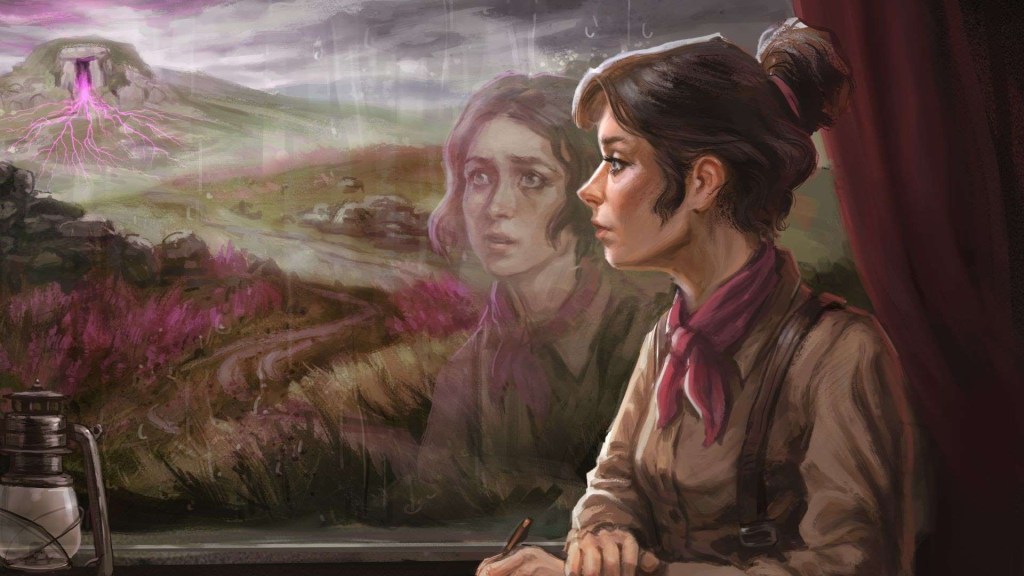 The part I love about folk horror stories is everything that happens before the big reveal. I love the sense of mystery at the beginning, when the protagonist finds themselves in a beautiful but isolated setting. I love the friendly folk they meet along the way, who are just delightful – but are maybe a bit too friendly. I get a thrill out of that sense of constant anxiety and mistrust, feeling like you’re in too deep to ever claw your way back to safety.

I rarely click with the eventual big reveal of everything really going on behind the scenes – they’re often a bit too out there to land for me, like a rollercoaster ride that ends too quickly after a huge drop. But I always remember the riveting path up until that point. The Excavation of Hob’s Barrow – a folk horror point-and-click adventure game – takes you on that exact same journey, and does it very well.

Set in Victorian England and based loosely on real-world tales of English folklore, The Excavation of Hob’s Barrow sees you follow Thomasina Batemen, a strong-willed archeologist born into privilege, as she travels to the once completely isolated rural village of Bewley. Thomasina is there to – you guessed it – excavate a barrow, a kind of ancient burial mound, that was sealed up after a previous attempt to explore it went awry for strange reasons.

When the person who invites Thomasina to Bewley doesn’t show up, she’s left to investigate what happened to them, figure out just what the deal is with the village, how the townsfolk all relate to one another, where the hell Hob’s Barrow is, and why no-one seems to want to talk about it.

Specific plot and scenario details aside, numerous elements of The Excavation of Hob’s Barrow work in unison effectively to create a very strong, consistent sense of unease throughout its eight-hour (or so) runtime.

The game adopts a familiar style of adventure game pixel art that echoes titles of the early 1990s, with some excellent background art perfectly capturing the dreary beauty of the British countryside, fostering a desolate atmosphere that often makes you feel exposed and unsafe. When the sun begins to quickly set at the end of the day in Hob’s Barrow, it feels like there’s a sudden imperative to hurry back to the safety of the inn, before the darkness eats you up.

Hob’s Barrow also makes very effective use of detailed close-ups to help amplify the quiet and not-so-quiet terror in particular scenes. Extreme close-ups of Thomasina’s eyes are a recurring go-to shot, as are the gnarled and weathered faces of people and animals, which can be very unsettling, even if the subject is relatively mundane. Add to this the audio design, which really helps to hammer in everything about the atmosphere and art – droning, throbbing synth pulses will both keep you on your toes in certain scenes, and fill you with dread in others.

Excellent voice acting – especially from Samantha Béart, who plays Thomasina – also does wonders in keeping you heavily engaged in the goings-on. The events of Hob’s Barrow are framed by narration from Thomasina in the present day, and you can really sense the anguish, urgency and desperation in these frequent interstitial moments, especially effective since her voice carries these moments solo against a pitch-black backdrop.

This is contrasted somewhat during the events of the game itself, where Thomasina’s determination and charming pragmatism help pull you through the events. It’s a great dynamic for the typically slow-paced adventure game format – a constant push and pull of knowing something bad is going to happen, but being urged to keep going because of the alluring tenacity of the protagonist.

The supporting cast of rural townsfolk is also well-performed, with an enjoyable diversity of accents and colloquialisms that help them feel believably unfamiliar – at least, if you’re not from Britain. Some are warm and friendly, some cold and off-putting, but all are believable, and several end up concealing ulterior motives that can be surprising. The script and performances keep even the more unexciting motions of adventure games interesting.

Rarely did I find myself prematurely skipping through dialogue – there’s just the right amount of brevity that lets you get a good sense of a person, without being overbearing.

On the mechanical side of things, the chain of point-and-click adventure game puzzles in The Excavation of Hob’s Barrow – exploring locations, finding out information, collecting and using items in various manners – is largely straightforward and logical. Very few tasks completely stopped me in my tracks, and because the possibility space was always relatively small – this is an isolated rural town, after all – a simple process of elimination always did the trick. An in-game to-do list and a labour-saving fast-travel system also helps reduce any mental fatigue or tedious backtracking. That’s very much appreciated, since it allows you to keep your focus in the moment, which feels so vital for a game that hinges on its atmosphere like this.

As I alluded to at the beginning of this piece, much of The Excavation of Hob’s Barrow revolves around Thomasina working her way towards the titular excavation, and peeling back the layers of mystery concerning the village and its residents in the process. Once Thomasina finally manages to break literal ground in the third act, however, things feel like they escalate very quickly.

The third act sets the stage for some nice, involved puzzles and interesting revelations that unravel some of the tantalising plot threads from earlier in the game, and of course, an eventual payoff and closure for everything feels necessary. But like my relationship with most folk horror stories, the climax also had the effect of making me sorely miss the intoxicating slow burn, quiet anxiety and buzz of mystery leading up to that point.

The Excavation of Hob’s Barrow is a very strong and cohesive experience that deftly executes an absorbing folk horror atmosphere in virtually every moving part. No element of the traditional adventure game format is wasted, with every facet contributing to make it a focused and memorable journey, with a very strong identity. It’s the kind of game that immediately makes you want to play more adventure games.

The PC version of The Excavation of Hob’s Barrow was provided and played for the purposes of this review.