Songs of Conquest review – Music to our ears

A retro-styled Heroes of Might and Magic-like game that brings quality over quantity in multiple ways.
Meghann O'Neill 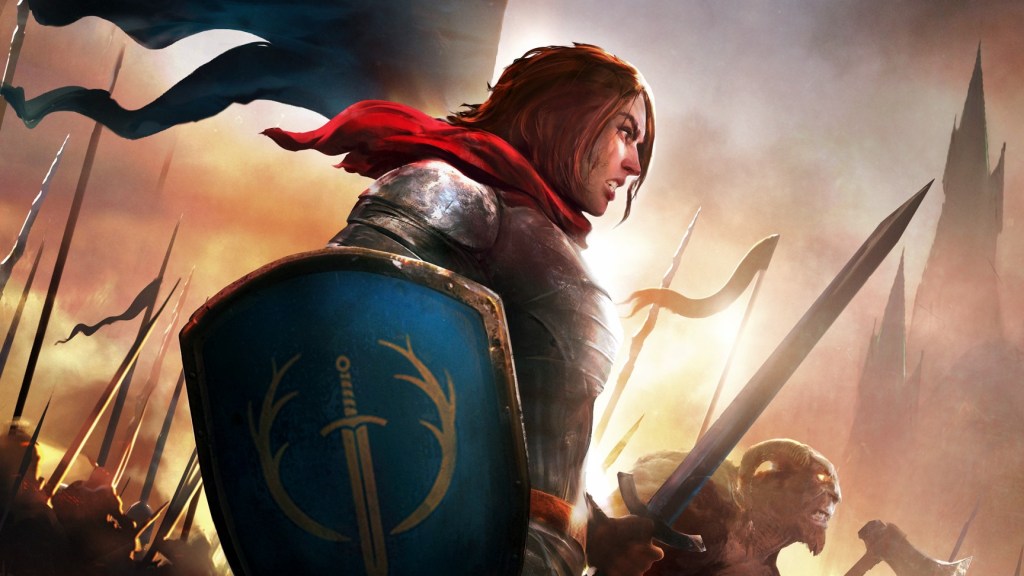 How strategic is a game, really, if it allows you to dominate via overwhelming numbers? I absolutely adore Heroes of Might and Magic (HOMM), the classic turn-based, resource management series but, especially in the earlier games, victory could usually be assured by securing more dwellings and being patient; simply having the bigger army over time.

The very first thing I noticed about turn-based strategy game Songs of Conquest is that creatures are finite, in how they’re generated and managed. In any scenario, there will be a flexible – but definable and replenishable – maximum to work with. There’s scope to choose which kinds of creatures you want, and skills that will unlock (up to 8) empty stack positions for each Wielder (a hero with skills, statistics and spells to bolster their army), but commanding 10,000 peasants is firmly off the table, because each stack has a cap, and it’s not 1250. It’s more like 50, or 10, depending on a creature’s tier.

Songs of Conquest is a worthy spiritual successor to HOMM, particularly because it does not remain faithful to HOMM’s cheesier aspects. Rather, it forces you into fairly balanced fights, across detailed factions and might vs magic, with surprising success.

The early access release consists of two campaigns, with four scenarios apiece. The first casts Cecila Stoutheart, of the Arleon faction (archers and knights), against Loth (skeletons and cultists), and alongside the chaotic Faey. The second tells the furious tale of a frogling slave and his escape from Baryan (desert) merchants. I was introduced to a range of interesting new creatures, at a gripping pace, as the story unfolded. Surely, it’s the diversity of these factions, and where creatures intersect with story, that make this genre most worth playing.

Read: Everything announced during the PC Gaming Show 2022

The adventure map is overflowing with goodies; requisite piles of wood, stone and special resources, monuments for inspiration in battle, corpses to despoil. The decorative aesthetic elements are also evocative, like frosty mountains and garish fields of mushrooms. When you venture deeper into a forest, darkness closes in prettily, thanks to a clever lighting effect. Dialogue and descriptions are also richly rewarding; wordy treats for progressing to the next location or challenge. The world is crammed with ‘spawnmates’ and ‘farseers’, ‘glimmerweave’ and ‘ravagers’. And songs as cutscenes, between scenarios.

Like in HOMM, towns in Songs of Conquest are developed by spending resources, but this is based on available sites rather than interdependent tiers of creature and tangential economic development. So, a small site could become a farm, to generate money, or a dwelling, to generate lower-tiered melee or ranged creatures. Larger sites, bought on upgrade, host buildings of weightier importance. Interestingly, if you want more of a particular kind of creature, you can create multiple of the same dwelling, as long as you’re willing to live without something else that could have been built on the same site. If you change your mind, buildings can be sold, and the site reused.

Creatures can be recruited, or drafted into a town, every turn, which mitigates the old HOMM problem of a town being captured the day before it’s suddenly full of creatures, allowing Wielders to travel somewhat more confidently. I found I still had to strike a balance between exploring, gathering resources, and maximising creature stacks, before engaging large groups of static adversaries, however.

I had to ditch my HOMM-related expectations for combat, very quickly. Sometimes you have enough creatures to win a battle convincingly, but mostly you have to ‘play well’ in as many creative and desperate ways as you can imagine. There’s a lot to combat, from raised tiles bolstering damage and range, to the strict zone of control, giving the enemy a free hit if you move out of, or through, it. Many ranged creatures have to reload, which takes a whole turn. You can then move and attack in the same turn, but at a painful 50% penalty. All of this is in addition to learning how creatures work, and so on.

Magic is interesting, too. Each creature stack generates a couple of different essences, from five, as they act in combat, then you can spend combinations and amounts of essences on spells, as many as are available, all at once, each turn. The usefulness and power, compared to the cost, of magic varies wildly depending on which skills your Wielder has learned, much like how an Implosion spell could be either ‘useless’ or ‘devastating’ in HOMM 3, depending on your proficiency in Earth Magic.

This also means that battles without an enemy Wielder are a good place to learn magic, but be prepared for absurdly damaging areas of effect spells when an opposing Wielder has a specialisation, corresponding creatures, and a few turns to accrue essence. If I have one criticism, it’s that there doesn’t appear to be a purely might-based faction, or a robust system for magic resistance, meaning that magic is never tempered. It just keeps getting more overpowered, but usually in a symmetrical way, as a campaign continues.

Wiping the floor with your stupendous army can be fun, but is it as fun as being a clever underdog or meticulous planner? There’s great satisfaction in winning a battle that is challenging, but fair. Songs of Conquest was the experience I was actually looking for when I purchased HOMM 7 recently. It’s bewildering that something as simple as a creature cap, and a few other significant tweaks, could transform an intensely familiar genre experience into a new game that I was excited to learn all over again.

The PC Early Access version of Songs of Conquest was provided and played for the purposes of this review.