Opus: Echo of Starsong is a rewarding and beautiful rumination of memory and remembrance.
Nicholas Kennedy 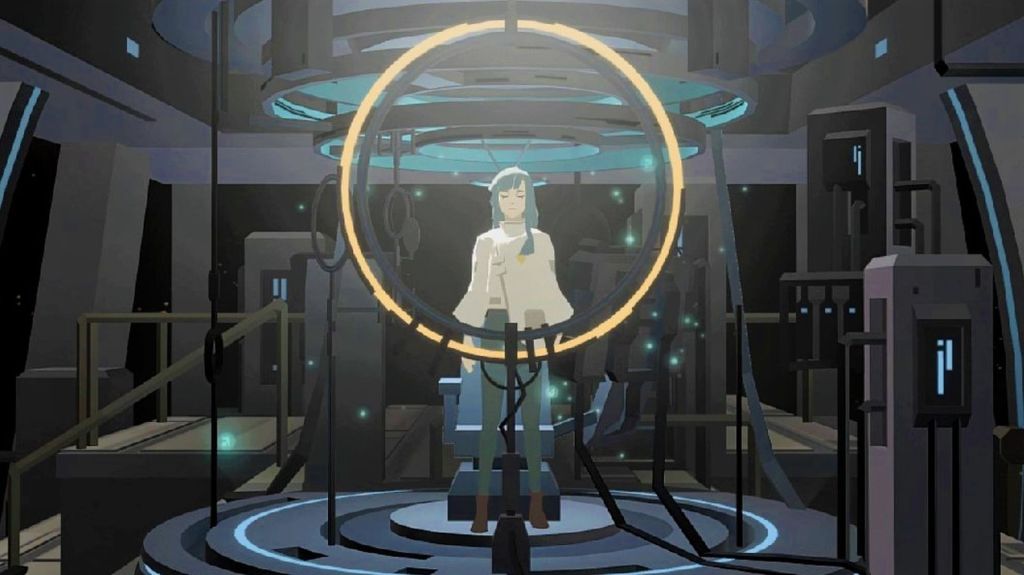 Opus: Echo of Starsong is a story obsessed with memories and how they drive us. Its narrative is characterised almost entirely by its nesting use of flashbacks, like some kind of retrospective, regretful babushka doll. The beats which make up the opening hours of the game are thick with internal monologues, reflections and grey-toned flashes from the past. Characters often ruminate on the disappointments and pain that led them to the sector of space they now traverse, an area known as Thousand Peaks.

Much like how the primary cast of Echo of Starsong are trapped in a state of arrest over their shame and anguish, Thousand Peaks too feels like it’s in a stressed, chaotic middle period between one calamitous event and another.

After a war which erupted over a resource the area is rich in – a substance known as ‘Lumen’ which exists in forms both solid and liquid, and changes form in response to vibrations and frequencies – the remaining population of Thousand Peaks is a patchwork of former soldiers, pirates, religious orders and corporate operators. They’re all left in various states of reeling after the traumatic events of the Lumen War which saw the deployment of ‘witches’, women and girls who could easily pinpoint the location of specific ‘caves’ – areas rich in lumen – and harness the substance to violent and inhumane degrees. Witches are the weapons that ended the war in Thousand Peaks, and the wounds they helped create in the area are yet to fully scar over.

It’s into this space that Jun arrives. A disgraced scion of a low-level family dynasty many sectors away, Jun has come to regain his family’s meagre pride and status by laying claim to as many of the lumen-rich caves in Thousand Peaks as he can. Jun is a spiralling, desperate young man; stuck playing by the rules of a society that positively relishes every chance to flex the power of autocracy over the weak. He’s pathetic in some ways, sympathetic in others, and like many other anime game protagonists, has a good heart, and values friendship.

After the opening hours of the game see Jun lose both his travelling companion and his broader purpose for travelling to Thousand Peaks in the first place, he teams up with a duo of witches, Eda and Remi, to continue to explore caves in the sector, an activity known as ‘running’, in which teams can be contracted to retrieve lumen for their wealthy employers.

Read: Everything announced during the May 2022 Nintendo Indie World – Opus, Soundfall, Wayward Strand, and more

Gameplay in Echo of Starsong splits its time between a few modes. There’s a spacefaring and resource management mode set against a gorgeous galactic map screen – which also presents narrative moments of risk, like whether to help a drifting ship, with the risk of there being pirates aboard. There are space station visits, which expand the broader lore of the game, and 2.5D side-scrolling exploration moments wherein Jun uses the titular starsongs (harnessed and amplified by Eda) to open doors and operate ancient machinery deep within the bowels of the asteroids that make up Thousand Peaks.

The ‘puzzles’ which sometimes appear in Echo of Starsong’s description crop up as either simply matching the correct star-song to whatever machine is in front of you, or sometimes ‘tuning’ the song, matching the radial markings on enormous doors and pump systems.

In keeping with its constant allusions to the past, Echo of Starsong frequently hides items and other flavour text around the environment for the player to discover. The amount of extra information you can glean about the past, present and future of Thousand Peaks is impressive, on top of the writing of the main plot.

Much of the narrative itself is told as though it were long past, a subtle yet effective choice by the writers. It speaks to the love with which developer Sigono Inc. has crafted and grown the Opus series since 2016’s OPUS: The Day We Found Earth and 2018’s OPUS: Rocket of Whispers, games which both carry a similar melancholic, emotional tone into the subject of life among the stars.

Echo of Starsong too, is a slow, thoughtful rumination of memory and remembrance. Beyond the games fairly simplistic expressions of management and exploration gameplay, it’s the story that is the true draw. The narrative pace here is one of a slow burn – Echo of Starsong has genuine care for its characters and setting, and sets its moments of hope and heartbreak against a gorgeous score of strings and choirs.

Even moments spent floating quietly outside each uniquely designed station, tomb, or cave can be beautiful, as the starscape shifts in the nether and violins swoon softly through your headphones. Opus: Echo of Starsong is a very particular kind of game, but when you give your time to it fully, it’s a rewarding and wonderful experience.

The Nintendo Switch version of Opus: Echo of Starsong – Full Bloom Edition was provided and played for the purposes of this review.