Milliseconds matter in Neon White, an intense, stylish, and action-packed speedrunning game that you never want to end.
Edmond Tran 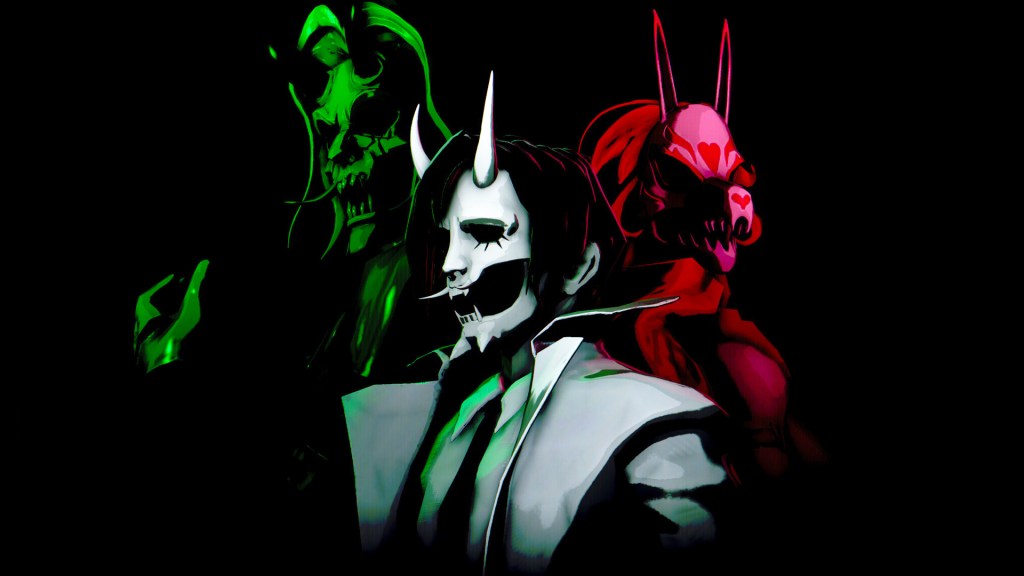 I’ve been trying to savour the experience of playing Neon White for almost a month. For a game where the majority of stages only last less than 10 seconds – under a minute at the very most – it’s taken quite some restraint to keep the flame burning for longer.

Neon White is a game about the exhilaration of speed. Running really fast, honing your reflexes, quickly dispatching demons with firearms as you speed by, performing efficient acrobatic manoeuvres, finishing each stage in the quickest time possible – and then trying it all again to push yourself even further.

It’s an energising game – each stage requires intense focus, with a string of movements and action concentrated into a handful of seconds. A thumping drum n’ bass soundtrack locks your brain into a trance, and time feels like it stands still while you play. Each millisecond matters, and sometimes that’s literally all that’s separating you in the game’s tiers of achievement, as well as the online leaderboards after each stage.

I’ve bested and been bested by a 0.01 second difference in times – a feeling that’s flabbergasting and excruciating, depending on which side of the fence you’re on. I’ve had defeats lauded over me on social media, as well as remarks of annoyed astonishment of my times – Neon White can be exciting even when you’re not playing it.

Each stage starts as a puzzle: What is a path from point A to point B? Once you’ve worked that out, the puzzle then becomes: how fast can I run that path? And as you continue to retry the level to improve your time (there’s a button dedicated to instantly restarting the stage if you feel like you’ve stumbled at any point), the puzzle then becomes: is there a quicker alternative? Are there parts of this level I can skip, and how do I do that?

New mechanics are gradually introduced as the levels progress: running on water will increase your speed; jumping on balloon-like demons will help you bounce higher, and explosions are actually your friend.

There are a variety of firearms too. They’re represented by coloured cards, though Neon White is far from a deck-building game – the simple, bright form these guns take seem to be for the purpose of making them stand out against the stark, bright, and minimalist stages, as well giving them more disposable characteristics.

This disposability is vital to Neon White, because while you use handguns, automatic weapons, and rocket launchers to quickly dispatch all the enemies required to clear a stage, you can also use them to access a number of unique traversal moves – double-jumps, air-dashes, stomps, grappling hooks, etc. – at the cost of tearing up the card, and forfeiting the weapon completely.

A lot of the time it’ll be obvious how you have to use the cards. Enemies all need to be dispatched before you can finish the stage, after all, and sometimes your path forward will be blocked with a barrier that can only be destroyed by giving up your uzi and stomping through it.

But a little more creative thinking is required when it comes to finding ways to circumvent areas of the levels, finding crafty ways to skip huge swaths to achieve the seemingly impossible times needed for the game’s highest rewards. For example, instead of wasting time taking the stairs, you might be able to just mount a tall pillar in the middle of a courtyard if you jump and air-dash onto it like so, and then hop straight to the finish from there, carving a whopping 5 seconds off your time – which feels like an eon in Neon White.

Each stage also has an optional side objective, asking you not to go fast, but to reach an incredibly out-of-place item, a wrapped present, which requires some puzzling – working out how to hoard cards by navigating through a tricky space in a different way, and then using them in a particular sequence and manner to get where you need to go.

However, for a game where the sense of flow, speed, and the pressure of time gets your adrenaline pumping, the idea of slowing right down to hunt for a beautifully wrapped gift hidden in some far corner of a stage isn’t always the most tempting prospect.

The same can be said for the purpose of the gifts themselves – you give them to specific supporting characters in between each chapter, in an effort to increase your bond between them, and find out more about their personality and backstory.

The narrative of Neon White takes place in a twisted interpretation of heaven, where sinners are dragged from hell and enlisted as labour to help cull demons from divine regions for the chance of redemption. Between bouts of speedrunning, protagonist White spends time speaking to characters to try and remember what he did in life to find himself in this predicament, and how his story relates to the characters around him.

The plot heartily echoes signature elements of early 2000s anime, with narrative segments and conversations presented in a visual novel-esque style. It reminds me most of Persona 3 Portable – both games distil various locations on an overworld, as well as the characters that inhabit them, into a sort of visual menu, allowing you to dive straight into light-hearted and well-written conversations.

The gift-hunting and social aspect of the game makes Neon White a well-rounded package that ebbs and flows, an experience that balances its intensity with moments of relaxing downtime. But it does sometimes feel like too hard of a juxtaposition to crash into a lengthy story segment, especially after you’ve just gotten your heart pumping for the last 15 minutes.

Neon White’s chapters are mostly split into 10 stages, with visual novel portions in between. Some nights, I would gear myself up for some speedrunning, only to discover that I had a visual novel section to get through first. At times like these, I resolved to simply replay earlier stages, trying to resecure my position at the top of the leaderboards.

Perhaps that was the part of me wanting to savour Neon White for a little bit longer. The intensity of finding those death-defying corners, chasing those times, and boasting about it to my friends was a way to stop myself from seeing everything the game had to offer for a little while longer.

I’ve just rolled the credits as I write this review, and it feels like there’s a hole in me. It longs for more stages, it wants to chase that exhilaration. I’m hoping that someone goads me on Twitter tomorrow, to spur me into rushing back into the early stages. I can’t wait to get back out there with a purpose. Neon White has style. Neon White has intensity. Neon White makes me feel alive.

The PC version of Neon White was provided and played for the purposes of this review.