Madison uses every trick in the psychological horror toolkit to shock you out of your seat, though it loses itself at times.
Nicholas Kennedy 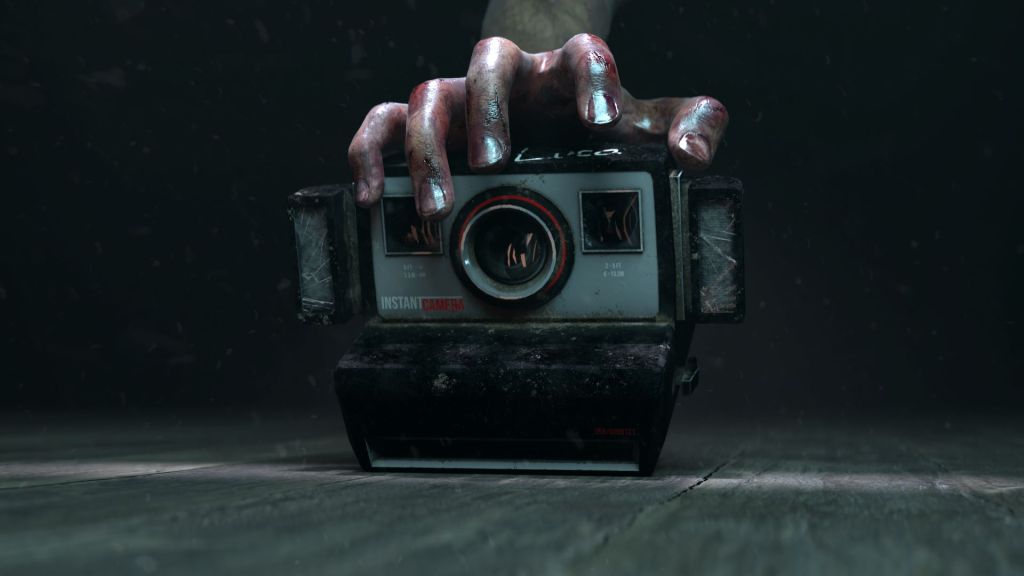 The bulb flash lights the subterranean hallway for a split second. ‘Bzzzt’, goes the printer on my polaroid camera, spitting out a split-second recording of this dank, flooded labyrinth that I inch my way through. I don’t even bother waiting for the picture to develop; this camera is no longer a tool of record, now it is simply a tool of survival. ‘Oh God…oh God’, croaks a woman’s voice through the suffocating drone of some far-off heart of hell; she’s right behind me; she’s right within my head.

I don’t think I’ve played a game that has as palpable a sense of impending doom as Madison. As a terrifying exploration of a demon’s merciless and absolute oppression of the protagonist, Madison uses every trick in the psychological horror toolkit to shock you out of your seat and grind your nerves to dust with its suffocating tension and atmosphere, all the while boring a single unavoidable thought at the front of your mind: ‘there’s a snowball’s chance in hell that any of this turns out well.’

Madison starts with visceral symbols of violence; a weeping, cursing father pounding on a door, a son covered in blood, polaroid photographs of the unspeakable, and the pitch-black atmosphere it paints from the outset only blackens from there.

Read: The Quarry Review – A supermassive achievement in horror

As 16-year-old Luca, you explore your family’s home, learning about the stranglehold that evil had taken of the place, an evil decades in the conjuring. A classical ‘haunted house’ tale in many respects, Madison takes cues from horror games like Visage and P.T., and adventure games like Gone Home to craft a domestic setting with astounding fidelity in both the seen and the heard. While the home itself is modest as far as game maps go; a kitchen, a few bedrooms, a couple of hallways and a lounge/study area, Madison‘s indulgence of the surreal and the impossible allows its world to unfurl and fold in on itself in ways that expand the scope of the game’s story; an expansion that the game doesn’t always have the attention span to capitalise on.

Brevity and self-control often live at the heart of truly great horror. It isn’t an uncommon saying now that the monster you see little of is more frightening than the one constantly serviced by jumpscares. Madison follows this rule decently, but the issue that ultimately plagues the game is an insistence on padding and variety for variety’s sake that stretches it beyond the solid, obliterating scary 2-3 hour horror experience it feels like it could have been.

This kind of missed potential extends to one of the game’s main mechanics too, the polaroid camera. Once the initial dread of lighting your way through the game’s darker places wears off – a mechanic which the game knee-caps at one point by handing you a lighter – the polaroid camera simply becomes a ‘move plot forward’ device, since you largely use it to change things in the environment or lock-in puzzle solutions. It works fine, but ultimately feels underutilised.

Madison thrusts the player through space and time, but the most effective moments happen right in Luca’s home – an area you’ll often return to – making the time you spend there, such as the games opening and chaotic ending, the peaks of the experience.

Madison loses itself to out-of-place flights of fancy during its middle periods, allowing you to time-travel as you solve a series of colour-coded painting puzzles that do little to advance the overall plot of the game, and feel more like placeholders than real, mechanically or thematically-relevant puzzles. It says a lot about the audio and visual design of the game that this lack of self-control doesn’t actually impact the experience too much. That said, if you’re the kind of person who gets easily hung up on inventory puzzles, Madison may test your patience as much as it tests your nerves.

The PC version of Madison was provided and played for the purposes of this review. 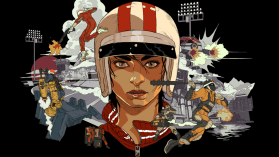 The slick, 1970s dystopian sci-fi stylings and relentless acrobatic gunplay of Rollerdrome is a brutal exercise in hard-fought satisfaction.