Len’s Island is an idyllic, welcoming take on the survival genre. But you’ll need to bring your own incentives for the long haul.
Nicholas Kennedy 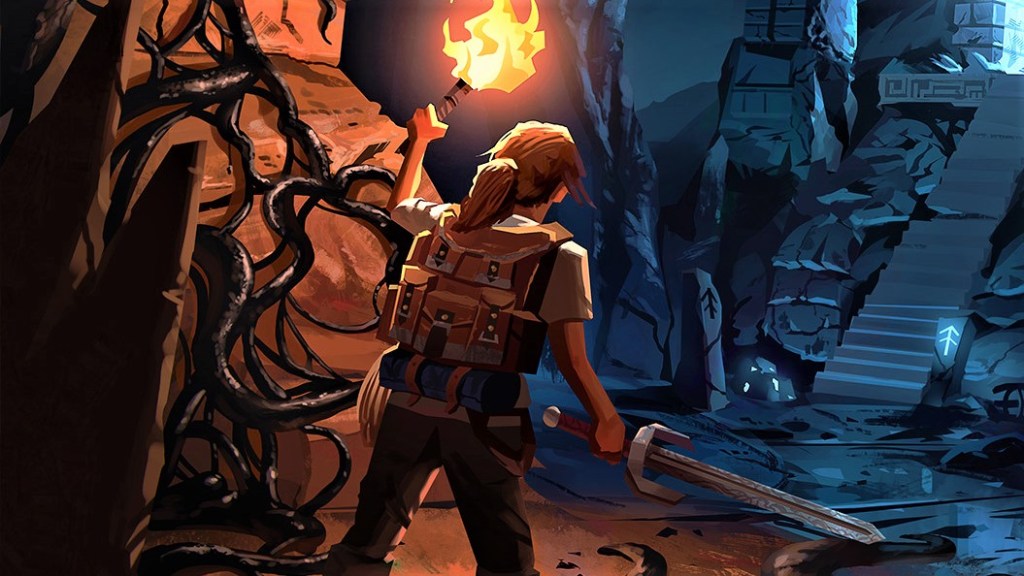 The opening minutes of effective survival games really set the tone of what’s to come. Awaking within the twisted carcass of an airliner in The Forest; crunching tentatively through the snow in The Long Dark; diving into the foreboding promise of some alien ocean in Subnautica. In the Australian-developed Len’s Island, you wash onto the shores of an idyllic, tropical land.

The soft strings and keys of the soundtrack herald your arrival. The wind blows softly through the trees like an applause. You’re supposed to be here, as if this was always your home.

Len’s Island finds itself slated more towards the perpetually welcoming and optimistic outlook of Stardew Valley than the tense and white-knuckled, resource-driven survival of the aforementioned The Long Dark. To describe something as a ‘survival crafting building game’ is about as meaningless as calling something a ‘rogue-like’ for all it tells you about the way something is going to make you feel; so I point you to that sun-kissed, glorious welcome to island shores that tells you Len’s Island is a game for you, not against you; a disposition which is both its greatest strength and weakness as it launches in Early Access.

Developer Flow Studio has gone on record essentially saying that Len’s Island is their answer to everything they see wrong in the survival genre. Unnecessary pressures on the player, juggling five different condition gauges, and a genre-wide inability to provide both compelling creative building tools alongside engaging, satisfying combat. These are sins of the genre that Len’s Island either does away with completely, or attempts to improve.

In Flow Studio’s vision of a good survival game, you arrive ready-made and equipped into a landscape ripe for your own self-expression. The only meters you’ll need to keep an eye on are those for health and hunger (with your health depleting should you refuse to eat), and you are already capable of building a wide variety of wooden, stone and ornate structures.

The pitch of Len’s Island is that its open, welcoming structure means that from the get-go, you can choose to be everything from a humble lumberjack to a daring adventurer in the caves beneath the island. Whichever way you slice it, the game will aim to provide you with an interesting gameplay loop.

There are times when this works; and the island’s portrayal of coastal beauty, with truly biblical, glorious levels of natural sea-side splendour, goes a long way to greasing the loops of Len’s Island. Its art style speaks in an accent somewhere between Runescape and Valheim by way of a truly beautiful day-night cycle. Resource collection (wood, stone, clay, grass, limestone, the list goes on…) in the game is forgivingly straightforward, with all tools necessary already in your possession the moment your little raft kisses the shoreline for the first time.

However, Len’s Island’s complete dearth of direction or any real goal to speak of is where the friction began for me. Len’s Island is so averse to placing pressure on the player that there are rarely moments where I was left thinking ‘I must do this’ rather than ‘I suppose I should do this’.

What’s missing is the pull of incentivised moment-to-moment goals. For example, the motivation of ‘if I can just get across this frozen lake, get inside, and make a fire I just might live through the night’ provides survival games with a stickiness that keeps you locked in the world, and invested in the state of your character.

Combat deep in Len’s underground system of caves (which hold their own stories) is serviceable, and there’s an impressive list of weapons to buy or craft, but Len’s Island’s easy-breezy approach to structure left me feeling non-committal towards its few avenues of advancement and lack of personal stakes in any of what I built.

I guess I could plant a bunch of blueberries in these garden beds, or build my dream villa on the beach dunes, or go kill some beasties and search for meaning in the caves down yonder, but….why? The confidence that, yes, there is probably something interesting on the end of that rope you’re tugging on has a propensity to wax and wane every now and then, considering that nobody asked you to do any of this, and even protagonist Len seems about as happy with a windowless room and a solitary chair as they are in an ostentatious multiplex of wood, stone and lanterns, if that’s what you decide to build.

It’s in finding the game’s main town where this feeling of content stasis is really brought to bear. Expecting interesting tidbits, quests, and conversations with the townsfolk, I instead found myself in what felt like a whole town cosplaying for my benefit, trading with me if I insisted, and offering nothing more than a polite greeting if I really wouldn’t leave them alone. Flow Studio plans to expand the town and other areas of the game after the Early Access launch, of course.

Broadly speaking, the initial release of Len’s Island is an inspired base from which to expand and develop the game’s world. Hopefully, the true scope of the game will come into view as updates are released, allowing its unique focus on openness and possibility, rather than pressure and expectation, to truly sing.

As it stands right now, your mileage with Len’s Island will depend greatly on your own self-motivation. The game feels like it’s always teetering on the edge of being deeply satisfying or regretfully dull, and how much you’re willing to devote to it will likely be what tips it into one camp or another.

A PC version of Len’s Island was provided and played for the purpose of this review, which is based on the Early Access version as it was in November 2021.