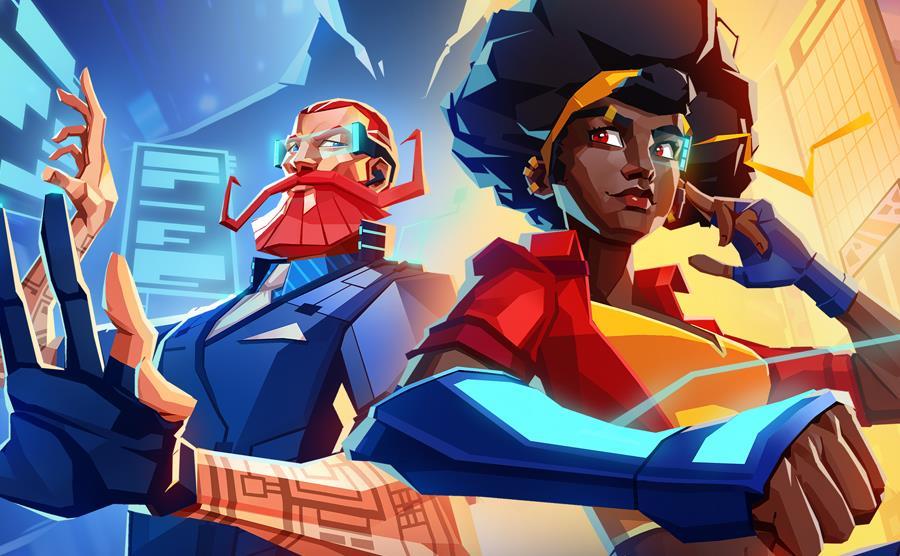 The hacker and the agent. Image: Clever Plays

Is there any more satisfying spy film trope than the lone secret agent, supported by a hacker back at base infiltrating an enemy lair? The agent moves in on foot, but their eyes and ears are enhanced as the hacker brings up building schematics, gets a birds-eye view of potential threats, and tells the agent what’s around the next corner. Tom Cruise, hanging from a wire during his first impossible mission, has Ving Rhames watching the security cameras as he descends. During any of Kiefer Sutherland’s 24-hour rampages, he’s got a full complement of tech support specialists telling him which terrorist to torture for information next. Even Vin Diesel, before he goes fast and gets furious, has Ludacris riding shotgun, with his hands on a laptop rather than a steering wheel. Operation: Tango deftly captures this experience, but not in the way you would expect.

Very few attempts have been made to realise this trope as a cooperative gaming experience, with one player as the agent and the other as the hacker, and those that tried were never able to make both roles fulfilling. In Hacktag, from Piece of Cake Studios, the agent’s more traditional stealth gameplay–moving through hostile territory and taking down enemies silently–was clunky and barebones. In Logic Artists’ game Clandestine, the hacker just didn’t have enough to do, as clicking around a faux-desktop made it a role no-one wanted to play.

These games realised individual aspects of that spy fiction trope but never allowed both players to feel like part of a suave dynamic duo at the same time. Yet still, in my mind’s eye, this was the only way to bring that two-sided design to life: Splinter Cell on the agent’s side, Uplink on the hacker’s side.

Operation: Tango takes a different, less combat-orientated approach. In doing so, it is wholly successful in making both players feel like master spies. Here, the agent spends almost no time sneaking past enemies. You don’t shoot or kill a single person for the entire game. Instead, as you move deeper through each mission, you are making gradual progress deciphering static security systems: locked doors; laser grids; hovering drones. Bypassing each security system requires the help of the hacker, whose viewpoint and possible interactions transform entirely as needed, puzzle-by-puzzle.

The game can only be played in co-op, and requires voice communication. Most importantly, Operation: Tango explicitly informs you that you should not be able to see each others’ screens when playing. With this setup, each security system becomes a self-contained puzzle, and the things each player must do to solve that puzzle will be entirely unique. The one constant, however, is that they all require communication. Sometimes, crucial pieces of information, like an IP address or 4-digit passcode, can only be seen by the hacker, yet only entered into devices by the agent. At other times, both the hacker and agent will be operating their own complex control panels simultaneously, but the instructions for each are on the opposite player’s screen–requiring cooperation through chaos. In some of my favourite puzzles, the hacker will jack into cyberspace and dodge obstacles in first-person, while the agent places and removes cyber floor tiles to assist the hacker’s navigation – floor tiles which are destroyed by moving obstacles only the hacker can see.

This journey from puzzle to puzzle never grows stale across the game’s four-hour playtime, because even when mechanics were repeated, it always came with an escalation or twist on the formula that kept me and my co-op partner on our toes. We found ourselves alternating between calmly explaining what each of our distinct viewpoints depicted; barking instructions as we executed our plans; and bursting into hysterics when the game threw one of its many curveballs our way. In Operation: Tango, failure is never frustrating, and always hilarious.

At one point, while playing as the hacker and successfully breaking through a firewall, my screen zooming down a neon tunnel of cyberspace graphics straight out of the mid-90s, I breathily exclaimed ‘I’m in!’ to my co-op partner,without even realising I had acted out the old cliché.

Operation: Tango’s greatest triumph is how well the game succeeds at both the agent and hacker halves of the experience. But this game also showed me that the spy fiction co-op game I thought I’ve always wanted – traditional stealth gameplay of hiding in shadows, but with a hacker friend in your ear – isn’t the only way to realise that trope. Even if Operation: Tango is more a series of puzzles than a traditional stealth game, both my co-op partner and I absolutely felt like secret agents by the end of it – even if we were less James Bond, and more Johnny English.

The PC version of Operation: Tango was provided and played for the purposes of this review.

Daniel Hindes is a videogame developer, former editor of PC PowerPlay and GameSpot, and all-around stealth aficionado. He and his team at Sneaky Bastards released their debut stealth game, Wildfire, in 2020. He can be found on Twitter  @dhindes, continually assuring everyone he's not a real-life pyromaniac, despite Far Cry 2 remaining one of his favourite titles.