Lake is a meditative character study that exhibits great confidence with its ebbs and flows.
David Wildgoose 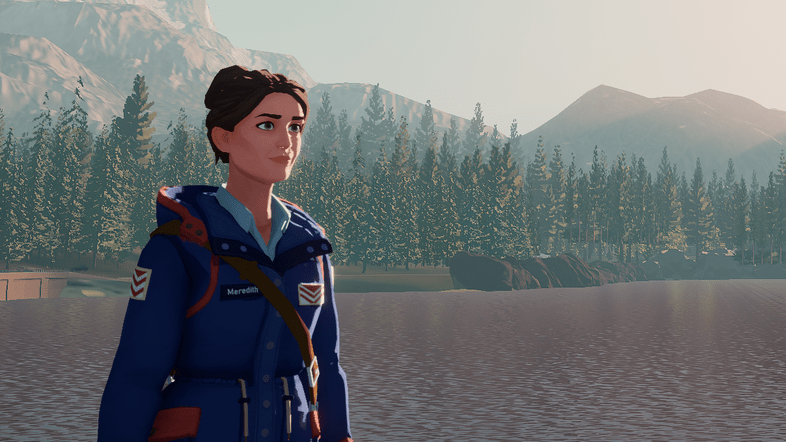 Lake wants you to slow down and take a moment. It’s evident in the playable character’s movement speed. She won’t run; she only walks. Even the button to modify her pace shifts gears from a leisurely stroll to a mere brisk walk. Take the wheel of the US Postal Service van that serves as her only other mode of transport around the tiny Oregon town of Providence Oaks and, as the van automatically adheres to the speed limit, the journey isn’t that much quicker. It’s clear that Lake is not particularly interested in getting you from A to B in anything approaching a hurry.

That’s because Meredith Weiss needs to slow down and take a moment. A forty-something programmer riding the computer boom of the 1980s, she’s focused on her career to the exclusion of all else and is starting to wonder if it’s all been worth it. It’s less halt and catch fire, more that she needs to hit pause before she burns out. So she returns to Providence Oaks, the town in which she grew up, ostensibly to house-sit for her parents and temp her dad’s postal job while they holiday in Florida. But you can already tell, especially in her muted farewell to her boss as he prepares to land a big business deal, that she knows she’s going to spend the next fortnight taking stock.

If the postal service is the lifeblood of a town, then perhaps Meredith is able to receive some sort of metaphorical transfusion. Delivering the mail around her sleepy hometown provides her with the opportunity to clear her head at least. As she reconnects with old friends and maybe even embarks on new relationships, she finds herself pondering the choices that have shaped her life to this point and wondering what she has to show for the last twenty years. The morning mail run works to introduce her to the townsfolk, but the sedate pace and meditative rhythm of its daily routine leaves much room for reflection. When you’re driving out to the old Reynolds farm to deliver a parcel, there’s not much to do other than listen to the radio, admire the view, and examine your present midlife crisis.

The eponymous lake serves as both the geographic and the symbolic heart of Providence Oaks. Driving the ring road that circles the water, as you’ll do several times each day, from Main St in the north to the dam and campgrounds in the south, the lake barely leaves your view. More than a ubiquitous physical presence though, the lake is also an emotional constant for Meredith and the townsfolk, whether it’s the site of formative teenage adventures or a reason to fight to hang on to what you have. The central themes of embracing or resisting change are echoed in the tidal ebb and flow of the lake itself.

Throughout Meredith’s conversations with the ‘Providence Oakians,’ you’re given the ability to inflect her views with dialogue choices but withhold a full commitment until the end. Her character is painted with enough specificity to feel distinctive – she’s not a blank slate – but you’re given the leeway to interpret her situation and her eventual realisation in your own way. Aside from a couple of instances, the writing avoids caricature; Meredith’s exchanges feel authentic, and her arc arrives at a destination that seems natural, a gradual accumulation of choices that could only end here, no matter which path you ultimately take.

Indeed, perhaps the most impressive aspect of Lake is its commitment to its story. It wisely resists the unnecessary distraction of collectibles or some sort of dark 2nd Act twist, a trap you can easily see a less confident game falling for. Lake is careful not to waste your time even as it insists you take all the time you need.

The PC version of Lake was provided and played for the purposes this review.