Final Fantasy XIV: Endwalker does great justice to its world and characters, and delivers a gratifying conclusion to its long-running narrative.
Percy Ranson 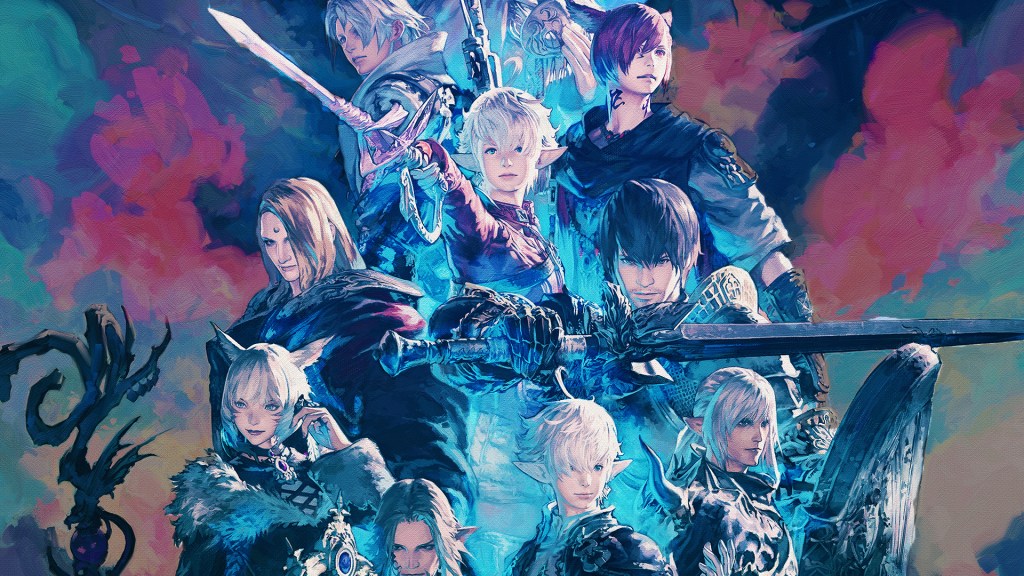 Endwalker, the latest expansion of MMORPG Final Fantasy XIV, has some pretty enormous shoes to fill. For one, it follows Shadowbringers, an expansion widely regarded as a highlight not just for Final Fantasy XIV, but for the Final Fantasy series as a whole. Endwalker is also the concluding chapter in the Hydaelyn & Zodiark story, the clash between Light and Darkness that has been slowly rising to a crescendo over the last 10 years of Final Fantasy XIV’s life.

Endwalker seeks to satisfyingly wrap up a huge array of story and character threads that have been seeded throughout each preceding game expansion, which is a truly ambitious undertaking, and is reflected in its extensive 40+ hour run-time for the main story alone. But Endwalker succeeds at almost every step, providing a satisfying conclusion to the overarching narrative, and doing great justice to its world and characters.

Hear the song of creation’s end

As Endwalker opens, two megalomaniacal nihilists stand poised to drown the world in fire and blood, intent on bringing about the long-belated Final Days. But in truth, Endwalker isn’t really a story about clashing with a horrifying villain, or finally putting an end to a long-slumbering evil. You do both of these things, and discover that it doesn’t save the day.

Endwalker is about hope and despair, the inextricable link between the two, and the struggle to find a reason to live when your end is inevitable.

It’s a journey steeped in darkness, joy and sorrow walking hand-in-hand. You lend your aid to Thavnair, a land drenched in vivid colour and sunlight. Its beautiful vistas mask a quiet desperation as prosperity wanes, and the people praise your efforts as you work to save them. You travel to the twisted remains of Garlemald, a nation in ruins amidst the frozen wasteland, torn apart by civil war and the inevitable decay of xenophobia. You offer them an open hand of friendship in their struggle for life, and they hate you for it. You journey to the moon and further, till you find yourself at the far edge of fate, companions by your side as you look despair in its face and stand defiant.

Endwalker leverages each moment of character development it created over the last 10 years, tugging on every heart-string it placed in you as it weaves this story. Key figures from prior expansions make reappearances, unfinished character arcs are resolved, and you get to see how the places you’ve left behind have changed in the wake of your heroics. The order of the Scions of the Seventh Dawn are the focal point of the story, and passing through the crucible of the Final Days reveals just how far each of them has grown since the beginning of this tale.

This humanisation of these fictional characters is vital to Endwalker’s success, because Endwalker is about finding your own meaning in the people and places around you. There is a primary antagonist, but they aren’t evil – in truth, they’re as much a victim as you are. Every step of the journey is about facing cruelty and despair, and finding the strength to carry on and maintain hope. While the world can be cruel, it is also beautiful.

Feel the sorrow at hope’s demise

Endwalker relies heavily on extended cutscenes and set-piece action encounters to deliver its story, and as wonderful as Final Fantasy XIV’s cinematics are, they do also factor into my primary criticism of the expansion – it’s rather light on engaging interactions.

During the eight or so hours of Endwalker’s opening, I can only recall two instances of combat, neither of which lasted for more than thirty seconds. If there were more, they certainly weren’t memorable. This is consistent throughout the first half of the expansion, and it’s clear that the emphasis is on tightly focused set-piece encounters rather than moment-to-moment combat.

Duties, Dungeons and Trials are where Square Enix has placed the majority of their efforts, and these curated combat experiences are incredibly well-executed. Duties often place you in the shoes of the other Scions, granting you new abilities and, in some cases, entirely changing the mechanics of the game. Boss designs in Dungeons and Trials are also at top-form here, with a wide variety of positional and unique mechanics to keep you on your toes.

For those invested in the story, these encounters act as moments of dramatic resolution, moments in which you take decisive action to influence the narrative in which you’ve become immersed.

Think, and find your way in the Darkness

There is so much more I could praise Endwalker for – Masayoshi Soken’s incredible music, or the top-notch design of new character jobs, Reaper and Sage, are just a couple that spring to mind. Final Fantasy XIV: Endwalker. You’ll laugh, you’ll cry, and when this story ends, you’ll find another one just waiting to begin.

The PC version of Final Fantasy XIV: Endwalker was played for the purposes of this review.