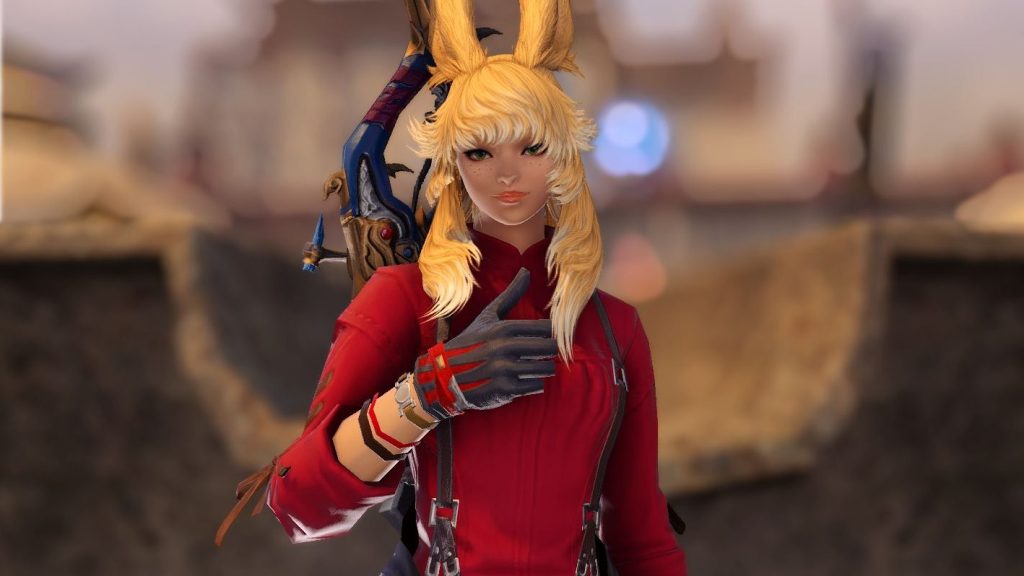 ‘As unrelenting light drowns the world and renders it a wasteland forgiven of self and soul, a would-be hero calls out to his saviour. His prayer is answered, as I hope that mine too shall be.‘

While the Crystal Exarch calls for the salvation of a world, I have a more desperate plea – for you to join me in considering the long-form narrative in the critically acclaimed MMORPG Final Fantasy XIV (which by the way, has a free trial that allows you to play through the entirety of A Realm Reborn and the award-winning Heavensward up to level 60 for FREE with no restrictions on playtime)!

Final Fantasy XIV is uniquely placed in the MMORPG genre, as it has often been described as an RPG first, and an MMO second. While most of the popular and well-known MMORPGs do feature overarching narratives, few have garnered the same response from the community when it comes to an emphasis on storytelling.

But when people describe Final Fantasy XIV in this way, the implication seems to be that these two aspects are disparate, that the excellent story is a result of the RPG aspect, while the MMO side is simply reflected in the gameplay-focused multiplayer content. But the story of Final Fantasy XIV is not excellent irrespective of being an MMO. Rather, the MMO aspects actively enhance the narrative.

Final Fantasy XIV has a mandatory main story that you’re required to play, filled with the vibrant characters and fantastical story beats you would expect to find in single-player entries of the Final Fantasy series. After playing through the first major chapter of content, A Realm Reborn, it wouldn’t be unfair for a newcomer to come away with the opinion that this is a decent-enough RPG, oddly packaged into an MMO format.

For somebody wanting a single-player experience, Final Fantasy XIV is a surprisingly viable choice, because you can complete the vast majority of its content without speaking to another player. But approaching the story from a single-player perspective will leave you missing out on what makes Final Fantasy XIV truly excellent – the investment you form through the MMO aspects of the game.

Whether you’re instantly hooked by a fascinating premise, or you’ve spent so much time with a story that you can’t help but care about it, investment comes from some combination of interest and time. It’s a bitter truth to swallow for writers of fiction, but almost nobody is going to care about the historical intricacies you’ve written for your world, or the secret motivations of your villains, that you’ve concealed under novels of dialogue.

Your plot might be clever and well-written, but before an audience will care about that, you have to hook them with something far more surface-level. I tried to hook you into this article with some flowery micro-fiction and a meme. Final Fantasy XIV hooks you into its world with catgirls and gunblades, and it keeps you caring with the time you’ve spent, and the friends you make along the way.

The Final Fantasy XIV protagonist is a blank slate. You are the ‘Warrior of Light’ of course, but little beyond that fact is defined because the narrative is designed to not take your character’s actual skills and abilities into account. Rather than your character having a unique expertise or skill-set, Final Fantasy XIV’s cast of NPCs are the real problem-solvers and experts, and much of the story’s success comes from the quality of these NPCs.

Through the first chapter of A Realm Reborn, all the way to the upcoming Endwalker expansion, these companions struggle and grow, forming bonds and enduring hardships as the story progresses, and as you travel alongside them, bringing to an end the chorus of blind vengeance in a fallen promised land, liberating a new dawn from the blood-drunk conqueror, and putting a lonely, tired soul to rest far from home.

The Scions of the Seventh Dawn are your companions through all of these moments, and your investment in them grows with the time you spend together. This is where the MMO side of Final Fantasy XIV shines, because MMO’s are all about time, and you spend a LOT of time with these characters.

As new content releases, dungeons, equipment, quests and challenges are integrated into the world of the game through new side-stories, giving players more opportunities to spend their time accompanying the cast of NPC companions as they deal with these events.

By leaning into the core tenets of the MMO genre – new content without a definitive ‘end’ state to keep you playing – Final Fantasy XIV gives the player opportunities to see the same world they’ve been exploring in a new way, and to further develop investment in the world and its characters.

And while you progress through the story, meet new characters and clear the plethora of content Final Fantasy XIV has to offer, you’re surrounded by other players doing the same thing. Unless you actively try to keep to yourself, it’s difficult not to get involved with the community to some degree.

If you find yourself in a Twitch stream, a Discord group or any of the myriad other ways players form communities, you’ll invariably encounter people discussing the story.

Reminiscing on past events, speculating about things to come, accidentally revealing massive spoilers (seriously, watch out for that), the community engages with the ongoing story all the time, in a way that you rarely see for games that have a defined beginning and end.

As an MMO, Final Fantasy XIV facilitates the creation of these player communities, and they serve to foster investment in the world and its dense, magical story.