Exo One Review – Gravity and gravitas

A beautiful game of movement, momentum, and emotional weight, Exo One is a deeply satisfying sci-fi experience.
Nicholas Kennedy 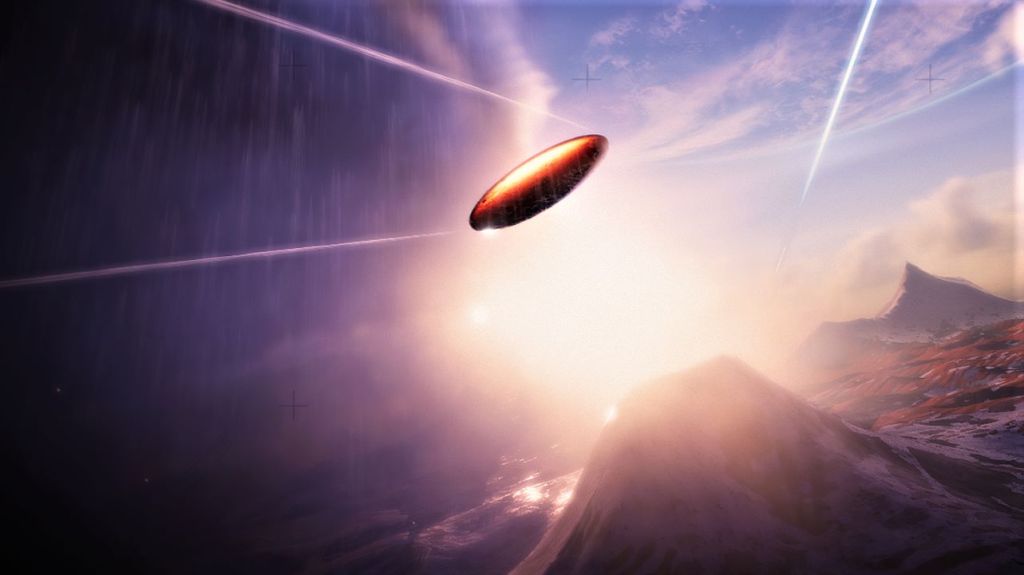 If there’s a single opening credits sequence that plays in my mind, over and over again like a melancholic prophecy of doom, it’s that of Raised By Wolves, the dense, Ridley Scott-produced hard sci-fi drama from 2020. Much like other opening credits, Raised By Wolves’ provides a summary of events up until the story’s beginning, but its true triumph is the profound, and extremely specific emotional state that it places me in every time I see it.

Rendered in a sketchbook stop motion, you watch the nuclear destruction of human progress on Earth; catastrophic, absolute, and self-inflicted. Eventually, you watch the tracing of a desperate, pinging signal as it escapes across the universe, against all odds, in an attempt to continue something resembling humanity. It’s Ben Frost and Mariam Wallentin’s score that seals just how arresting I find this sequence, with Wallentin singing at one point:

It’s that theme of longing; not just for survival but for meaning and absolution, that I find so affecting in the themes of Raised By Wolves, and I was struck profoundly when I recognised it in Exo One, the flying traversal game from Australian game developer Jay Weston (developing as Exbleative).

In Exo One, players pilot a ship of alien design, a craft able to both morph its form (from sphere to disc) and alter its gravitational pull on a whim. In one moment, you can glide gracefully through the air before a pull of a controller trigger sees you plummeting dramatically to the planet’s surface, using your ships’ spherical shape to ride and catapult along the dimpled and jagged terrains which make up the levels of Exo One.

There’s a deep satisfaction to be found in Exo One, and the game’s aversion to really punishing you (at least until some later stages), as well as always having a new gradient for you to build speed on, contributes to an easily achieved flow state – one which allows for a kind of spiritual, kinetic connection between yourself, the craft, and the landscape below.

Perfectly aligning your descent into a crater and converting that momentum into a glorious, careening glide is the thing that makes Exo One special.

Stop moving for too long and you’ll notice the simplicity of a lot of these places, which makes sense. They’re desolate and alien planets, untouched by life as far as you know, essentially presenting as levels from any other number of 3D marble platformer games from the 90s, but with a mystical, enigmatic twist, and a preference towards momentum.

As much as Exo One is a game about perfectly timed movement and achieving a flow state, the game’s melding of obtuse, cosmic iconography and landscapes with a momentous calling to the beams of light that mark the end of each level awoke that same feeling of urgent, desperate movement I got from Raised By Wolves.

Exo One does have a narrative of its own, one which you can take or leave, but the emotional gravity it manages to imbue into each and every movement of your ship, especially in the closing level of the game, leaves you with the feeling that even in this massive, lifeless expanse, your pilot has only one place they truly want to be.

EXO ONE was played on an Xbox Series X and acquired via Xbox Game Pass for the purposes of this review.