Eastward Review – A gorgeous homage to a beloved era

It’s impressive that something as charming, gorgeous, and lovingly constructed as Eastward even exists, even if some antiquated pacing bogs it down.
Nicholas Kennedy 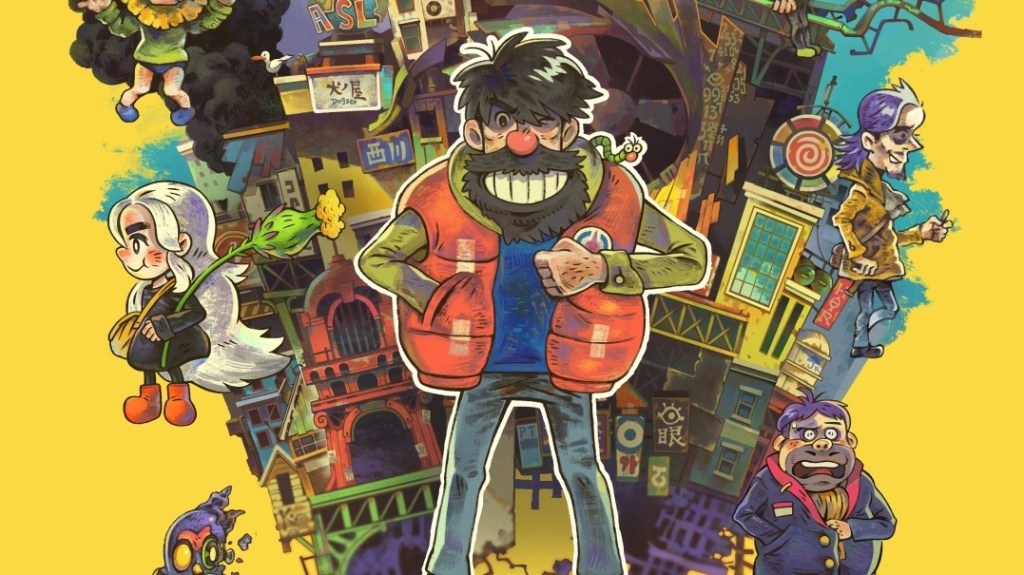 Nostalgia is the fuel of a game like Eastward. As an extremely handsome homage to games like Earthbound and early The Legend of Zelda titles, Eastward plays all the notes of iconic top-down RPGs we’ve seen before. It has the odd, vibrant cast of characters; the keen sense of adventure and mystery; and the central relationship between a person who speaks way too much and a person who won’t say a word propelling the whole thing forward.

Beginning in the underground hovel town of Potrock Isle, you’re introduced to the headstrong yet friendly Sam, and her mute father figure John. Sam is a girl of mysterious origin, discovered somewhere within the ruins of the old world in a kind of status pod, and John, well, John seems to have taken all the work that’d go into talking and instead put it into being really good at killing things (and cooking).

After the two begin to chafe against the insular, Plato’s cave-esque dwellings of Potrock Isle, they’re cast out to the post-apocalyptic surface world, careening along a still surviving railway system. Sam is the voice of the duo; and reacts to the world above-ground with wide-eyed amazement; and whether it’s cooking a delicious banquet for a crime boss or riding a burned-out truck down white-water rapids, she meets basically any situation with an optimistic determination.

The characters the pair meet are often out-sized and charming in their own ways, but it’s the world of Eastward that is the true draw here, and the endless pull of the game’s beautiful artistic direction is a major element of what continued to pull me along its path. Between its charismatic animation, beautifully melodic score, and densely detailed environments, it’s hard to overstate just how good of an impression Eastward makes in its opening hours, if you happen to have an affinity for its key inspirations.

However, it isn’t initially obvious just how much seems to be crammed into the package that is this game; whether it’s the aforementioned aesthetics of the thing, the forty-some hours that the main narrative requires, or the entire extra RPG game, EarthBorn, which exists entirely within the game universe; playable at arcade cabinets scattered throughout the world. As far as kitchen-sink approaches go, one tends to have to take the good with the bad, and Eastward is no exception.

While it’s a game that presents as oozing with a kind of brisk, almost trivial vibrancy, Eastward is actually an extremely patient beast; it takes its time, and it’s a game that likes dialogue. A lot of dialogue. The joy of exploring the nooks and crannies of Eastward is often interrupted by extended narrative sequences where you’ll be introduced to new characters or watch conversations and machinations unfold, and it has a dulling effect on the pace of things making Eastward sometimes feel like a game that can’t get out of its own way.

Playing through Eastward tends to give the feeling of travelling through time somehow, with a whimsical, child-like joy weaved into its opening chapters. I’m sure I had the feeling of playing something like Eastward in 2001, as I adventured through The Legend of Zelda: Oracle of Seasons on my Gameboy Advance SP, snuggled up in the backseat on a drive back from some family gathering. It’s also transportive for the fact that there was once a time where games struggled to meld storytelling and gameplay as deftly as they do now, and Eastward unfortunately tends to commit this same sin.

Shifting gears between real-time exploration and combat sequences into moments of buttoning through reams of dialogue boxes is a friction that the game never truly gets over, and it ultimately makes the game feel longer and more verbose than it ever really needed to be. When new characters emerged from the shadows I cringed at the onset of more and more dialogue, which too often does little to broaden the world or plumb its depths. The environments and visual storytelling within are already so striking that Eastward could almost play effectively as a silent film.

It’s in those moments of real-time control of the characters where Eastward truly sings. Picking your way through the incredible environmental design of the game, whether it be lush forests or dense, colourful urban environments is a joy. Exquisite lighting throughout Eastward imbues the already impressive pixel art with an elevated sense of life and ambience. These sequences have their equal share of exploration, combat and puzzle-solving, with Sam and John forming a kind of attacker/support duo; Sam with her magical abilities which stun enemies and provide light in the darkness, and John with an ever-growing arsenal of weapons, and a mean frying-pan wallop.

It’s heartening to say that Eastward doesn’t just skate by on the wondrous production quality which has garnered it plenty of double-takes since its announcement in 2018. Fighting your way through the spaces of its world is just as pleasurable as examining them, and it’s impressive that something as charming, gorgeous, and lovingly constructed as Eastward even exists; at least when it has the good grace to stop talking for a second.

The PC version of Eastward was provided and played for the purposes of this review; a Nintendo Switch version was also tested.