Crisis Core: Final Fantasy 7 Reunion is a gorgeous remaster that maintains the spirit and liveliness of its predecessor.
Leah J. Williams 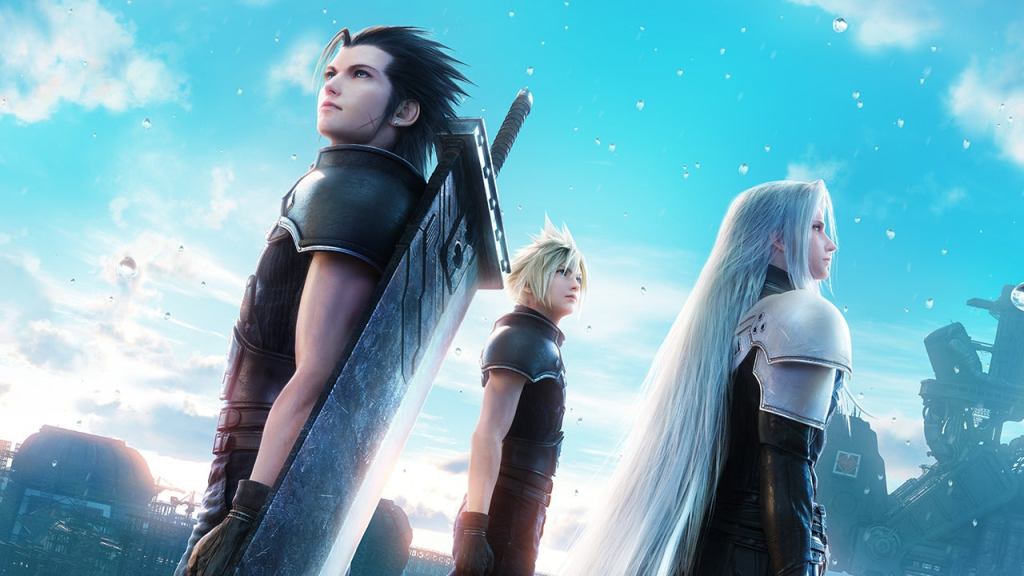 In the wake of Final Fantasy 7 Remake, players were left with countless questions – of Avalanche’s fate, Cloud Strife’s next steps, and the devastation soon to be caused by villain Sephiroth. But perhaps the most intriguing was the question of SOLDIER hero, Zack Fair. In the closing moments of Remake, a vision of Fair appeared before Cloud – one that wasn’t in the original game – as a memory soon washed away by the destruction of Midgar city. For those unfamiliar with the Final Fantasy 7 story, it was a tantalising glimpse into the future, and into Crisis Core: Final Fantasy 7 Reunion.

Originally released for the PlayStation Portable in 2007, a decade after Final Fantasy 7 launched on PlayStation One, Crisis Core aimed to fill gaps in the story of SOLDIER, Sephiroth, and Cloud Strife. In its tale, you are Zack Fair, a friendly, goofy, second-class SOLDIER operative with aspirations to join the heroes of the first class, and leave a lasting legacy.

Fair’s journey grows more complex as the true nature of SOLDIER and its experiments are revealed, and strange desertions plague the first unit. As Fair’s mentors and friends begin disappearing, it’s up to him to discover the secret of the Ancients – and why monsters are advancing on the battlefields of Nibelheim, Gongaga, and Banora.

In remastering Fair’s tale for modern audiences via Reunion, Square Enix and Tose invite newer fans into Crisis Core‘s peculiar flavour of heartbreak, illuminating more of the Final Fantasy 7 story with strong reverence to the past.

Crisis Core: Reunion is a throwback to a simpler time

Unlike Remake, which is a complete overhaul of the visuals, gameplay, and story presented in Final Fantasy 7, Crisis Core leaves the past intact, making only minor continuity changes to better align Crisis Core with Remake and upcoming sequel, Rebirth.

Despite welcome tweaks, Crisis Core: Reunion remains a clear product of the 2000s, with only a sprinkle of modern convenience baked in – for better, and worse.

This age is largely felt in the game’s combat system, which pairs basic melee-or-magic combat with a contentious ‘Digital Mind Wave’ (DMW) feature that provides an element of chance in every battle. As Fair, working his way through the ranks of SOLIDER, you’re tasked with fighting waves of enemies in sword-based battles, aided by magic attacks.

You can choose to melee enemies with powerful combos, defer to magic fire, lightning, and ice-based magics, or wield a combination of both to fight back enemy tides in each of the game’s ten major story missions (and plentiful side quests).

As you fight, the DMW feature – a constantly-moving slot reel in the upper left side of the screen – will provide additional high-powered attacks inspired by Fair’s feelings and relationships with his comrades. Fight long enough, or get lucky enough, and you’ll unlock a rare high-powered move that inflicts greater damage, and saves you from ultra-powerful enemies. If you’re unlucky, you may only get a damage nullify effect, or a low-powered strike move.

It’s an odd and sometimes frustrating system, but one that adds intriguing dimensions to Crisis Core‘s combat. Some towering fights that appear impossible at first – Ifrit, Bahamut – are provided a real sense of hope with these randomised DMW abilities, particularly if you’re tackling the harder difficulty, and looking to scrape every chance you can get.

Crisis Core demands a level of competency from its players, with difficult fights right out of the gate. Enemies tend to have robust health metres, requiring you to chip away over a period of time, and avoid being one-shot killed by massive blasts. To maintain momentum and keep Fair’s story firing, you’ll need to devote time to the grind – although opportunities to do so are peppered throughout the game’s main stages, and never it feels too intrusive.

It’s not the only element of the game that remains dated, however – with odd choices of dialogue and stilted delivery also ageing Reunion. While the reasoning is unclear, some cutscenes in Crisis Core feature a strange dialogue cadence where characters pause, sometimes in the middle of sentences, for false gravitas. It throws the pacing off and distracts from the narrative, which becomes complex so rapidly that it’s easy to miss essential beats.

The timeline of Crisis Core tends to leap forward rapidly, but this occasionally gets lost in the ‘cheese’ of odd, stilted conversations around Gongaga, and ‘dumbapples’. This is eased in the more dramatic final stanzas, but remains a bugbear throughout the action.

Seven years in the blink of an eye

To balance its quirky timeline and give a sense of grim years advancing, Crisis Core invites players to romp through various SOLDIER side missions, which are repetitive in structure but provide new challenges and rewards with every completion. They tend to follow a basic pattern – travel through bland caves, fight various monsters, collect your reward – but can be tackled in any order, and only as needed.

Each mission is an effective gauge for how levelled you should be in boss encounters, with missions between story chapters allowing you to level up and progress when the difficulty spikes. If you tackle a new side mission and it’s slightly too hard, it’s best to continue on the main path, and advance the story. If newer missions are too easy, it’s time to face the next boss.

While clearly designed as padding for a tale that clocks in around the 10-12 hour mark (much shorter than Final Fantasy 7 Remake), these missions serve as bite-sized chunks of combat great for perfecting weapons, and spending more time in the game’s world. On Nintendo Switch, they feel right at home – after all, Crisis Core was originally designed to be a portable, easily accessible adventure for pick-up-and-play.

The story lends itself well to this structure, with each chapter pulling Fair’s tale along a stretched timeline, charting years of growth and development. While the rapid pace does occasionally confuse – the tale is essentially a seven-year-long introduction to the beginning of Final Fantasy 7 – each chapter is well-defined by impactful story beats, and Fair’s personal growth.

While he starts the tale as a loveable, friendly, over-enthusiastic ‘puppy’, each chapter pushes him along a less hopeful path. He matures with the tone of the tale, as paths get rockier and villains Sephiroth and Genesis begin forging their dark futures.

While the rise of Genesis and the slow descent of Sephiroth are epic, interweaving tales, they feel well-contained on the Nintendo Switch – the console for which we were provided code. Over the last few years, complaints about the performance and power of the console have frequently been raised, with many flagging a need for updated hardware as games grow in scope.

But despite its flashy adventure and gorgeous, detail-filled cutscenes, Crisis Core never buckles on Switch. It maintains steady performance throughout each battle, and only hits very brief, barely noticeable slowdown in major CGI cutscenes. There are caveats along the way – hair often appears pixellated, and the action tends to blur when more horsepower is needed for graphically-intensive scenes – but beyond small quirks, Crisis Core looks and plays fantastically as a handheld game.

While it’s easy to point out that the game was originally released on the PSP, and naturally requires lesser performance, the action of Crisis Core was largely built in the Remake engine (Unreal Engine 4), which was designed for PlayStation 4. In that regard, the translation is extremely well done. With consistently smooth graphics, sleek combat and dazzling locales, Tose and Square Enix should be commended for succeeding where many others have failed.

Even on Nintendo Switch, the sweeping narrative, god-powered fights, and creeping darkness of Crisis Core shines through.

The mythos grows as Rebirth begins

Those who’ve played Final Fantasy 7 Remake (or are familiar with FF7) will know Crisis Core: Reunion was never going to be a happy tale. But despite its inevitable conclusion, it maintains a sense of blistering excitement and hope that keeps the action moving. Fair is a delightful, compelling protagonist who, despite largely being unseen in the ‘main’ games, has a major impact on the FF7 story.

While Crisis Core‘s shorter length is surprising, given the depth of the story it tells, the hooks it digs in are well worth unearthing. The trio tale of Angeal, Sephiroth, and Genesis is a relatively hidden side chapter of the FF7 Compilation, but it provides a deep, emotional core that will likely resonate in Rebirth and beyond.

A Nintendo Switch copy of Crisis Core –Final Fantasy 7– Reunion was provided for the purposes of this review. GamesHub has affiliate partnerships. These do not influence editorial content. GamesHub may earn a small percentage of commission for products purchased via affiliate links.