Night in the Woods captures bittersweet millennial life under COVID-19

Through protagonist Mae, videogame Night in the Woods asks: what will the future hold, if we can’t possibly go back to the way things were before?
The Conversation 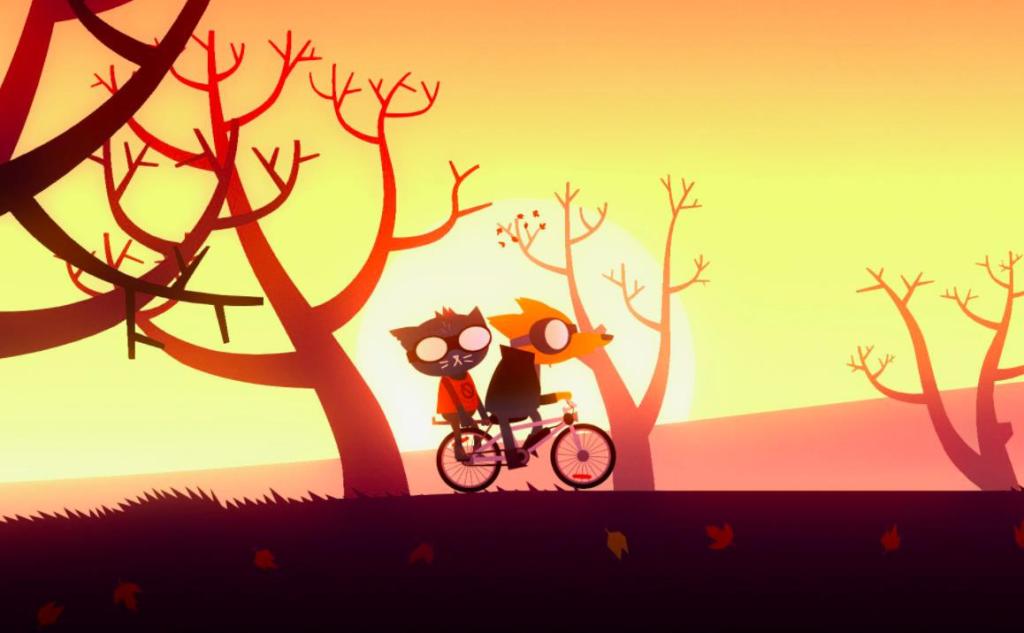 While there is a supernatural element, for the most part, the game’s eerie, Gothic air captures the existential dread inherent in being a young person in the 21st century. Image supplied.

Night in the Woods is a video game about strange in-between spaces: between youth and adulthood, between a rose-tinted past and an uncertain future. Released in 2017, it feels especially resonant in a time of COVID-19. Its themes of underemployment, decaying cities and youth disenfranchisement, combined with a mood of uncertainty about the future, presciently capture this moment.

A single-player adventure game, the narrative of Night in the Woods begins with the protagonist, anthropomorphic cat-punk Mae, dropping out of university for mental health reasons and returning to her rural hometown. Her father forgets to pick her up from the bus stop, so Mae finds herself walking home through the dense, shadowy woods.

The player navigates Mae through a two-dimensional landscape, including the remnants of an old playground. Essentially, we pilot Mae through the ruins of her childhood.

This sets the tone for the plot ahead: a fractured and bittersweet coming-of-age story where Mae is caught between nostalgia for her youth and the unfriendly reality of the adult world around her. While there is a supernatural element, for the most part, the game’s eerie, Gothic air captures the existential dread inherent in being a young person in the 21st century.

The game’s setting, Possum Springs, is a fictional town steeped in reality. It sits in America’s Rust Belt, a once booming industrial hub that has fallen into financial hardship as local resources dry up. The adults and old-timers talk about The Good Ol’ Days, and the young people — Mae’s old friends — find themselves either unemployed or stuck behind retail counters just so they can pay the rent.

Mae finds herself afloat: she is unemployed and has left her studies, so there is little for her to do except wander around town and try to avoid her own creeping dread. As the player sends Mae exploring, they can poke through the nooks and crannies in Possum Springs and witness Mae’s complicated emotional reactions to what she finds there.

She mourns the ruin of a parade float from her childhood, now left to be eaten by rats in a storage room. She sneers at the war monument in the centre of town. She falls back into self-destructive habits when the sense of nightmarish boredom becomes too much.

Night in the Woods hits close to home in 2020, with hundreds of thousands of young Australians unemployed, casual and part-time work precarious, and the future of the job market hazy. 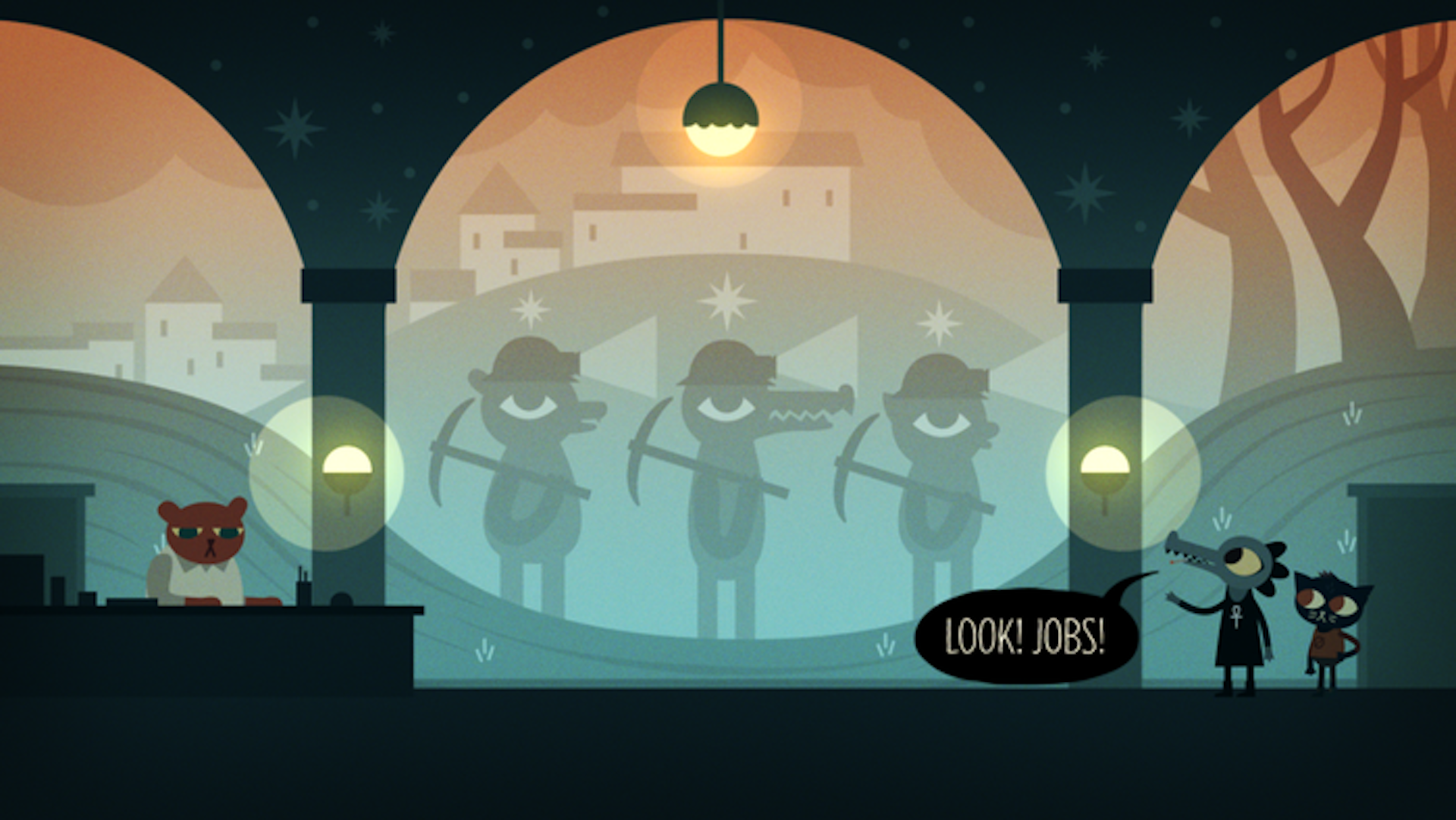 If you’re not standing in a Centrelink queue that wraps around the block, you may find yourself thrust into a hazardous and unforgiving retail environment. Or you may find yourself, like Mae, returning home and living with your parents. Financial security, good health, and personal agency feel just out of reach.

As traditional markers of maturity, like buying your first home or settling into a solid career, become less and less accessible, the borders between youth’ and ‘adulthood’ are increasingly blurry.

This has been true for a long time, but COVID-19 has highlighted the strange in-between space many members of the millennial and Z generations occupy. Mae’s anxiety is not pandemic-related, but as Possum Springs crumbles around her and her dreams become increasingly haunting, she becomes an emblem of her generation.

Through Mae, Night in the Woods asks: what will the future hold, if we can’t possibly go back to the way things were before? What if we can’t rely on the adults, who we assumed had it all figured out and would always protect us? And what is an adult, anyway?

The eventual villains of the piece are a group of old timers who are all too willing to hurt vulnerable people in the name of returning Possum Springs to its former prosperity. This is part of the game’s Gothic horror element, but it is, in a way, also one of its most realistic aspects.

Mae’s loss of faith in the protective authority of adults, the financial stress and disenfranchisement of her friends, and the overall aura of uncertainty make Night in the Woods a raw and harrowing picture of 21st century youth.

But the game also has a hopeful ending, even if things remain shaky. Maybe it is not as simple as saving the day and defeating a great evil. Maybe things will never go back to ‘The Good Ol’ Days’. But Mae and her friends have each other, and are ready to face the uncertain future with a rebellious fire in their hearts.

The game ends with Mae ready to keep going, which is no mean feat.