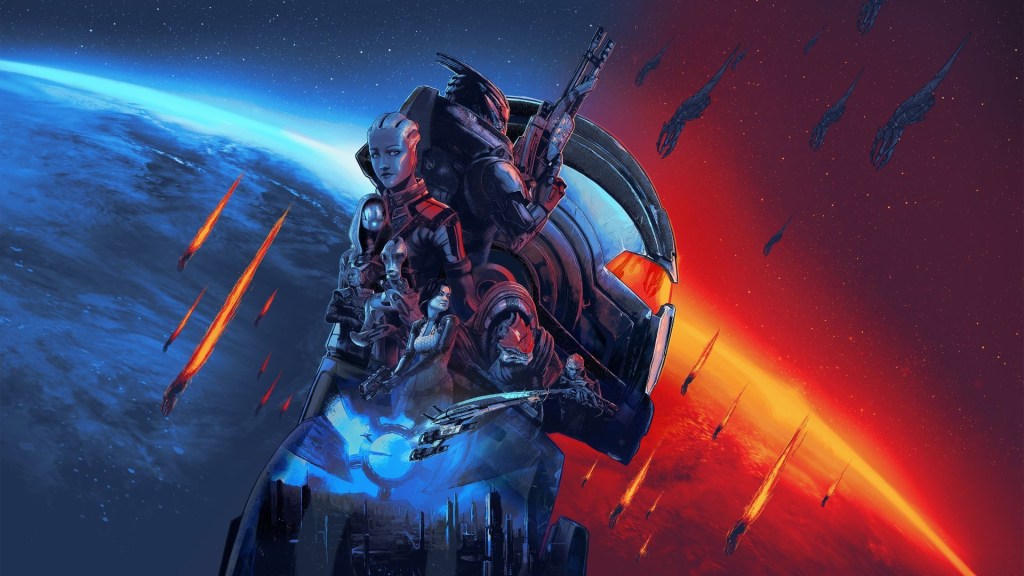 The Mass Effect series was originally released to widespread acclaim, with praise heaped on its story of intergalactic war and survival against all odds. However, Mass Effect also tells a story about human colonisation and expansion across the galaxy – a far more complex and fraught topic.

While that narrative generally takes a backseat to the main plot of characters going to war against a genocidal invading force, the series features several instances where colonisation becomes a key part of the ongoing narrative.

It’s important to note that Mass Effect’s whole narrative discussion of colonisation is explored through a colonial lens – and one that represents the act with positivity. For players that do not treat the idea of colonisation with kindness, this narrative can be distinctly alienating.

As a First Nations Person living in colonised Australia, I had a few thoughts.

In Mass Effect lore, humans discovered what is known as a Mass Relay orbiting Pluto, during their exploration of the stars. This Mass Relay allowed humans to travel great distances across the galaxy in seconds. Humanity began to discover more and more Mass Relays and in their curiosity, started to activate them, which eventually caught the attention of the Turians, an Alien Race that saw them as a threat.

Humanity’s ‘curiosity’ about activating relays caused them to break regulations enacted by the overseers at the Citadel Council, and this began the First Contact War between humans and the Turian race. Which is where the racism of the series stems from.

The recent Mass Effect Legendary Edition, released in 2021, remastered the first three games in the series, and gave audiences a reason to return to a game that had made an impact on them many years ago, myself included. But it allowed new, younger audiences to experience the game for the first time.

As people began to share their thoughts on new social platforms like TikTok, one of the most common talking points was about how obnoxiously racist one of the companion characters – Ashley – really was. TikTok certainly did not have kind things to say about Ashley, who was labelled a ‘space racist’.

Aside from Ashley, people were also noticing how dated the dialogue and story felt by today’s standards, and just how problematic it had been. Some of the more telling quotes from the game include: ‘I can’t tell the Aliens from the animals’, ‘I’m concerned about the Aliens[…], should they have full access to the ship”, and the self-defence of, ‘It’s not racism, not really.’

A lot of the human characters in Mass Effect harbour racist feelings towards Alien races, and the in-world reasoning for that is the First Contact War. The First Contact War acts as a sort of Red Scare – Aliens cannot be trusted due to their history and part in the war.

Most of this sentiment, however, is funnelled through Ashley’s character, who acts as a representative for humans in the same way your non-human companions represent their own species. Ashley’s primary trait seems to be reminding you that she hates Aliens.

Of course, as Commander Shephard, you can choose to tell her off for her racism, but it’s only in exploring the motivations for her racism that you can begin to understand her motivations as a character. Yes, Ashley’s entire personality revolves around her racism and xenophobia. It does not exist outside of that.

She’s an incredibly uncomfortable character whose views represent most of the human colonists that are expanding their reach through the galaxy. In some respect, it makes the option of leaving her out of your story so much more meaningful – but that decision also comes with its own issues.

At the end of the Virmire mission in Mass Effect, you are given a choice to either leave Ashley or Kaiden behind, to die the death of a hero. This is great, since you can remove Ashley and her racism from your version of the plot, but is it worth letting a racist die a hero?

What’s problematic in Mass Effect is how the game illustrates human colonists – they are portrayed as being rightfully fearful, and rightfully racist, because they lived through the First Contact War.

But where the portrayal of each side differs is in how the aliens are depicted: as the problem.

The humans in Mass Effect are the audience’s entry point into this world. They’re ignorant towards all of the Alien customs, regulations, and cultures, and that allows for a lot of handy exposition.

It can be said that much of the game’s writing is designed to portray the main Alien races in broad strokes – or rather, stereotypes – in order for you to get a quick understanding of their demeanour.

Turians are described as the military or police – they’re very straightforward and by the book – and portrayed as genocidal and untrustworthy, along with the Salarians. Krogan are described as a series of warring tribes, portrayed as uncivilised and brutal, with the ‘savage’ descriptor used plenty of times – to my disgust. And Asari are very book smart and intelligent, though highly sexualised and manipulative.

To its credit, Mass Effect does provide plenty of moments that allow you to push back, allowing the player to see depth in a character, no matter what their race. But the first layers of dialogue with non-human characters almost always come from a position of xenophobia.

For me, in exploring and saving these human colonists I began to wonder: ‘Are these the people I really want to save?’ For the most part, the answer was ‘no’.

Quite possibly the most egregious example of xenophobia occurs with a race called the Batarians. The Batarians are the Alien race the game wants you to hate at almost every point they appear – they’re described as ‘thugs,’ and are often the criminal element.

There are brief, optional moments where you can see another side of the Batarians and treat them as something more, but they are fleeting.

In X57: Bring Down the Sky, a piece of downloadable content (DLC) for Mass Effect, a group of Batarians try to hijack an asteroid to bring it down onto the human colony. You, of course, save the human colony, and as a result, you can decide how you want to deal with the offending Batarians. You are offered the rare chance of defining whether they are worthy of redemption.

In Arrival in Mass Effect 2, however, the series decides to move forward by revelling in genocide. There is a situation where you have to stop the Reapers – the looming threat of the whole series – from coming through a Mass Relay. But a Batarian colony is in danger.

Unlike several key turning points in the series, you aren’t offered a ‘big moral choice’ here. 300,000 Batarians are killed because of your mandatory actions. The fact that the Reapers eventually just arrive in Mass Effect 3 anyway makes this horrible moment feel even worse. Your actions are throwaway.

Playing Mass Effect years later, I’m irritated with how this series constantly wants you to go along with the actions and dialogue of racist, xenophobic behaviour in order to mine depth and meaning from the plot.

The game keeps illustrating the expansion of the human colonies across the galaxy as a good thing, despite those human colonies being filled with racists who want Aliens dead. It makes it hard to root for the humanity portrayed in Mass Effect to survive.

I feel as though Mass Effect would have a far more interesting story to tell if we were anything but human. Though it does dabble in the ideas, Mass Effect as a series struggles to portray any meaningful anti-colonialist, anti-expansion narrative, because it simply does not want to.

Mass Effect champions a colonial struggle against the threats of an expansive galaxy, and in returning to the game, I realise just how little room there is in this story to find myself and my values.

My hope is that the next Mass Effect looks to distance itself from story and characters grounded in fear and distrust, and explore a more meaningful dialogue about colonialism, expansion, and the Others we share this universe with.