On the solitude of playing board games solo

Once you get over the fear of seeming friendless, playing board games alone can be deeply rewarding.
Leah J. Williams 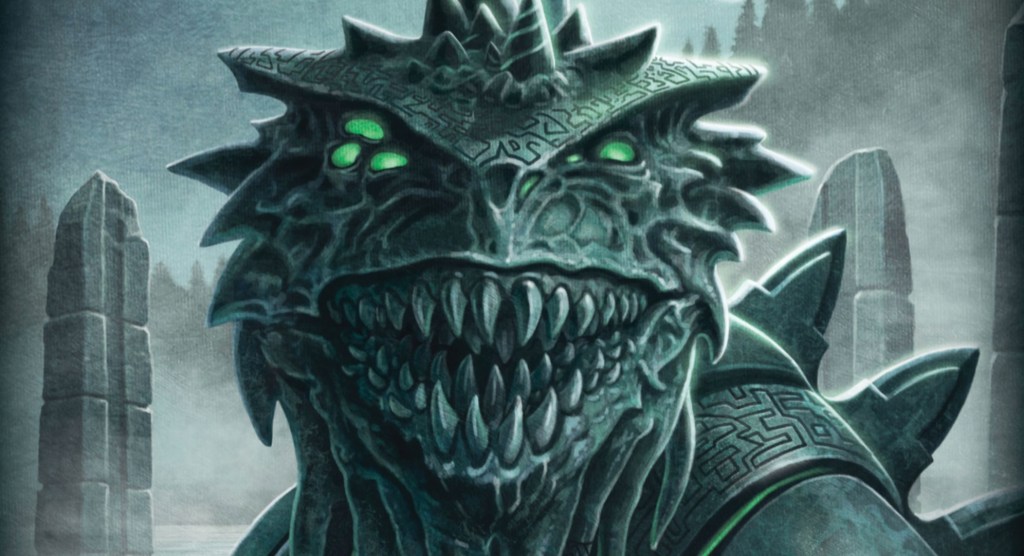 The reality of living – whether you’re working, studying, or still in school – is that time is short. Time is short, and organisation is hard. Friends all have their own schedules. They could live far away, or even across continents. It makes organising any board game nights difficult. But in the spaces between dates, when nobody else is available or schedules don’t line up, playing board games alone is a perfectly viable supplement.

Over the last few years, the sheer number of board games with playable solo modes have also increased exponentially, with everything from large scale adventures to even puzzle board games introducing solo modes to keep the action engaging, even without crowds of players cheering or booing your every decision.

Lost Ruins of Arnak, an excellent exploration game driven by competitive play, includes a special solo mode that pits players against an AI opponent controlled by cards. Dinosaur Island, a game that tasks players with running a dinosaur theme park, also has a special solo mode. If your favourite board games are for 2+ players, it’s highly likely there’s an online homebrew scene for solo play. Heck, most games that specify ‘2+ players’ are easily played by a single player controlling two characters.

While there are exceptions – competitive board games tend to be difficult to play alone – the vast majority of tabletop games can be enjoyed as standalone, single-player experiences. All you need is a quiet space, a clear head, and some time alone.

The Lord of the Rings: Journeys in Middle-Earth is a brilliant, hex-based adventure game that feels perfect for solo play. Before you begin, there’s one thing you should know – this game is complicated, and filled with rules. Explaining it to others can therefore turn into gibberish.

Choose your character, then you can explore two spaces for every turn, or attack. If you uncover certain items, you can unlock special points which aid you in battle, and their benefits add to your total attack score – and so on. Larger board games are often complex to explain, and require a very specific type of person with a strong attention span, and a real interest in the theming of the board game, to play them.

Even your very best friends may not like the same board games as you – and this can create an awkward tension when explaining rules and attempting to get everyone involved. Even once you mount this hurdle to get a game started, you may find your play session hamstrung by rule clarifications, conversation tangents, interruptions for food or snacks, or people losing interest. It’s natural – not everyone loves board games, and not everyone wants to spend hours adventuring.

But there’s no reason you should miss out on a game like Journeys in Middle-Earth simply because of your chosen cohort.

People play video games alone all the time. People read alone, too. Board games occupy a middle ground between these hobbies – as the perfect, solitary experience that can help your mind wander.

Working alone, you can learn rules and consult manuals at your own pace. You can make decisions without being questioned, and better immerse yourself in a dense narrative. Stop when you want to, take a break when the mood strikes. And hey, if you really want, you can also cheat your way to victory, or play on easy. There’s nobody to judge your decisions.

That’s not to say that solo gaming can ever completely replace the feeling of sitting down with mates, huddled around an open board game, accompanied by chips and a nice drink – but it’s a more relaxing, mindful way of playing games that can really help you unwind without that added pressure.

Unlike many board games, these are designed only for solo players, with a ‘Choose Your own Adventure’ style structure that encourages taking your time, reading each story entry carefully, and choosing your next move based on gut instinct. Without the burble of crowds, your fate is up to you. If you make a wrong turn and wind up facing down an evil Ghatanothoa, that’s your own fault, really.

Playing solo means you feel the pressure of each decision, and this adds to survival-style gameplay – the feeling of being alone, needing mates, and only just getting by.

Similar feelings can aid the atmosphere of exploration-style games, as found in the entire Adventure Games range. These tile-based tales allow you to explore a deep mystery by ‘searching’ for clues on a slowly-unfolding map.

The solitude of solo play means you have more time to analyse your surroundings, visiting every nearby locale, and unlocking every secret the game has to offer. It reduces the pressure of time, and gives you space for those all-important decisions of where to tread next.

The same can be said for Mansions of Madness, which shares similar mystery gameplay. Having more time means exploring deeper, fighting further, discovering new monsters, and allowing the game’s narrative to breathe on its own.

In a pinch, a pressured decision in Mansions of Madness can lead you to skip story clues, and wind up in a life-or-death situation. This also tempts you to provide caveats in multiplayer settings – cheats for less experienced players, more moves on the game’s puzzles, skipping ‘bad’ rolls – but alone, you’re the only one accountable for your actions. You need to work out the clues, stretch your mental muscles, and fight off the forces of evil.

Admittedly, not every game is a spectacular solo experience. Dungeons & Dragons isn’t nearly as fun without a dungeon master guiding the wild and magical action. Trivial Pursuit is just a quiz if you’ve got nobody to compete against – and Monopoly is actively boring alone.

But if you’re somebody who enjoys a good narrative or challenge-based board game – one filled with magic, mayhem, or adventures through jungle landscapes – playing alone can be deeply rewarding. It can open up the possibilities of storytelling, and immerse you in a world far away from home.

You can play alone in quieter stretches; after work, between tasks. You can take several turns and resume your adult responsibilities, or set aside a quiet afternoon, pop on some music, and tune out the rest of the world. As a tactile experience, one that requires you to engage all your senses – as well as some small measure of brainpower – board games actively keep you hooked on new card reveals, story passages, or hidden movements.

They’re often structured in a way that makes it easy to forget the real world, tune out, and imagine dragons.

While board games have long been designed as social experiences, that’s slowly changing as audiences evolve. The perception of playing games alone is also changing – for the better. Many players enjoy the solitude of solo play, and the comfort of being able to play games whenever, wherever without time pressure or having to teach rules.

If you’re somebody who loves board games, who may not have the most available or attentive friends, playing solo is a wonderful option, and often just as rewarding as playing with friends. Your favourite board games don’t deserve to gather dust on a lonely shelf while you’re waiting for your next big multiplayer session. Take them down, give them a whirl – you might be surprised by how fun and relaxing solo board gaming can be.

If you’re looking for some great games to get you started, check out a few of the GamesHub favourites: