Who is the real villain of Animal Crossing?

The world of Animal Crossing might not be as wholesome as we think. In fact, the real villain might be... you.
Stephanie Eslake 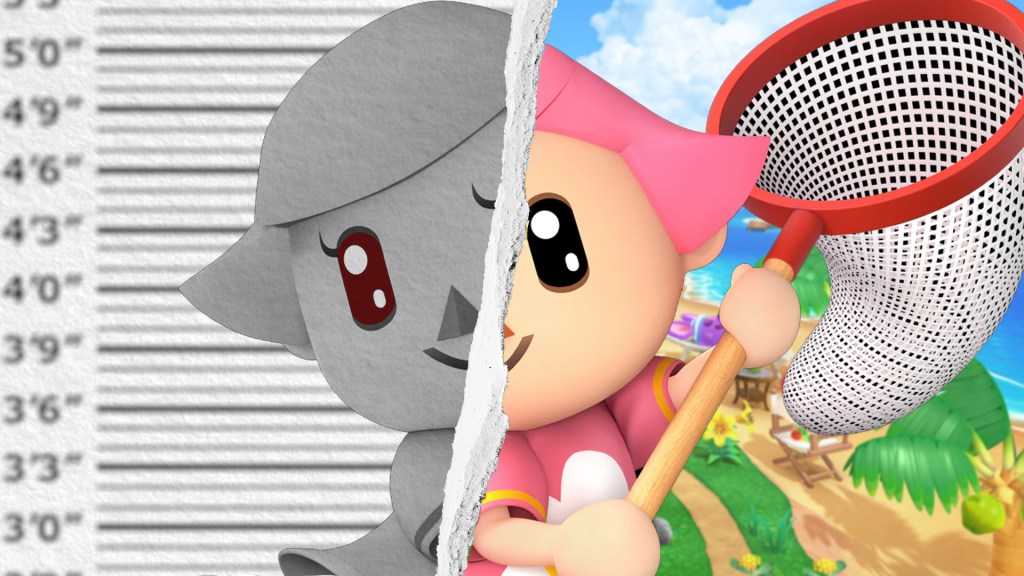 A puff of black smoke rises from the far end of my village. I race towards the beach where a grimy cargo boat has docked. Dark green and streaked with rust, it holds room only for its skipper: a sly fox who once had a shop in the city, but now hops from island to island, never lingering in one place.

This is Jolly Redd’s Treasure Trawler, where forged artworks are sold at a premium price, and authentic artworks are sold under dim lighting. Redd trades in secret, carting paintings that are probably stolen, profits undoubtedly returned to the black market.

Why do I visit this dishonest tradesfox who calls me cousin? Why do I give him my hard-earned bells and perpetuate his trade? Why do I keep donating stolen artworks to my island’s museum?

Because I am the villager of Animal Crossing: New Horizons.

I am the villain of this game.

The cost of leisure

Animal Crossing is a Japanese game franchise that recently celebrated its 20-year anniversary. In 2020, it released its fifth major iteration, New Horizons, right on time for the pandemic. As gamers across the world experienced lockdowns with their consoles and cups of instant coffee, Nintendo’s profits skyrocketed by 428 per cent; New Horizons became the second-best-selling Switch game of all time.

New Horizons is a game about nothing, yet there’s plenty to do. Hour upon hour can be spent tending to your personal island, making friends with villagers, picking fruit trees, fishing on idyllic beaches.

Hour upon hour can also be spent earning bells, the local currency, and purchasing items from the shops. We construct our homes, then upgrade them. We build our collection of consumer goods, then expand it. We are insatiable. And we share almost nothing.

Animal Crossing is an exercise in capitalism. The game’s activities are designed to give you enough bells to buy classy homewares and develop your property into a mansion. Those whose eyes are open to this view of the game are quick to point a finger (or paw) at Tom Nook – the game’s unashamedly capitalistic raccoon. Type ‘Tom Nook’ into Google and you’ll be prompted with popular searches: Is Tom Nook a villain? Is Tom Nook really evil? Can Tom Nook be trusted?

What players and critics seem unwilling to accept is that “crook” Tom Nook is simply an enabler for the humble villager (that’s you and me) to fulfil our own consumer desires. Tom Nook provides the permits for town works. He offers us loans to upgrade our homes, and he facilitates expansion of our home storage.

But he doesn’t force us to fill our mansion with Grand Pianos, Elaborate Kimono Stands, or Whirlpool Baths (when our neighbours own little but a Wooden Simple Bed or a Portable Radio). He doesn’t evict our neighbours to replace them with cuter animals.

Tom Nook doesn’t generate the island’s unequal distribution of wealth. We do that all on our own.

Fellow villagers – the animals of Animal Crossing – have no opportunity for upward social mobility (except for entrepreneur Tom Nook, though we know little about his private life or business dealings beyond our island). While this may be due to the animals’ lack of ambition, it’s also an outcome of resource depletion. When I see a rock, I smash it – the metal of my shovel clanging against its surface, yielding precious mineral resources: stone, iron, clay. Gold. Bags of money.

I mine it all until there are no stones unturned. Then I travel to untouched islands and mine there, too.

Having beaten my neighbours to local resources, I expand my horizons to the sea, rivers, and lakes. I spend hours overfishing and diving. When my pockets are full of wet, flapping, starving sea creatures, I take them to the local shop Nook’s Cranny and sell them all. Even endangered species. Live Soft-shelled Turtles = 3750 bells. Live Coelacanths = 15,000.

I don’t ask the Nooks where the turtles go; I don’t want to know. The details of these live animal exports would inhibit my enjoyment of this perfect island.

Sometimes, I’ll donate to the island’s museum – a privately run collection of stolen artworks and creatures. Fish, butterflies, spiders, all trapped indoors for eternity. It’s also home to the fossils I dig up, which may or may not possess great archaeological relevance, but nevertheless remain on my island.

Villagers are welcome to peruse this collection, though I’ve not yet bumped into a visitor. Instead, they remain outside with their rods and nets, attempting to catch these creatures themselves; always failing, always self-sacrificing to allow me to take the first shot, only if I feel like it.

My fellow villagers don’t mind that I’m the villain. If they are aware of this fact, they discuss it behind quaintly decorated doors – no longer hurling aggressive remarks as they did in older games of the franchise. In New Horizons, they offer unconditional love and reward my immoral behaviour.

The villagers have little to give, but they make an effort. They stop me by the apple trees I’ve picked bare. They run up to me, calling my name with a smile. They gift me an item from their home, or a cheap piece of clothing they’ve bought. Sometimes, all they have to give is a Reaction, literally teaching me how to smile and feel Pride, Glee, or Bewilderment. Their generosity is pure.

The best-loved and most-neglected character of all is village secretary Isabelle. The adorable Shih Tzu is trapped in my town hall, deafened by the bell that chimes on the hour. Like Tom Nook – but likely without the riches – Isabelle works day and night to fulfil my needs. She has no house on the island. She has no life on the island. She greets me each time I enter the game, and shares highlights of her sad, lonely existence: she found a lost sock, she saw something on TV.

On special occasions, Isabelle is allowed outside. She attends the opening ceremony of my new infrastructure projects and, in the 2.0 game update, she can partake in outdoor fitness sessions (if I initiate them).

The 2.0 game update offers plenty of ways to give back to the New Horizons community and enhance the cultural ecosystem. Instead of visiting the shop Nook’s Cranny to burn through the bells I’ve accumulated from mining and harvesting, I can instead foster a collective of local craftspeople (craftsanimals, if you like).

In 2021, Harv’s Island expanded from its foundation as a simple photo studio into a plaza where travelling animals can set up a stall and offer their wares. This entire marketplace is funded by me, the Animal Crossing villain-turned-philanthropist. I donate 100,000 bells for each stall’s start-up costs, then continually invest through regular purchases of their items or services.

With friendly characters and a campfire between them, we can imagine their products to be ethically handmade or locally sourced. Therefore, we don’t mind forking out for an overpriced White-shelving Wall (3600 bells from carpet-selling camel Saharah), or an expensive furniture renovation (from carpenter alpaca Cyrus). After all, scarce and customisable items can increase my status back in the village.

As villainous villagers, we can also redeem ourselves by giving back to our own island’s community. We can give expensive items as gifts (when we’re sick of seeing them in our multistorey homes). We can even become clean energy providers. I’ve installed a solar panel and wind turbine on my island.

We can enhance their quality of life through thoughtful landscaping and infrastructure projects. I’ve built a nature reserve with a path that weaves under pine trees and beside a narrow river. It’s accessible through a grassy incline I had Tom Nook install. A bench is available for villagers wishing to rest and read; nearby is a (theoretically) communal pumpkin patch.

It’s all about what sort of villager you want to become.

I’ll continue selling endangered species to the Nooks, then using the profit to buy artworks from Redd. But maybe one day, if I’m feeling generous, I might gift my Grand Piano or Whirlpool Bath to a fellow villager, too.

Steph Eslake is an arts journalist with an Animal Crossing addiction. When she’s not clocking up serious hours on her Nintendo Switch, she’s writing about classical music and art for publications such as The Guardian, ArtsHub, and her award-winning magazine CutCommon. Steph is now producing a book to teach others how to hack the field of arts communication.