The Queen’s Golden Nintendo Wii is up for auction (again)

The Queen's golden Wii was originally created as a gift in 2009 – but was rejected due to Royal Palace policy.
Leah J. Williams 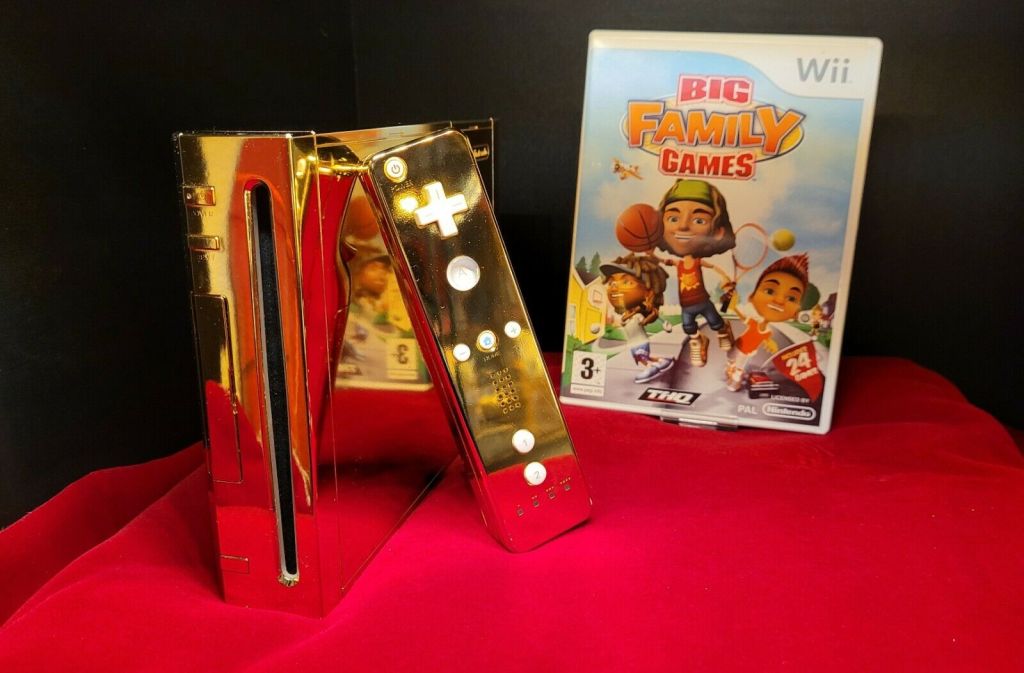 In 2009, THQ devised a rather fun publicity stunt to celebrate the launch of mini-game collection Big Family Games: the creation of a 24-karat golden Nintendo Wii console, sent directly to Queen Elizabeth at Buckingham Palace. Unfortunately, this console became a thorn in the company’s side as the Palace was forced to reject the gift, based on strict royal gifting policies. A decade later, it’s changed hands a number of times, with its current owner, Don of Consolevariations, now looking to sell the one-of-a-kind Wii for a second time.

Don originally aimed to sell the golden Wii on eBay in October 2021, after obtaining it from an unnamed collector, who had nabbed it from THQ around 2017. The starting price for the bid on eBay was US $300,000 (AU $426,000) – but this led to the listing being flagged and taken down.

Now, Don has restarted the bidding via auction house Goldin, with the current bid sitting at US $3,000 (AU $4,200), as of writing. With nearly two weeks to go, it’s likely this total will climb – but it’s unlikely to reach the previous US $300,000 asking price. This is, after all, just a (now outdated) Nintendo Wii console with a simple 24 karat gold plating.

Sure, it was intended for the Queen – but it’s essentially her sloppy seconds. It never actually made it into the Palace, and was quickly returned, despite THQ’s intentions. That said, it does occupy a unique place in gaming pop culture history.

The gold plating on the console is now wearing off and it sports several chips, but this would be a perfect item for a video game preservationist – or even a video game museum.

It may not technically be The Queen’s golden Wii, but it does represent a notable period in gaming when marketing budgets were through the roof, and PR stunts were common. While these have faded into the rearview lately – even more so during the coronavirus pandemic – the golden Wii is a reminder of a beautiful and slightly unhinged era in gaming.

There’s hope the Goldin auction will help bring the Queen’s iconic, rejected Wii into loving hands. If you’re keen to own it yourself you can head to the auction page here, although it’s worth noting that bidding is already going strong. There’s not much practical use for the console, but it certainly is a shiny and fun reminder of a never-to-be-repeated THQ stunt.