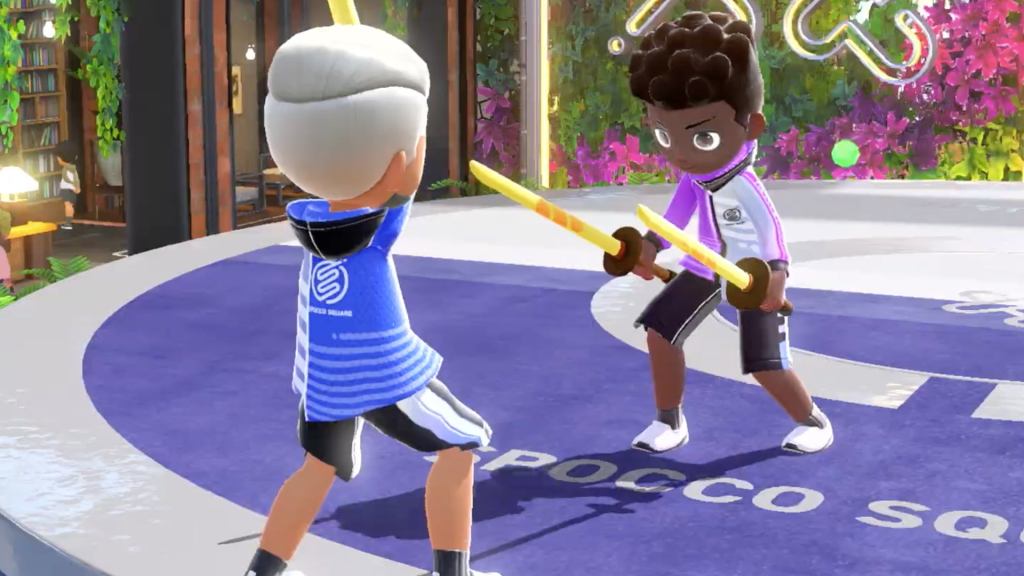 When Wii Sports released for the Nintendo Wii, it came with a stark warning: that players should use the provided controller straps to play, so that errant controllers couldn’t be flung or thrown around the playing room. Of course, many didn’t heed this warning, which led to a slate of broken TVs, and an unfortunate reputation for the franchise. The latest release, Nintendo Switch Sports, is now living up to the family name.

It appears that within a single day of release, Nintendo Switch Sports had already broken at least one TV – that of Twitch streamer 63man, who managed to throw a Joy-Con controller directly through his monitor during a game of Tennis.

The footage, captured on stream, is heartbreaking. 63man is playing a regular game when he loses his grip on his Joy-Con, and sends it flying towards the camera. While we don’t see the moment of breakage, there is a loud crashing sound, a crestfallen look, and then 63man takes the camera around to see the damage.

It appears the controller has shattered 63man’s monitor completely, with a distinct pressure point sending out green and pink lines in the shape of a major crack. Those who played Wii Sports will likely be familiar with the unfortunate phenomenon.

In fact, it’s something that was easily predicted:

Beyond the warnings given before playing the game, and the precedent of history, it’s logical that Nintendo Switch Sports would require a bit of finesse and care. Activities in the game, like Soccer, require players to physically swing their feet. This means minding surroundings and being aware of how much room there is in a playing space. Activities like Tennis require enthusiastic swings – and the use of a Joy-Con strap to maintain safety.

It appears there are a select few who are, once again, ignoring the warnings of Nintendo – with dire consequences.

While the game is a bunch of fun, it’s always important to take care. We learned important lessons in the onset of the Wii Sports TV disaster era, and we shouldn’t forget them so easily. Breaking TVs may be tradition for the franchise, but we’d bet there’ll be a few fans who find this outcome extremely undesirable.

After a number of incidents during the Wii Sports era, Nintendo eventually introduced thick silicone sleeves to wrap around the Wii controllers. Will the company have to do something like this again? Time will tell.

If you’re playing the game, take care – and make sure you attach those pesky Joy-Con straps. They might just save you in a pinch.