Magic The Gathering Phyrexia: All Will Be One Exclusive Card Preview

Here's an exclusive look at one of the cards from the newest Magic: The Gathering set, Phyrexia: All Will Be One.
Emily Spindler 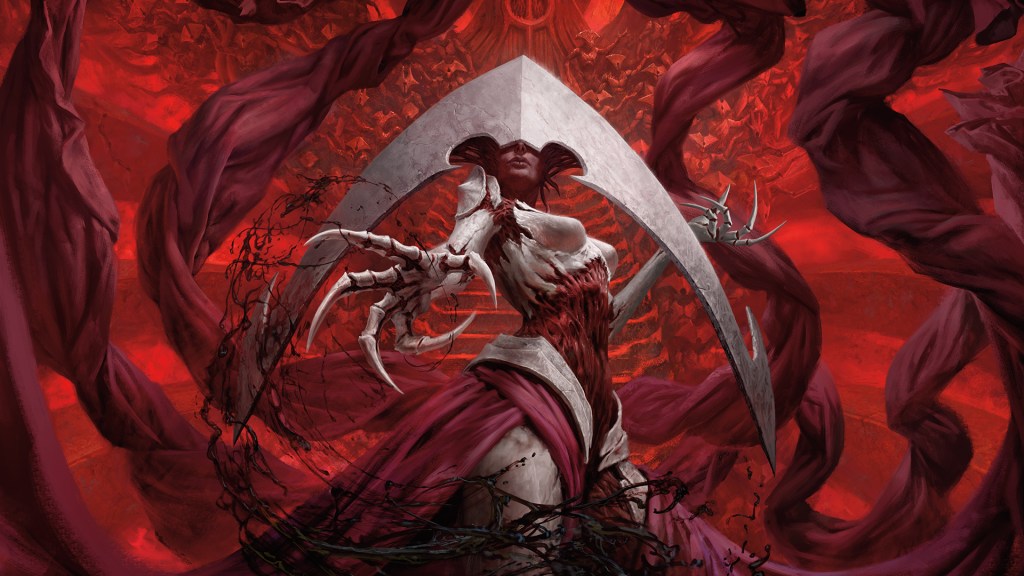 Phyrexia: All Will Be One, the next Magic: The Gathering set, is almost here, and ahead of the release we have a global exclusive preview of one of the cards set to launch on 10 February 2022.

The newest set sees the iconic heroes of the game facing off against the ever-growing threat of the Phyrexians, off the back of the previous expansion, The Brother’s War. The plane of New Phyrexia is the stage for the events of Phyrexia: All Will Be One, and the third installment of the multi-set Phyrexian story arc is coming to a head as the Praetor Elesh Norn gets closer to her goal of conquering the Multiverse.

The fate of much-loved planeswalkers hang in the balance as the story ramps up on a massive scale. The Phyrexians are an even bigger threat now, in all of their bio-mechanical, H.R. Giger-esque glory, and players can expect plenty of twists and turns (and new mechanics) in the upcoming ninety-fifth Magic expansion.

Read: Everything announced at Wizards Presents

Here’s the first look at one of the new cards coming to Phyrexia: All Will Be One: Atraxa’s Skitterfang.

This colourless, three-mana cost artifact creature card makes use of the set’s new oil counters (that is, the glistening oil used to create Phyrexians through a process called compleation).

On entering the battlefield, Atraxa’s Skitterfang has three oil counters on it. These can be removed at the beginning of combat (one per turn) to give a target creature you control your choice of flying, vigilance, deathtouch, or lifelink until the end of turn.

The ability to quickly grant one of your creatures with any one of these abilities during the beginning of your combat phase makes this low mana-cost creature an effective addition to your deck.

In addition, Atraxa’s Skitterfang would pair well with cards that have the proliferate ability (choose any number of permanents and/or players, then give each another counter of each kind already there) to increase the number of times you can grant one of the temporary abilities to one of your creatures.

Here’s a look at the full art for Atraxa’s Skitterfang:

Phyrexia: All Will be One marks the second last entry in the Phyrexian story arc before the dramatic conclusion in March of the Machine. Magic: The Gathering senior game designer Adam Prosak says this expansion is a rare chance to visit the home plane of the story villains. ‘Most of our expansions have some sort of conflict with villains, but rarely do we see a set that is dedicated to exploring what it is like to be on the other side’.

With horror manga legend Junji Ito lending his skills to the set as a guest artist too, players are in for a dark, grotesque and visually stunning expansion, compleated planeswalkers and all.

Phyrexia: All Will Be One releases on 10 February 2022. If you’re itching to check out the set before this, you can head to one of the Magic: The Gathering prerelease events at your local Wizards Play Network store. Find your nearest WPN store.