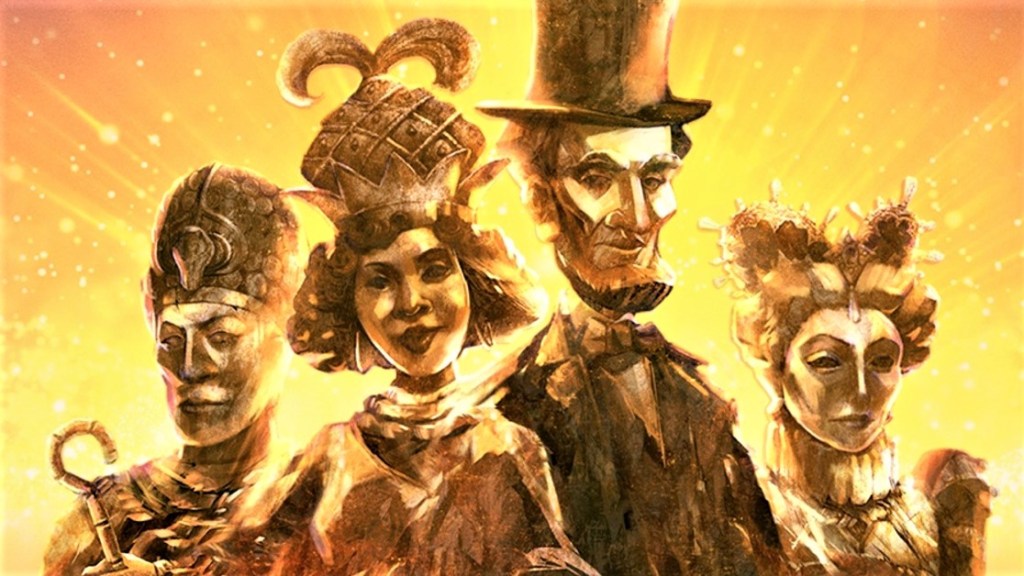 Sid Meier’s Civilization has always been regarded as one of the premiere digital strategy games, the series that pioneered the 4X subgenre. The latest instalment, Civilization 6, is remarkable in its own right, in that it’s now the title that has seen the longest ongoing support in series history.

First released in 2016, Civilization 6 has seen numerous expansion packs and updates across seven long years with a new raft of content, the Leader Pass, being announced in November 2022. This will gradually roll out a series of new, alternative leaders, until March 2023.

That’s a testament to the base game’s design, led by Ed Beach, who previously worked on the excellent expansion packs for Civilization 5, Gods & Kings and Brave New World. It may also be due to the video game community’s changing attitude towards the longevity of games. Live service games now dominate the popular consciousness.

The Leader Pack features iconic historical figures who have previously appeared in past Civilization games, like Abraham Lincoln, Elizabeth I, and Ramses, but also includes culturally significant figures making their series debuts, like Yongle of China and Sundiata Keita of Mali.

GamesHub posed some questions to Beach via email, following the announcement of the new Leader Pass, concerning his thoughts about the inherent value the new content will bring to Civilization 6, and about the overall longevity of Civilization 6.

GamesHub: I imagine that a lot of careful consideration went into picking the initial roster of leaders when the base edition of Civilization 6 was being designed. What’s it like to suddenly have the license to expand your ideas dramatically? Is it freeing? Or does it introduce a new kind of challenge?

Ed Beach, Lead Designer on Civilization 6: We always thought it was a great feature (newly added for Civilization VI, but not possible in Civilization V) to have multiple leaders for a Civilization so you could explore different play styles. However, we were so busy diversifying our cultures/civilisations that we rarely have been able to use it until Civilization VI: Leader Pass. It’s great to be able to fully capitalise on this feature.

Were there any leaders that kept missing the cut that have now finally made it with the new Leader Pass?

Queen Elizabeth of England is now back in our roster.  She’s one of the handful of leaders that has been in every primary Civilization title dating back to the original Civilization game. It would have been a shame if she had missed out!

Can you talk about how some of the upcoming leaders might dramatically alter the way we might typically play Civilization 6?

A great example of this is Queen Mbande Nzinga of Kongo. She doesn’t have the same restriction on not founding a religion that Kongo’s previous leader (Mvemba a Nzinga) did. Now you can play as Kongo and try to win a religious victory. Given that Civ’s strength with Great Works, she can become very strong with an emphasis on obtaining religious relics.

Some of the Leaders we will be releasing later in the pass also change up play dramatically (Ludwig II of Germany is one), but we aren’t giving out exact details on them quite yet.

What’s one small detail about the new leaders that you personally love, but we might not notice?

The fact that Abraham Lincoln’s cities lose Loyalty for each Plantation present. It is a subtle detail, but actually is an amazing way to simulate some of the pressures that led the United States into the American Civil War.

Playing as Lincoln, you have to think through where to farm and where to industrialise in a whole new way.

What are some of the new design ideas you’ve been thankful the team has gotten the chance to explore through Civ VI’s expansion content?

Civilization VI – New Frontier Pass, which included numerous optional game modes, was a great way to test out new gameplay concepts. We wouldn’t want players to always have Apocalypse or Zombie mode activated, but it sure is exciting to explore what that can do to shake up the standard Civilization experience.

Civilization 6 has expanded so much in its lifetime, and it’s clear from the continuing expansions and updates that Civ fanatics are still very much on board with it. What do you think it is about Civ 6 that has helped it endure for so long?

We have been able to really extend our geographic and historical reach with Civilization VI, with more cultures (and now leaders!) represented than ever before. There is so much content to explore that it has really helped keep our community continually active.

Firaxis recently said it’s not ready to talk about future Civ plans, as it wants to build something that can withstand the test of time. 6 years on, do you think Civ 6 has already shown how this can be done? Or, have some challenges along the way perhaps uncovered some great opportunities for future ideas?

We are always finding new ideas we want to explore with our franchise. After each major release, we undergo a very detailed post-mortem that often leads to bold innovations we want to try in the future. Stay tuned for more on future plans for the franchise.

The Leader Pass for Civilization 6 will be available for PC versions of the game via Steam and the Epic Game Store. Leaders will be released in six packs beginning in November 2022, and continuing until March 2023.