Why Fire Emblem: Three Houses deserves all the fanfiction it can get

When you love a cast of characters, it’s only natural that you want to spend more time with them. Fanfiction is great for that.
Percy Ranson 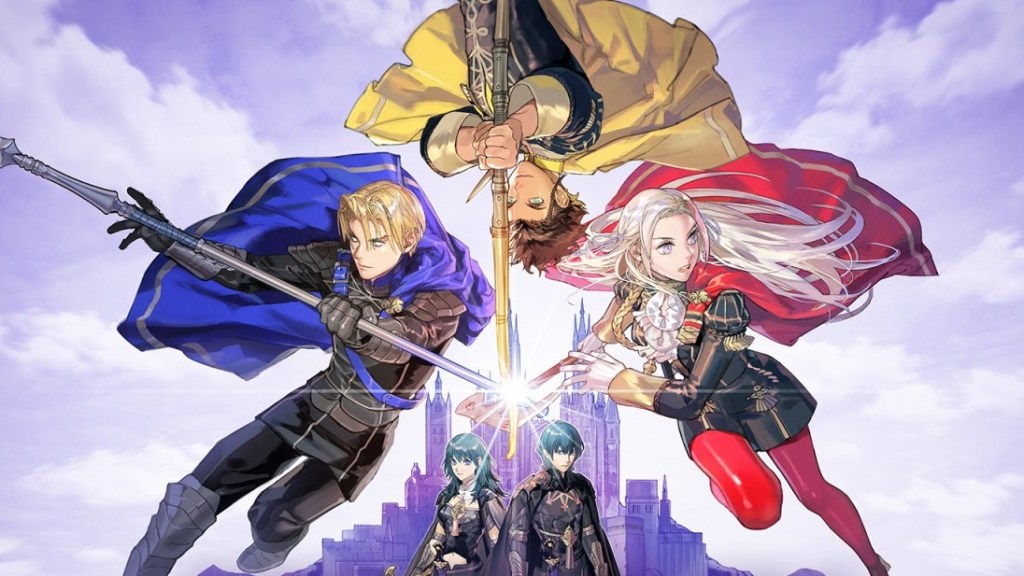 Tell me something: When the final moments of a game play out before you, and you set your controller on the table as the narrative draws to a close – do you look back fondly on the rich cast of complex characters, compelling narrative threads and satisfying conclusions, and bid them all a fond farewell? Or do you immediately start imagining what it would be like if they all worked in a coffee shop at their local university campus instead?

The case for fanfiction

The art of taking a beloved cast of characters and reimagining their narrative is an old one, that long predates the ubiquity of the internet. I say ‘art’, as while fiction aficionados might disagree – labelling it as merely derivative, a mockery of authorial intent – fanfiction is far more than a warped mirror of its canon inspiration.

Fanfiction is a direct response to its source material, and both a celebration and critique of the media it draws from. Whether it’s a rambling high school alternate universe, a long-form canon compliant retelling, or 1000 words of pure smut, fanfiction is the other half of the dialogue between the original creator and their audience.

If you make the dive into fanfiction, investigate the common themes and reinterpretations of canon that can be found. You’ll find that the recurring trends can teach you a great deal about the media you love.

How Fire Emblem: Three Houses benefits from the fanfic community

Fire Emblem: Three Houses (and by association, Fire Emblem: Three Hopes) has an enormous presence in online fanfiction, and it’s not hard to see why. With all the trappings of a classic medieval-esque magical society (dragons & magic & kingdoms, oh my!) and a cast of interesting, multidimensional characters, it’s hard to imagine a better setup for a good story.

All that said, it isn’t just the setting that makes Three Houses the perfect candidate for fanfiction. When your game is a complex narrative full of interpersonal and political conflicts, featuring all manner of branching paths, hidden motives and deliberately obscured context, it’s almost impossible to flesh out everything you need to make it all feel real.

Time is one of the primary storytelling challenges in a multi-narrative game. Making economic use of the player’s time is vital, because not everyone is going to experience the same narrative unless they choose to replay and pursue different choices. When you’re constrained by time, it’s hard to fit in all the details necessary to really understand the characters and themes of a story, especially when you need to factor engaging gameplay into the equation. Fanfiction can give you that time – the opportunity to focus on the precise moments that define a story and the characters within.

Of all the characters that could benefit from additional time to explore their personal contexts, few are as divisive in the fan community as Emperor Edelgard von Hresvelg.

Edelgard is canonically the perpetrator of horrific acts – she plunges Fodlan into a war of conquest, utilises weapons of mass destruction, and allies with sinister forces that dabble in human experimentation. However, her actions are driven by a desire for justice – to eradicate the rigid authority structures of Fodlan that place nobility and crests above all else – and her alliance with the Agarthans is not of her choosing.

Fanfiction authors have written hundreds of stories exploring Edelgard’s actions and backstory in depth, and opinions vary wildly as to whether she’s a cold-hearted imperialist, or a passionate idealist. Context and empathy delivered by fanfiction can present her as both a bloodthirsty tyrant, and a tragic revolutionary – with both characterisations painting her with different strokes.

Edelgard wasn’t born to be the Adrestian emperor. With numerous siblings, she was originally 9th in the line of succession until the Agarthans usurped the authority of her father and imprisoned her family for the purpose of experimentation. The torturous process killed all but Edelgard, who was left as the sole heir and reluctant tool of the Agarthan’s vendetta against the Church of Seiros. With her eyes opened to the monstrous obsession placed on crests and bloodlines, her survival left her with no choice but to act – to put an end to the unjust world that would torture children for power – no matter the cost.

In ‘An Eagle Among Lions’, Edelgard is presented in an honest light as a flawed person – one who went through extraordinary suffering, and whose acts of conquest and bloodshed were a necessary evil to rid Fodlan of the imbalanced power structures reliant on Crests.

As a time-travel fanfic, the relationship between Edelgard and her siblings is explored in far greater depth than the canon Three Houses, and her status as an unwilling pawn of the Agarthans is more heavily emphasised. The plot of the fanfic isn’t canon-compliant, but the core characterisation of Edelgard is true to the source material nonetheless, and it certainly makes a reasonable case for the necessity of Edelgard’s actions.

No matter how sympathetic her origins, Edelgard aims to conquer Fodlan through bloodshed, and is willing to take any measures necessary to succeed. In the story paths in which you oppose her, she’s willing to employ monstrosities born of innocent humans, to sacrifice her own soldiers in order to wipe out strategic locations, and shed her humanity (literally and metaphorically) in the pursuit of victory.

‘The Savior King, The Master Tactician and the Queen of Liberation’ is a love story in the midst of a brutal war, and Edelgard is firmly placed in the role of antagonist. This fanfic questions whether the ends can truly justify the means, and pits the aggressive ambitions of Edelgard against the diplomatically-inclined objectives of Byleth, Claude and Dimitri.

At its core, Three Houses is a story of war – the complex kind of war that comes about when the systems of a society are so fundamentally broken that they cannot be salvaged in peace. Whether change is worth the cost isn’t a question easily answered, but in ‘Heart of Flesh’, Edelgard is forced to consider exactly that.

Defeated but given a second chance, she’s faced with the results of her choices – the devastation wrought in the name of progress, and the guilt and grief that follows.

Three fanfics, three different versions of Edelgard von Hresvelg that are all true to her canon characterisation. When people care deeply about a game and its characters, it can prompt some truly incredible work.

At its core, Fire Emblem: Three Houses is a story of war. The cruel, complicated kind of war that comes about when a society has festered so deeply that it seems impossible to change with anything but the edge of a blade. Edelgard is placed in an impossible situation – allow an unjust society to continue bleeding its subjects dry (and die at Agarthan hands for disobeying), or cut a path to her dream of a fairer world, drenching her hands with the blood of innocents in the process.

She makes a decision, the best she thinks she can with the cards she’s been dealt, and we’re not told if she’s right or wrong. Perhaps meaningful change could have been achieved through peace, but how many more children like her siblings would have had to die before that happened? Perhaps war was the only answer, but how can a just society come about through monstrous acts?

By looking at Edelgard through only one lens, we fail to see the whole picture. The point isn’t whether she’s right or wrong, that’s a question we have to answer for ourselves. The point is that we CAN’T answer that question without seeing all sides of her – the survivor, the tyrant and the revolutionary. The canon of Three Houses takes steps to reveal these sides of her, but fanfiction takes us further.

Fanfiction certainly doesn’t appeal to everyone, but it deserves more appreciation than it gets, both as a tool for critical analysis and as a fun way to spend more time in a world you love. So give fanfiction a try! Because if you love something, somebody out there has probably written a fanfic about it.

…Probably set in a high school. Or in a motel room with only one bed, or in space, or a tattoo parl- Look, you get the idea.