It's dangerous to journey through the Wonderlands alone. Take these tips with you.
Leah J. Williams 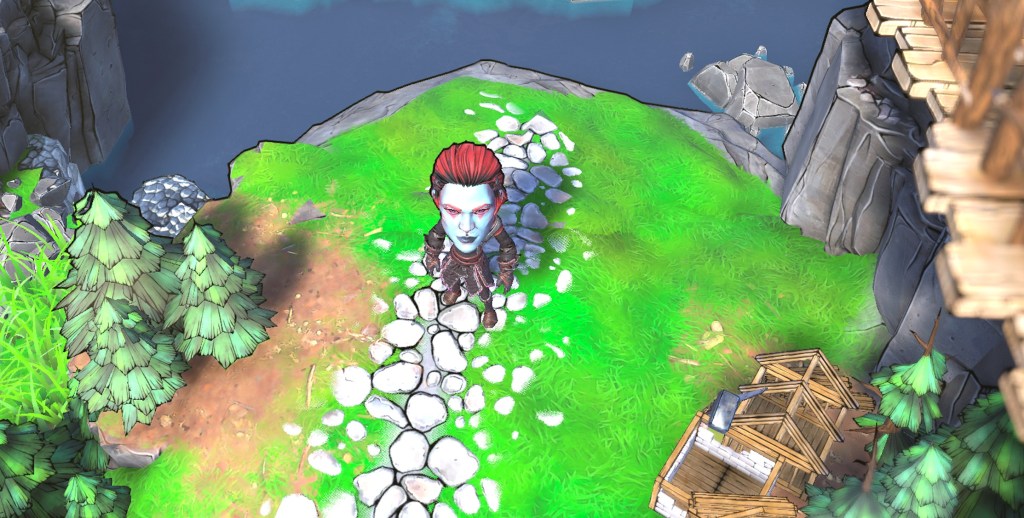 Tiny Tina’s Wonderlands is a vast game packed with adventures. Journey off your path, and you’ll find yourself lost in one strange sidequest or another. Journey further, and you might meet an odd NPC, a new friend, or even deadly enemies.

There’s no ‘one way’ to play the game – you’re very welcome to ignore the main quest entirely, and work towards completing the Overworld map or other quests first. But if you do need some help on your path, or just some advice to get started, there are a few things new players should know.

Here are ten big tips to help you on your Tiny Tina’s Wonderlands journey.

Tiny Tina’s Wonderlands is packed with sidequests, all marked by golden (!) exclamation points on your travels. You should collect these as you go, and pepper them between the main story quests. There are a few reasons for this: each story is super engaging, they’ll allow you to discover more of the Wonderlands map, and importantly, they’ll also provide you with experience on completion.

Even on easy mode, Tiny Tina’s Wonderlands does have recommended level caps for main quest stories. If you blast through each chapter defeating minimal enemies and taking on no sidequests whatsoever, you’ll eventually get to a point where you can’t advance any further.

Read: Everything we know about Tiny Tina’s Wonderlands

These story missions won’t be locked, but enemies will be extremely high-powered in key story locations, making it much more difficult to complete quests. If you like a challenge, go ahead – but to maintain the game’s steady difficulty rise, you should be completing around 3-4 extra quests between each major story chapter.

You’ll want to be no more than two levels below the recommended level at all times.

2. The Clawbringer Wyvern is a handy companion

Once you hit a certain level in the game, you’ll be able to unlock a second class for your character. If you’re not already a Clawbringer, I’d recommend considering this class for your secondary because it comes with a very good companion: the Wyvern.

This Wyvern has a fantastic fire-breathing ability that can inflict burns on enemies. Many of the Wonderlands villains are also organic creatures (zombies, pirates), meaning fire is extremely useful against most enemy hordes.

If you pair this class with the Graveborn class, you’ll also be able to stack great companion abilities, like the one that strengthens attack based on how many companions are in the field.

3. Focus on strengthening your Constitution first

As you level up, you’ll be able to upgrade your Hero Stats with points earned in combat. These Hero Stats correspond directly to classic Dungeons & Dragons skills, and each has their own merits – but Constitution will likely be the most useful to your Tiny Tina’s Wonderlands character build.

This stat will allow you to increase your Max HP and Ward strength, effectively boosting your hardiness in the battlefield. If you’ve ever played a Borderlands game before, similar rules apply here: shields can be flimsy, and health is quickly diminished.

If you can kick off your adventure by protecting your Constitution, you’ll survive much tougher battles.

4. If you get stuck in the Overworld, complete sidequests first

At several points in the main Tiny Tina’s Wonderlands quest, you’ll be locked from progressing further without completing particular sidequests. To cross into one land, you’ll need to retrieve an NPC’s looking glasses. To reveal a hidden path, you may need to destroy towering seaweed.

If you come across a world you can’t access, or a path that seems blocked, the first thing you should do is check your quest log from the character menu. Story quests are generally quite descriptive, and will say something along the lines of ‘destroy/discover x to unlock x’. Once this additional quest is completed, you’ll be able to head back to the main story.

If you don’t have a quest to discover a particular location, keep exploring the Overworld. You may find a golden (!) quest in your path, or find where you’re going by travelling through smaller dungeons.

The game’s main town, Brighthoof, is essentially a hub world where players can go to restock, upgrade, and then set off on their next adventure. Despite the game constantly pushing players forward on a relatively linear track, it’s actually important to backtrack and return to Brighthoof often.

In the game’s main square, you’ll find a Blacksmith that can provide much needed ammo and backpack upgrades to help you on your journey. While ammo stock isn’t usually a problem – Tiny Tina’s Wonderlands is extremely generous with chests – you’ll want to arm yourself as best as possible.

Any time you earn a decent amount of money, head to the Blacksmith to upgrade your guns – and make sure you’re using the opportunity to sell any items you no longer want. This should streamline your journey and help you take down the game’s endless hordes.

The most dangerous enemies in Tiny Tina’s Wonderlands aren’t the most powerful bosses – they’re the ones that have no minions running around as they fight. If there are minions present during a boss fight, it’s great news. Ignore these until you really need to perform a ‘death save’. As in Borderlands, when you die in a fight, you have a chance to revive by sacrificing another enemy in your place.

This works best when you’ve got weakened enemies running around your space.

If you’re a Borderlands veteran you likely won’t need this advice, but the best thing to do if you’re a newbie is to whittle down the health of enemies and leave them with a few bars left, particularly when you’re in a boss fight. If you can nab them while you’re down, you’ll perform a death save and live to fight another day.

7. If you really can’t beat a Wonderlands boss, phone a friend

The best thing about about the Borderlands franchise is that it can be played entirely in co-op with friends. This means that if you’re struggling in solo mode, the best thing to do is get a friend with the game and have them pitch in.

If at least one of you can survive in battle long enough against a particular beast, this health loss will be preserved – and as long as you can make it back to the battlefield before your friend dies, you’ll have a fair chance of slowly chipping away at a boss’ health bar.

It’s not a perfect solution, and may require multiple runs – but it’s the best way to tackle those catastrophic late-game bosses.

8. Grind for XP on skeletons and zombies

Skeletons and zombies are the flimsiest enemies in Tiny Tina’s Wonderlands – but they still give decent experience points for underlevelled players. If you’re looking for a quick way to boost your experience points, find areas where skeletons or zombies are present, and crack out your melee weapon.

They tend to be very vulnerable to physical attacks, and rarely present much of a threat beyond sword swinging or dynamite throwing.

While you can also farm for XP by completing sidequests, you can also find plenty of skeletons in Overworld dungeons, as well as the deep sea locations in the game. They’re easy pickings, and you should certainly take advantage of their weakness.

9. Don’t fall in love with your guns

Tiny Tina’s Wonderlands is filled with loot, and you’ll find countless guns, armours, spells, axes, rings and necklaces as you defeat enemies. While it’s tempting to pick a gun and lean into that niche, you should never fall in love with your guns. There’s always going to be something better over the horizon, so you need to be open to the possibility of changing out your loadout the minute you find something greater.

As you level up, enemies will get tougher – and you’ll need to get more creative with your attacks. Even if you find an awesome ice spell that you really enjoy, trust me – don’t get attached. There’s always bigger fish on the horizon.

Also important to note is that most enemies will be more vulnerable to certain gun elemental types. Fire impacts organic creatures. Ice impacts fire creatures – and so on. Pick guns with the greatest damage, and swap them out when you find an elemental impact that makes a real difference.

You should also consider searching for high-powered weapons with unique effects, particularly the ‘Vampire’ range which allows you to steal health with every hit. These can be extremely effective for maintaining your survival.

This will likely be a lesson everyone learns moments into the game.

Just to be clear: you can’t swim in Tiny Tina’s Wonderlands. If you see a puddle and it goes up further than your waist, forget about it. Some water comes with a warning to let players know when they’ll be killed and respawned. Other water is instant-death.

While the game looks very pretty, and contains a number of water bodies that seem tempting, they are extremely deadly and shouldn’t be trusted. You’ll only waste your life and coins on the venture.

Don’t try to swim in the water. 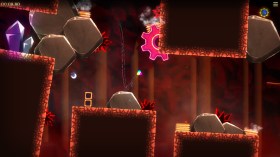 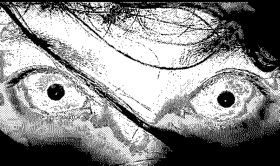