How does the Digital Games Tax Offset fit into Australia’s screen incentives?

Is a $500k minimum spend punishingly high? Is a 30% offset enough? What's different for film and TV? Game developers, welcome to the fight for federal screen support.
Jini Maxwell 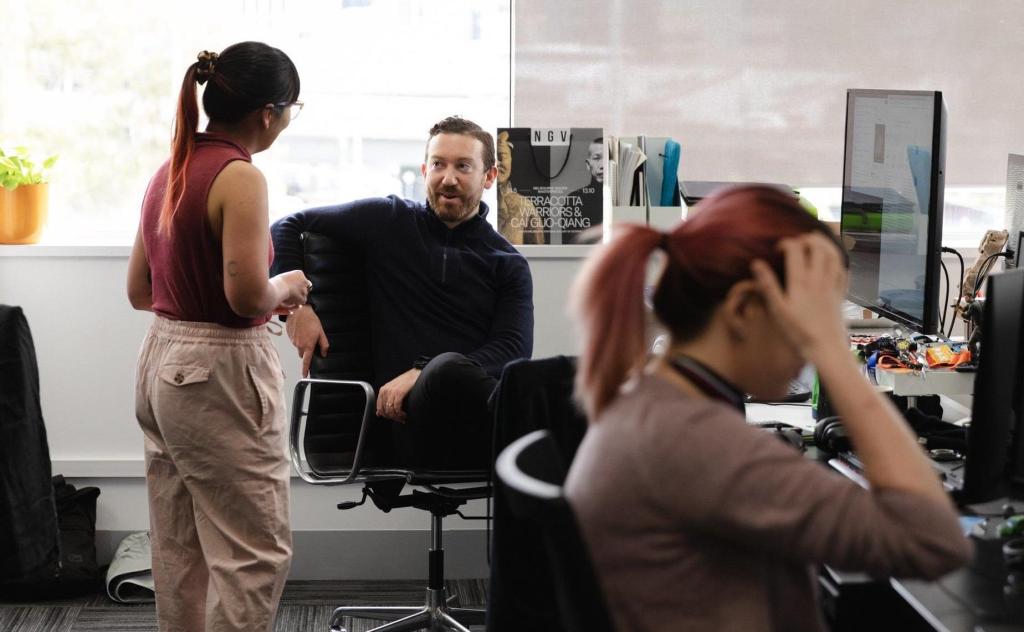 Melbourne-based League of Geeks is one of several medium-sized studios set to benefit from the offset. Photo: Bri Hammond

In this year’s budget, the Morrison government announced a nation-first: a federal tax incentive for local videogame development. Available from July 2022, the Digital Games Tax Offset is a 30% refundable offset on local games production, with a minimum spending threshold on qualifying expenses of $500,000.

Australian game development has long been excluded from the broader screen sector’s opportunities for funding and tax incentives on a federal level. The announcement was greeted with celebration from Australia’s game making communities, generating thorough conversations about who the incentive would include and encourage – but it also provoked conversations about the small studios, solo developers, and low budget projects that the spending threshold would exclude.

So how does this refundable offset measure up to other opportunities on the table for screen producers in Australia? Is a $500k minimum spend punishingly high? Is a 30% offset enough to sustain local production?

There are three, mutually exclusive federal tax offsets available for film and television production in Australia.

The biggest production offset currently on offer for the screen sector is the Producer offset, which offers Australian productions a 40% tax rebate on local production costs for feature films, and 20% for television series.

Last year, the government announced it intended to level the Producer Offset for both film and television at 30%. While the lift to the TV offset was welcomed by the sector, the move from 40% to 30% for film was condemned, particularly in a year when Australian film was hurting from a lack of box office results and pervasive production delays due to the pandemic. Screen Producers Australia argued that several award-winning Australian films, including The Dressmaker, The Sapphires, and Holding the Man would not have been made with a producer offset at 30%.

Crucially, the drop to 30% would have seen local producers lose their edge over international productions, who have access to the Location Offset and Location Incentive, which offer a combined 30% offset on qualifying local expenditure. The industry spoke out against these offset being levelled because they viewed it as a sign of the government’s lack of interest in supporting uniquely Australian film.

This concern was underscored by release from the Minister for Communications, Urban Infrastructure, Cities and the Arts office, which announced a major expansion of the Location Incentive, as well 10 international productions funded to the tune of $123 million through the existing incentive. These productions include Thor: Love and Thunder and Shang-Chi and the Legend of the Ten Rings in Sydney, recent box office hit Godzilla vs Kong on the Gold Coast, Shantaram and The Alchemyst in Melbourne.

The recently announced Digital Games Offset is modelled after Australia’s third major federal screen incentive: the PDV Offset. The PDV Offset is a 30% rebate that supports work on post-production, digital and visual effects production in Australia. Last year, a Parliamentary inquiry into trade and investment recommended a game development offset after this model.

In the coming budget, the PDV Offset, Location Offset and Producer Offset have all had their minimum qualifying expenditure for feature films raised from $500k to $1 million, which will see local productions taking a significant hit.

After industry outcry, the Morrison government decided to maintain the producer offset for feature film at 40%, and the TV offset was raised to 30%. This is an overall win for bigger studios – but the sector has also had to accept a rise in the minimum qualifying spend for feature films.

Minimum spending thresholds for federal screen offsets have also been a significant topic of conversation as the Morrison government proposed changes ahead of the budget. While many smaller game studios expressed shock at the $500k minimum qualifying expenditure to qualify for the rebate, this number still makes the Digital Games Offset one of the most approachable federal screen offsets currently available.

Since 2011, the minimum expenditure threshold for the Producer Offset for feature films has been $500,000, comparable to the incoming Digital Games Tax Offset. However, this will change in the coming budget, in which the PDV Offset, Location Offset and Producer Offset have all had their minimum qualifying expenditure for feature films raised from $500k to $1 million, which will see local productions taking a significant hit.

This is a massive stumbling block for smaller productions. Feature-length documentaries have been hit particularly hard, with Documentary Australia Foundation putting out figures that suggest that the average budget for feature documentaries over the past five years has been around $550k, well under the new threshold.

READ: Defunding documentaries: the numbers behind the rage

In addition to raising the threshold, these new changes also negate the Producer offset’s Gallipoli Clause, which allowed Australian documentary spend outside of Australia to be included in the qualifying expenditure for the offset. This is no longer covered by the rebate, which will dent co-productions and globally focused stories, as well as making it harder for small features to meet the threshold at all.

These new changes also negate the Producer offset’s Gallipoli Clause, which allowed Australian documentary spend outside of Australia to be included in the qualifying expenditure for the offset.

While these incentive changes may elicit higher returns from international productions working in Australia, Screenhub’s David Tiley wrote: ‘The burden of loss falls on less experienced, emerging, or more local filmmakers – those people who work under the radar, spending their own money, shooting and writing and producing, digging into the very heart of our world.’

WHERE DOES THAT LEAVE GAMES?

On one hand, the Digital Games Offset is predicated on terms that the film industry has explicitly rejected: there is a blanket offset for all productions, local or international, that does not privilege Australian-led productions, even though Australian productions support local creative leadership, and play a major role in articulating and memorialising the unique land we live on. However, it has a significant edge on the Producer offset for local teams: its controversial spending threshold.

A minimum spending threshold set at $500k for games suggests that the government believes in the sector’s ability to grow quickly with investment. Given recent changes to broader screen incentives, the question remains whether the threshold stays at $500k in future budgets, as international investment in Australia increases in response to the incentive, and small to medium local studios grow, or if the incentive will follow the rest of the screen sector to spending thresholds that most screen creatives could never dream of.

In a funding environment that is increasingly focussed on economic return rather than artistic support or cultivating cultural identity, $500k might be as low as the bar gets – whether that’s a sign of the government’s willingness to invest in the local games industry, or a grim sign of the times for the entire Australian screen sector, games included, is a matter of perspective.