Ghostwire: Tokyo has a slow start, but a promising buildup

The spooky open-world action adventure has great environment design and involved combat, but it takes a while to really get going.
Edmond Tran 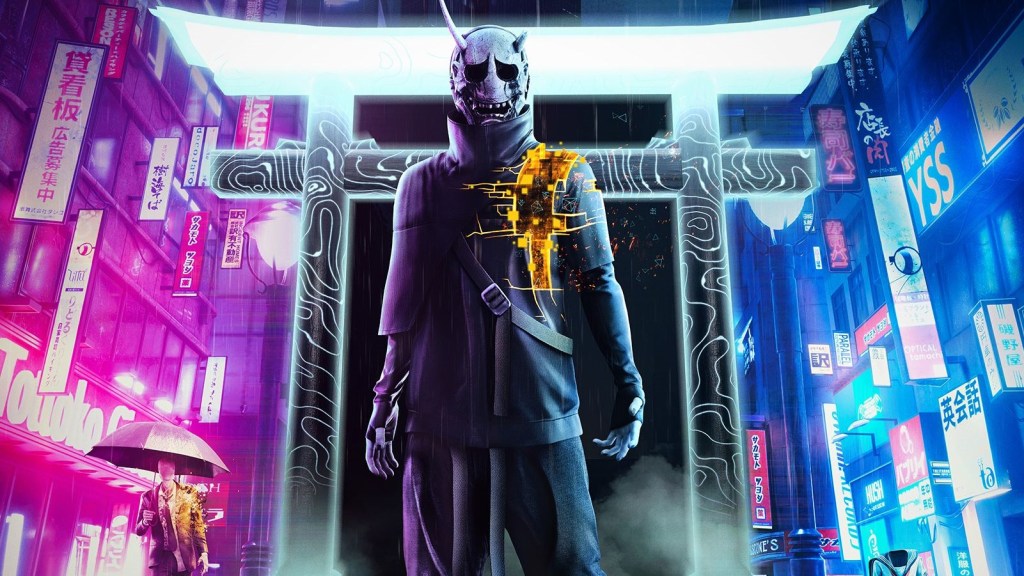 Akito is having a bad day in Ghostwire: Tokyo. First, he’s gone and wrecked himself in a motorcycle accident right in the middle of the Shibuya Crossing on the way to visit his hospitalised sister, then he gets possessed by the spirit of a gruff and tired 40-year-old dude with a penchant for techwear.

Then he discovers that a good chunk of Tokyo has been spirited away, and the city has been repopulated by various, unnerving demons that take the form of things like faceless businessmen and headless schoolchildren. Thankfully, his new friend has a thing or two to teach him about Shinto magic.

The latest from Tango Gameworks, founded by Resident Evil director Shinji Mikami, Ghostwire: Tokyo is the next title from the prestigious studio after The Evil Within and The Evil Within 2, games which both leaned on Mikami’s penchant for survival horror.

But Ghostwire: Tokyo takes a hard detour away from the horror road. In fact, one of the first things you’re asked to do is to destroy some Slenderman-esque enemies by blasting wind from your hand. Despite the obvious horror influences in the monster design, Ghostwire: Tokyo is a game where you have no other choice than to destroy your enemies and push forward.

In fact, I only noted just one intentional jump-scare moment in the game’s first two chapters, and it’s certainly been devoid of any kind of gore, which automatically makes Ghostwire Tango’s most accessible game yet. When first revealed, then-Creative Director Ikumi Nakamura described the game as a ‘spooky’ action-adventure game, which is honestly a pretty spot-on description for its supernatural, occult themes.

Aside from the monstrous enemies, in the various interior locations you’ll find intriguing imagery, a mix between traditional occult and high-tech glitch aesthetics that create some seriously eerie haunted house vibes. The ability to talk to animals and interact with passive everyday Japanese yokai spirits also bring a less malevolent folktale aspect to Ghostwire.

The problem? The action starts off very slowly.

The first few hours of Ghostwire: Tokyo sees Akito and his spirit buddy K.K. getting to know one another – their histories and motivations – as well as Akito learning how to harness the spirit magic that K.K.’s possession has afforded him. By completing story and map objectives, like cleansing Torii gates around Tokyo, you’ll unlock more of the open world map to explore, and gain access to more powers and combat abilities.

But this takes a while, as does improving your powers. The wind attack you start off with is the most rapid-fire offensive ability, but even then, you’ll only be able to conjure what feels like a single shot per second. When taking on a group of enemies in the early game, the dance of combat involves keeping careful distance from everyone while you meticulously aim and fire your wind shots, being careful to make each one count.

You’ll gain the ability to charge your shots to release multiple projectiles early on, but choosing when to do so requires careful consideration, given the painful amount of seconds it takes to reach a fully-charged state.

Damage an enemy enough, and you’ll be given a limited window of opportunity to take them down by destroying their ‘core’, but doing so also poses a risk because, you guessed it, it takes precious few seconds to do so. Active enemies can interrupt you with attacks at any time, which cancels the action, and deciding to block the attacks also means dropping everything.

This pace is certainly intentional by design – there’s no quick dodge ability or anything of the sort, so your regular walking speed, coupled with the moderate speed of the enemies, certainly sets the tempo. But it begins to get pretty tiring.

Couple that with the slow speed it takes to do other actions like healing and regaining health, the animation of which actually goes through the motions of Akito cramming food into his mouth. There’s also the action of absorbing lost spirits you find on the street to increase your experience points – by sucking them up with a katashiro paper doll – which also takes ages to do, especially given how many spirits litter the world. Ghostwire: Tokyo’s plodding pace is almost a turnoff in the beginning.

Thankfully, and bizarrely, the skill upgrade system in Ghostwire Tokyo largely consists of opportunities to increase the execution speed of basically all of Akito’s abilities. As you progress through primary and secondary missions, collect spirits and other in-world items, you’ll earn the currency needed to increase the speed of just about every core action you need to rely on – charging your attacks, absorbing spirits, breaking enemy cores, even the firing speed of the wind attack.

It’s a little frustrating to see, but narratively, I suppose you could chalk it up to Akito’s growing competency with his newfound powers.

By the end of Chapter 2 of Ghostwire: Tokyo – about 8 hours in – most of my powers had been sped up dramatically. I’d also gained a close-quarters water attack, which acts like a wide-spread shotgun, as well as a fire ability that deals a high amount of damage at long range, and also explodes when charged.

At this point, Ghostwire Tokyo felt like a completely different game. Combat was now faster paced and far more engaging. The dance was now much more about constantly juggling my three different elemental abilities, weighing up the risk to squeeze in a quick charge attack or takedown, and knowing when to drop everything and block, or make a tactical retreat to give myself the time and space to conjure more powerful attacks.

And then, in a move that seems like it was planned all along, Ghostwire Tokyo takes all your spirit powers away with a plot event. The power-ramp and subsequent rug-pull is pretty admirable now, from a distance. But I couldn’t help but yell in the moment.

To close out Chapter 2, Akito is left to rely on the game’s basic stealth mechanics to get by – a bow that shoots magical arrows, as well as the ability to instantly dispatch an enemy from behind when unnoticed. They’re serviceable, but not as satisfying as active magical combat.

As a reward for completing that stretch of the game, Akito finally regains K.K.’s powers with the additional bonus of being able to ‘Wire In’ – essentially an ultimate ability that sends out a shockwave to stagger nearby enemies, and replenishes all the ammo required for your spirit abilities.

So with all that back in hand, the rest of Ghostwire: Tokyo seems much more promising, though with the skill upgrade tree already half unlocked, I’m curious to see whether the game’s action evolves further from here, or if it has any other tricks up its sleeve.

If anything, I’m keen to see more of the open-world that Ghostwire Tokyo has constructed – a dense recreation of Shibuya, Tokyo and its surrounding suburbs. The first couple of chapters have your range of exploration quite limited, with a killer fog that doesn’t let you venture too far, but it at least lets you appreciate the specific details of the world – think the map of the Yakuza games, taken one step further through the micro details.

After two chapters and eight hours, it feels like Ghostwire: Tokyo is only just getting started, but thankfully the core action has reached a point where it’s become consistently engaging and enjoyable to partake in. There’s obviously a lot more still to come, and I’m eager to see how the combat dynamic changes later on, and what unique wrinkles the open world might have to offer.

You can look forward to our full assessment of Ghostwire: Tokyo on 23 March 2022.

A PlayStation 5 copy of Ghostwire Tokyo was provided and played for the purposes of this preview coverage.