Dawn of Ragnarok spices up Assassin’s Creed with superpowers

Assassin's Creed Valhalla: Dawn of Ragnarok is an expansion full of new story and quests, but we're more interested in the new powers.
Edmond Tran 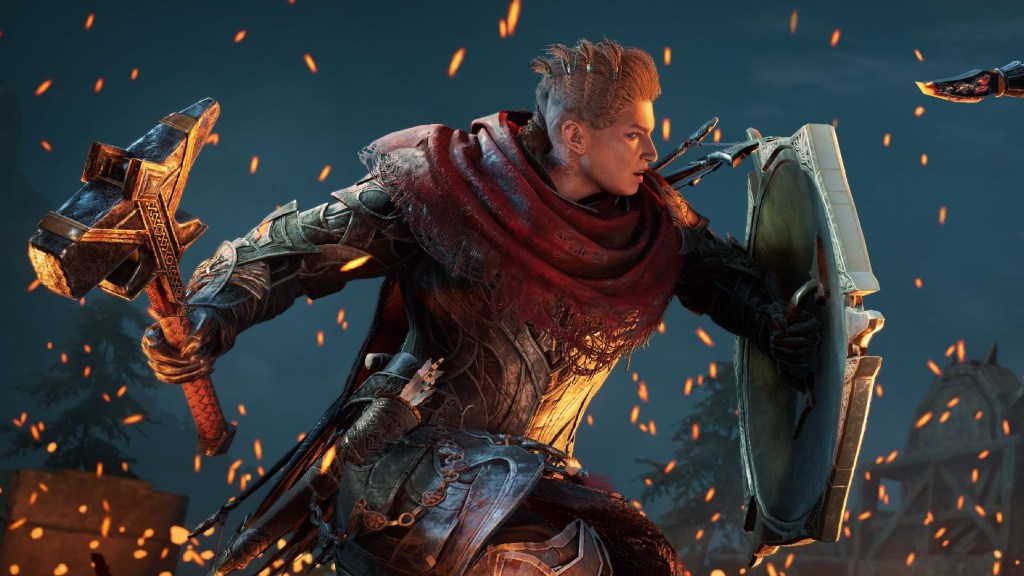 Ubisoft’s open-world games tend to stick with pretty well-worn formulas. They work, and people love them, even if they all start to blend together mechanically after a while. However, some of the most interesting ways the developer has managed to inject excitement into its open world games in the past is basically by throwing reality aside completely, and adding super powers. I can see that happening in the upcoming Assassin’s Creed Valhalla: Dawn of Ragnarok.

Let’s take a step back.

Far Cry New Dawn is a smaller-scale spinoff of Far Cry 5, and on first appearances, it didn’t seem to differentiate itself, aside from a more exciting colour scheme. About halfway through the game however, your character somehow gains the ability to do wild things like double jump, enter a rage-filled melee mode that lets you punch bears, and you can just straight-up turn invisible.

New Dawn decided to break free from the relatively grounded nature of the Far Cry series, and I thought it was one of things that made New Dawn worthwhile.

The same can be said of The Crew 2. On the surface, it’s an open-world driving game that tries to learn from the shortcomings of the original. Fine. But the reason The Crew 2 is so fun to play lies in the presence of planes and boats, in addition to cars, and the ability to instantly swap to any other vehicle at will.

Suddenly, getting around the game’s simulacrum of the United States is the most fun you can have. You can do goofy stuff like drive off the Grand Canyon, turn into a plane, get some serious altitude, and then turn into a boat and free-fall until you hit a river.

Dawn of Ragnarok is doing the same kind of thing for Assassin’s Creed by adding a series of liberating supernatural abilities for you to play around with. It’s a hefty, 35-hour expansion pack for Assassin’s Creed Valhalla which expands on protagonist Eivor’s connection with the Norse god Odin.

As Odin, you’re exploring Svartalfheim, the Norse land of the dwarves, in an effort to find your son, Baldr. And as a god, you’re afforded the ability to equip two supernatural powers on top of your standard Assassin’s Creed Valhalla-style fighting abilities. In a demo presentation, we got a glimpse of three different powers.

The first and most impressive one is the ability to shapeshift into a Raven and take to the skies. If you’ve played any of the recent Assassin’s Creed games, you’ll know that a bird companion has been a common element. Typically, you can summon the bird to take to the skies and survey the area from above, and sometimes get it to take out an enemy or two, as well.

Dawn of Ragnarok makes you the bird. So the power becomes both a really great way to traverse the expansive world map, as well as being a great tool for infiltrating enemy territory and kicking combat off with a surprise attack. As someone who tends to get weary travelling through the ridiculously huge environments of Assassin’s Creed by horseback, an ability like this instantly makes the game more attractive.

The second is the Power of Rebirth, which, when activated, causes all the enemies you defeat to resurrect and fight as your ally. This isn’t just limited to one or two instances, but several.

Dawn of Ragnarok will have dozens of enemies occupying hostile locations, and the pack also introduces a few new ‘Muspel’ enemies made out of fire. Some of these Muspel enemies have the ability to do things like buff their allies and create exploding enemies, so the ability to create your own mini-army seems like a useful tool to give yourself some breathing room.

The third ability that was showcased was the Power of Muspelheim, which essentially disguises you as a Muspel enemy, allowing you to move past Muspel enemies undetected and makes you immune to lava.

It was definitely the most situational of the three abilities we saw, but what’s also very notable (and likely very useful) is the Dawn of Ragnarok mechanic that allows you to siphon different powers from fallen enemies while you’re in the world. Since you can only equip two abilities at a time, there’s plenty of opportunity for the game to throw some interesting decisions at you, provided the rest of the powers are as varied and effective.

Needless to say, these powers are what’s got our interest piqued in Dawn of Ragnarok so far. For those with a heavy interest in Assassin’s Creed Valhalla’s particular take on Norse mythology, there also looks to be plenty to chew on, in regards to its plot and worldbuilding.

But me? I just wanna turn into a raven and get the jump on some unsuspecting schmucks from 200 metres in the air. I’m sure that’ll never get old.