How to get into video game voice acting in Australia

Thinking of getting into video game voice acting? We share some key tips for beginners.
Gemma Laurelle 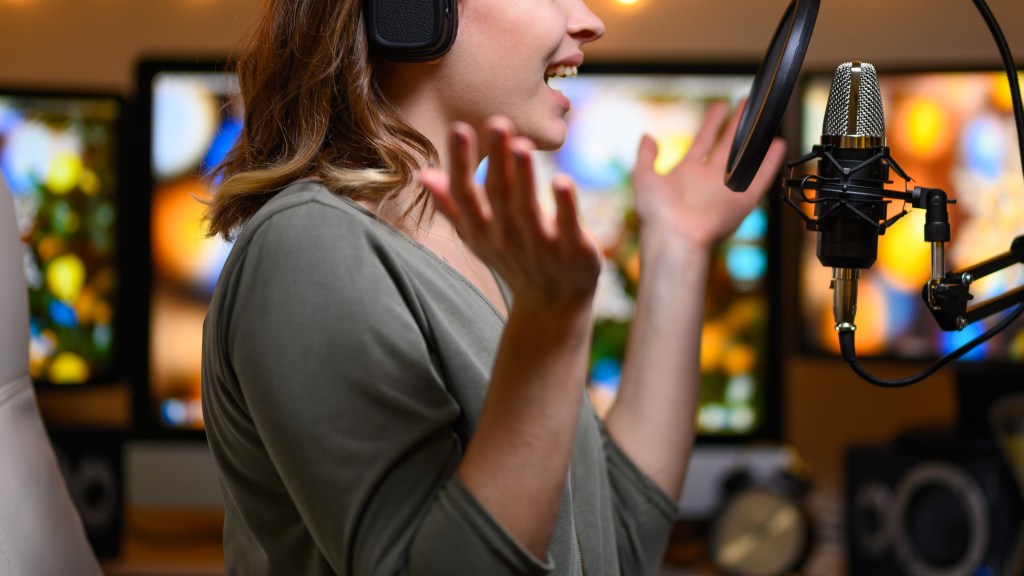 Voice acting – the dream career! Being in the studio, voicing characters on phenomenally successful video games with incredible creative teams every day, for a regular tonne of money. That’s how it goes, right? Well, yes and no – let’s back up a bit! Here are some fundamental steps to building a video game voice acting career, and some of the major industry myths in need of debunking.

Some of my voice acting adventures include characters in games like Warframe, Path of Exile, Bloons, and Eastshade, along with narrating the game trailers of the world’s number 1 space game, EVE Online and action RPG Last Epoch.

I have also created video game acting workshops, and an online video game voice acting course, bringing together budding voice actors with some of the best voices in the world like Doug Cockle (The Witcher himself!) and BAFTA-winning actress, Cissy Jones.

In the process, I’ve learned a lot about the skills needed for a long-term voiceover career, how to find work as a self-represented actor, and the reality behind a home studio business.

Whilst there is a whole lot more to a voice acting career in video games than what I can squeeze into this article, we’ll hit the big points for a beginner looking to get in.

Where to even begin with video game voice acting?

Any type of voiceover work requires some level of voice acting ability. Video games are at the top of the list in terms of acting expectations.

Acting skills are fundamental to a career as a voice artist in the interactive entertainment world. The demand for a ‘perfect’ sounding voice is actually quite uncommon! Casting directors and game studios are looking for believable performances. Believable means being truthful to the character.

Being able to voice a character that sounds believable means being able to act at a high level in the recording booth, using your whole body in the performance, and delivering it all through your voice. Usually, you’ll also do it by yourself with no other actors to bounce off.

When you’re acting for film, TV or stage, you have the benefit of having your expression received visually and using facial expressions to show sadness, anger, joy or confusion. Voice acting requires all of that to be expressed through voice only.

The broad range of human experience has to be delivered through your voice. It is surprisingly a lot harder than people realise, until you’ve done it!

This is why my first recommendation to anyone wanting to get into video game voice acting, is to start taking acting classes.

Not to run out and buy expensive gear, not to get a demo done early on, and certainly not to hunt for an agent.

Act first. Whether it be community theatre, comedy improvisation classes or acting workshops, all types of acting training will contribute to your voice acting ability. Pushing your acting limits and getting comfortable with feeling vulnerable will increase your success in booking and performing voice acting jobs.

You’ll often need to be able to take direction in a studio or remotely, so having an understanding of performance language and the ability to drop self-consciousness is crucial.

Efforts are non-verbal sounds that add to the action and realistic nuance to a scene. Different death sounds, being hit, giving hits, falling, climbing, jumping, breathing and the like, are all considered to be ‘efforts’.

It might sound obvious, but actually playing games will help your career.

Not only does having exposure to a variety of games keep you updated about this ever-changing arena of interactive entertainment, it also allows you to hear other voice artist performances.

You can gain a lot by listening and paying attention to not only what is being said and the writing structure, but how it is said and the emotional engagement and impact the voice acting has (or doesn’t have!).

Learning the skill of self-direction is a critical skill now, as not only will your audition demos require you to make solid, specific choices in performance, many studios rely on your audio recordings to be self-directed and edited to a quality level (it’s common for game voice audio to be 48kHz, 16bit, mono .wav file delivery specification).

Putting yourself ‘out there’

You will need a voice acting demo, eventually. There is no way around this key marketing tool.

The industry has shifted towards truth and believability in acting, so having a demo where you voice 30 different ‘funny’ voices won’t cut it.

Your demo needs to show your acting ability – having just 3 scenes that show truth and depth and heart, is going to put you ahead of the rest than someone with a flashy ‘I can do voices!’-type demo.

My only caveat is to not get a demo done too early in your career, unless you already have some decent acting experience and feel confident in front of the mic.

It’s better to do the ‘1000 hours of suck’ getting experience in voiceovers than to spend $2000 on a demo that you cringe at in 6 months’ time (and casting directors will hear it too!).

Stuff is about to get real here – Being Australian can mean you are limited to certain markets.

Studios like Blizzard do not cast non-SAG-AFTRA union actors. Consequently, being a non-US citizen, and one that is not represented by an agent in LA or NY, will effectively cut you out of even becoming aware of casting notices, let alone auditioning to be considered.

However, it’s definitely not all doom and gloom!

Horizons are open in other markets, such as Canada, Europe, South America, Asia and of course, Down Under!

Independent studios are incredibly open to casting, and are making some of the best games in the world. I’ve also met some of the most talented, kindest and fun people at indie studios.

The other factor which may see a limitation to being cast, is if the only accent you have is your native Australian dialect. Currently, it is still rare to see a demand for an Australian accent in games.

I stopped counting how many games I voiced once I hit 30 games, but of the multitude of Australian and international games I have voiced for to date, only one studio has asked for an Australian accent – and it wasn’t an Australian game!

In order to widen your casting opportunities, it is important to equip your accent toolbox to include a General American accent at a bare minimum.

British and Trans-Atlantic accents are in more demand than Australian accents for now, however, the industry is slowly changing and we may see more Aussie accents in the mix in future.

Social media has been incredibly helpful in sharing voice acting opportunities, and with hashtag searches (such as ‘#VO’ and ‘#Casting‘) on Twitter, you will find there are a lot of game dev teams looking for voice actors.

Casting Call Club is another popular site for finding video game, fan-made and anime voice acting gigs to gain experience and share your passion for this niche.

Read: How to apply for a job in games (and what not to do)

If I had one golden key to hand out to every voice actor starting out, it is that building genuine relationships with people is going to be crucial. Nobody succeeds alone. Leading with desperation (‘Please cast me!’), is not the way to go about this, however! It takes years to build trust and solid connections in this industry.

Finding your local college or community studios that are growing their expertise, and reaching out to see if you can be of assistance, is a great way to start gaining experience. From there, it’s a matter of branching out, armed with the right advice.

Happy voice acting adventures to you!

Prior to becoming a voice actor, Gemma was a criminal law Barrister - prosecuting in courtrooms for over 5 years, before turning her experience to defence and further work in the Australian legal arena. Gemma now provides voiceover and acting services, and has been providing character voices for video games internationally. 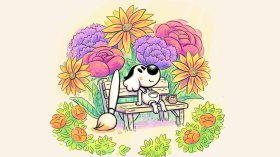 The Nintendo Switch library is filled with gorgeous, wholesome, and cosy adventures you can get lost in.

Time has turned Ape Escape into a PS1 horror show

Elon Musk has shared his Elden Ring character build with the world via Twitter, and he's caused quite a bit…