The Last of Us HBO review – A strong, worthwhile adaptation

The HBO TV series adaptation of The Last of Us is faithful to its already strong source material, though the unique additions shine most.
Edmond Tran 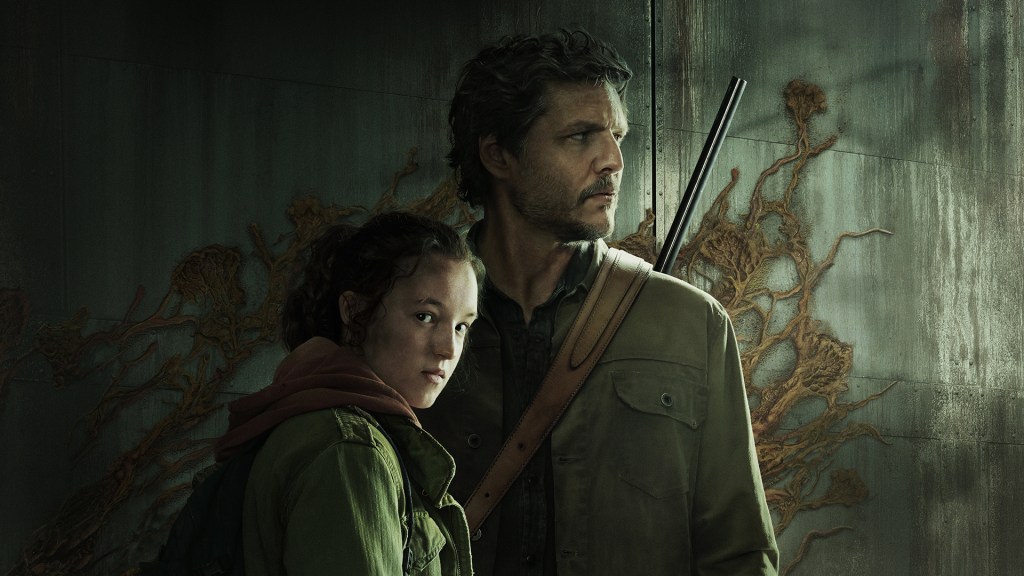 The Last of Us works well as a TV series. For those familiar with the 2013 cinematic action video game on which it’s based on, that probably comes as no surprise. The HBO TV series adaptation of the Naughty Dog-developed title – led by the game’s creative director and writer Neil Druckmann, along with writer and director Craig Maizin (Chernobyl) – sticks closely to the original version of the story, with many of its plotlines and pivotal scenes remaining the same, and even sections of dialogue and scene transitions taken verbatim.

As a viewer with an intimate knowledge and fondness for The Last of Us video game, the HBO series is at its strongest and most interesting when it diverges from its source material – but some of that divergence also sprouts some of the show’s weaker moments. Regardless, The Last of Us feels like a worthwhile exploration of the original narrative, and succeeds in creating a unique identity for itself.

In a post-apocalyptic world ravaged by a parasitic fungus that turns people into zombie-like creatures, Joel Miller (Pedro Pascal) is a survivor tasked with transporting young teenager Ellie (Bella Ramsay) across the country to a research facility run by a democratic resistance group. As the victim of child loss, Joel is reluctant to connect with Ellie, but over the course of several trials and tribulations, the two eventually form a strong bond. The HBO adaptation of The Last of Us covers the events of the game now known as The Last of Us Part I, which includes the events of the game’s standalone expansion, Left Behind.

Compared to the video game, Joel is a more emotionally complex (and eventually, more emotionally open) character in the series, which is fortunate, given we spend less time with the character overall. We do see his violent side come out in the latter half of the season, but more time is spent exploring his psyche and humanity, and he feels like a more empathetic character in the context of the nine episodes.

Of course, the biggest strength of the adaptation comes from its format, and its ability to naturally detach itself from the story of Joel and Ellie, to its benefit. The Last of Us jumps around liberally in time and history – the very first scene of the series takes place in the 1960s – to draw clearer parallels between events and character motivations from past and present. Flashbacks are used liberally, and even whole episodes are detached from the central characters, to great effect.

This is all interesting stuff to someone who is intimately familiar with the chronology of the events of the two Last of Us games, and helps keep the dynamic of the TV series engaging in its own right.

The origins, proliferation, and behaviour of the fungal virus are explored in much greater detail than in the source material, particularly in the cold opens of the first two episodes, one of which takes place in Jakarta, in an arc performed entirely in Indonesian. These moments are fantastic, and you can feel the influence of Maizin’s Chernobyl style here, as the show marinates in the slow tension of an impending disaster the viewer is well aware of.

The HBO adaptation of The Last of Us also diverges from the original game’s version of events to reimagine a number of secondary plotlines, mostly in the middle episodes that credit Craig Maizin as their sole writer. These stories primarily involve other groups of survivors  – Bill (Nick Offerman) and Frank (Murray Bartlett), as well as Henry (Lamar Johnson) and Sam (Keivonn Woodard) – though both those examples vary greatly in terms of tone and execution, as well as their lasting impression.

The reinterpretation of the relationship between survivalist Bill and his partner Frank is dramatically expanded upon in the TV adaptation, and is undoubtedly one of the most memorable highlights of the season. Offerman shines in this dramatic and vulnerable role, and Bartlett (The White Lotus) is a commanding and charming presence. The episode in which they take centre stage makes the entire adaptation project feel valuable.

The story of brothers Henry and Sam goes also through an interesting reinterpretation – the younger Sam is now deaf, which adds a new dimension and backstory to their relationship. However, their arc is also intertwined with that of Kathleen (Melanie Lynskey), the leader of a citizen’s militia that gains control of Kansas City by overthrowing government forces.

While Lynskey (Yellowjackets) makes for a compelling antagonist – she retains the disarming, soft-spoken demeanour that thinly veils an ice-cold ruthlessness seen in previous roles – the subplot that involves her, Henry, and Sam sees The Last of Us deviate into a more familiar zombie-fiction beat that ends up feel more contrived than the other stories. Its purpose seems to be in setting up one of the few grand action setpieces of the show, rather than meaningfully contribute to the pre-existing and far more memorable dramatic payoff of Sam and Henry’s story.

On the other side of the coin, the arc that explores a past relationship between Ellie and her close friend Riley (Storm Reid) is incredibly faithful to Left Behind, the expansion content for the video game. Similarly, the arc that sees Ellie set off on her own during the dead of winter to discover the community of Silver Lake is as gripping as it ever was. These arcs give Bella Ramsey a chance to really come into her own as Ellie, and she does it well.

One issue that comes to mind, as a result of the last few episodes of Season 1 being so faithful to the source material, is that the dramatic conclusion of The Last of Us doesn’t quite feel as impactful as it should. This could be a personal experience, a result of being so familiar with the game, but when considering the overall arc of the HBO version, it feels as if the series could have used just a bit more time to explore the growth of Joel and Ellie’s relationship.

These kinds of intimate scenes are present, but given the limited nine-episode runtime of the series, and the (worthwhile) decision to explore stories away from Joel and Ellie, the evolution of the eventually unbreakable bond between them doesn’t feel as convincing as it could have been. Quiet moments between the two are scattered throughout the season, including several scenes of camping – the passage of time and the need for food, rest, and sleep is more keenly felt in here than the game, which is a nice aspect. The show also leans on Ellie’s infamous book of bad jokes, No Pun Intended, and Joels’ reaction to them, as a regular and obvious litmus test to gauge the status of their relationship throughout the season, but another episode that primarily focused on the character drama between them certainly wouldn’t have gone astray.

Read: The Last of Us Part 1 game review – Vivid memories, clear as day

And while The Last of Us uses Ellie’s relationship with Riley and eventually Maria (Rutina Wesley) to explore the lives of girls and women in this mostly paternal post-apocalypse story, the HBO adaptation’s interpretation of Tess (Anna Torv), Joel’s post-disaster companion and partner in crime, comes as a small letdown. Torv puts in a solid dramatic performance, but where the game’s version of Tess was an incredibly active, imposing figure that even outclassed Joel in terms of grit, the HBO version doesn’t get a chance to show this side at all. Instead, it feels as if she’s the main element for highlighting the crutch of age in a survivalist setting, which makes her tale feel less consequential, and a bit disappointing.

But there are several other new touches that add a lot to the story and characterisation of these already well-established characters, touches that make this version of The Last of Us feel believable, unique, and engaging as a standalone piece of media – a show about finding something to live for when all hope is lost. This depiction of Joel, Ellie, and the world they inhabit is a strong one, and its deviances from the source material are overall successful in enhancing this telling of The Last of Us.

Here’s hoping the rest of Joel and Ellie’s story gets the same treatment.

The Last of Us is streaming now on HBO Max in the US, and on Binge in Australia.

For more on HBO’s The Last of Us, you might enjoy the following:

A work-in-progress version of The Last of Us Season 1, featuring all nine episodes, was provided to GamesHub for the purposes of this review.