Steelrising is a visual spectacle with an unique setting, but attempts to mimic the action and wonder of its influences aren’t as inspiring.
Percy Ranson 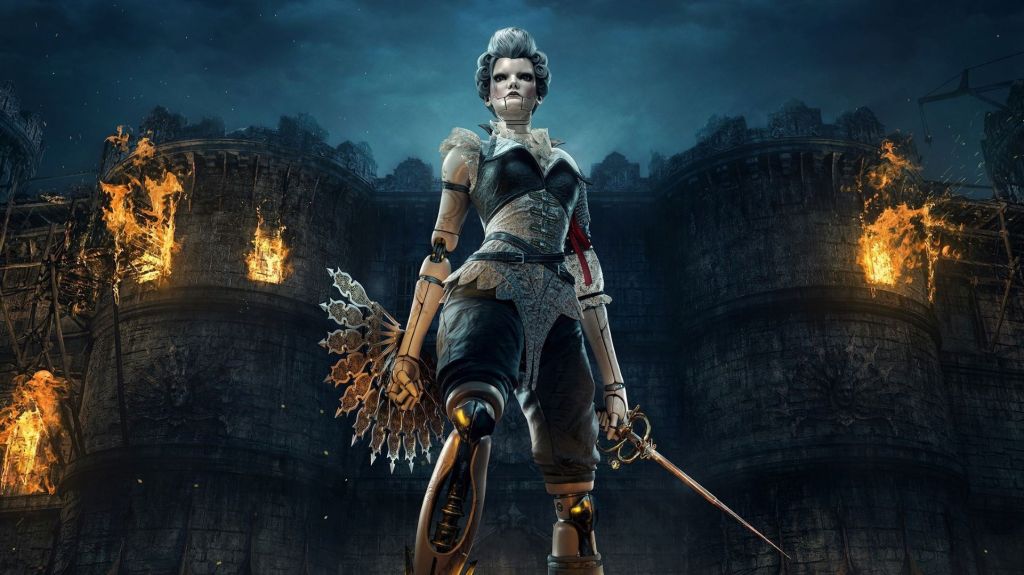 I studied the French Revolution in high school, and had an awful time doing it. Trying to remember names and dates was never my strong suit, but the hardest part was convincing myself to learn it all when I was certain that it’d never be relevant to my life. Oh what a fool I was, because those hours spent memorizing historical figures have suddenly become far more valuable through my time in Steelrising, the Souls-like action RPG set amidst the downfall of King Louis XVI.

Admittedly, there’s far more necromancy and murderous automatons than I remember from history class, but at least I wasn’t too surprised when I pulled Maximilien de Robespierre out of a box so I could help him overthrow the monarchy.

The first and most baffling decision that I came to question in Steelrising was the inability to play the game in French with English subtitles. Characters will sprinkle French terms into their dialogue in the same way questionable English dubs of anime will retain some Japanese terminology. The voice acting is well-delivered, but every instance of a French phrase followed by an English sentence drew me further out of the narrative. The fifth time I heard an NPC say ‘s’il vous plaît’ in a Cockney English accent, I could no longer take any conversation seriously. It seemed the perfect game to make use of such a feature given the emphasis on both historical figures and notable Parisian locations, but no such luck.

Read: Every game coming to Xbox Game Pass in September 2022

It’s hard not to compare Steelrising to its far more successful inspiration, Bloodborne. In both gothic setting and frenetic pace, Bloodborne ran so that Steelrising could muster a jog. With Bloodborne, FromSoftware took great pains to ensure that combat would be swift, unrelenting and… well, bloody. Upon taking damage, you had a window of opportunity to regain that lost health by carving into your enemy, pushing the player away from the shields and patient defence that served so well in prior Dark Souls titles. That mechanic encapsulated the vibe that Bloodborne sought to present, a bestial ferocity lurking beneath the facade of humanity.

Steelrising attempts that same feat now with its own mechanical twist on the Souls-like formula – the ability to reset your stamina bar by timing a button press during its cooldown period. Press too soon, however, and you’ll be locked out of stamina-draining actions completely for a few seconds, something that’s potentially devastating mid-combat.

The Automats of Steelrising are tireless machines, and this rapid recovery mechanic allows the player to mimic that tireless nature, as long as you can match the machine-like precision necessary to pull it off. At its best, Steelrising has you darting between your foes in an unrelenting symphony of destruction, pausing for the barest moment to reset before striking again. Make a mistake, and your rhythm will come to an abrupt halt, most likely followed by your demise. This mechanic is perfectly suited to allow expert players to optimise their combat experience, eking out the most damage possible in the shortest time.

It’s such a shame then, that Steelrising simply doesn’t have a challenge hard enough to make such optimisation worth it.

The Automats you’ll face are a delightful combination of goofy and gruesome. While some are clearly designed with combat in mind, their ranks are bulked up with non-combat oriented machines repurposed for violence. Chefs, miners, construction workers – automation has replaced seemingly every role in France, and now they’re aiming to make that replacement permanent.

For every spear-wielding bodyguard or scythe-clawed snake, you’ll run into a dozen horn-wielding musician-bots, honking comically across the battlefield as they unleash slapstick death upon the populace of Paris. The variety of enemies you’ll face isn’t enormous, but you’ll find new iterations on familiar foes as you progress, sporting different attacks or elemental affinities.

But while amusing, Steelrising never presented me with a particularly difficult challenge, certainly nothing I couldn’t overcome with the overabundance of consumables provided. You can expect virtually infinite healing courtesy of easily accessible oil ‘potions’, and grenades are consistently the most optimal means of dealing damage. Combat is enjoyable, but you’re a walking arsenal of destruction right from the start, and you’re unlikely to find anything that’ll hinder your progress.

This is particularly true of the Titans – the Automats that serve as boss encounters. Each is powered by the unconscious soul of one of France’s upper-crust, and they reflect the profession of their unwilling power sources in design and combat gimmick. The Titans are extravagant spectacle fights with unique attacks, and they each possess the challenge and structural integrity of a wet paper bag. It’s a tragic shame that the stellar art design of these Automats is never supported by any real difficulty, because I’d have loved to spend more time crossing blades with them.

Perhaps your most consistent enemy is Paris itself – the burning alleyways, corpse-clogged sewers and shadowed gardens are all morbidly beautiful, but a frequent nightmare to navigate. The lighting is a visual treat, metal gleaming in the firelight as you carve apart mechanical foes amidst the destruction they’ve wrought. But in dimly lit environments, combat becomes indistinct and hard to track.

You can unlock a plethora of traversal options that feel great to use, like a grappling hook to zip up onto the rooftops and a mid-air dash to clear large gaps. But the moments of fluid movement you’re allowed to enjoy are tempered by the vast array of invisible walls that keep you penned into an enclosed experience. With time, you develop a feeling for what you’re able to easily traverse and where the walls will be, but it never feels comfortable. I loved looking at Paris, but I only tolerated moving through it, to the point where I loudly exclaimed my joy upon finding a consumable for fast-travel later in the game.

The visual spectacle, creative setting and mechanical intrigue of Steelrising are never quite able to justify its shortcomings in challenge and consistency. It’s an inspiring experience that I had a good time with more often than not, but it certainly pales if you’re already familiar with the paragons of the genre. That said, rubbing elbows with French revolutionaries made for an entertaining interlude between bouts of robot vs. robot combat, and I can’t deny how glad I was to experience that.

The PlayStation 5 version of Steelrising was provided and played for the purposes of this review.