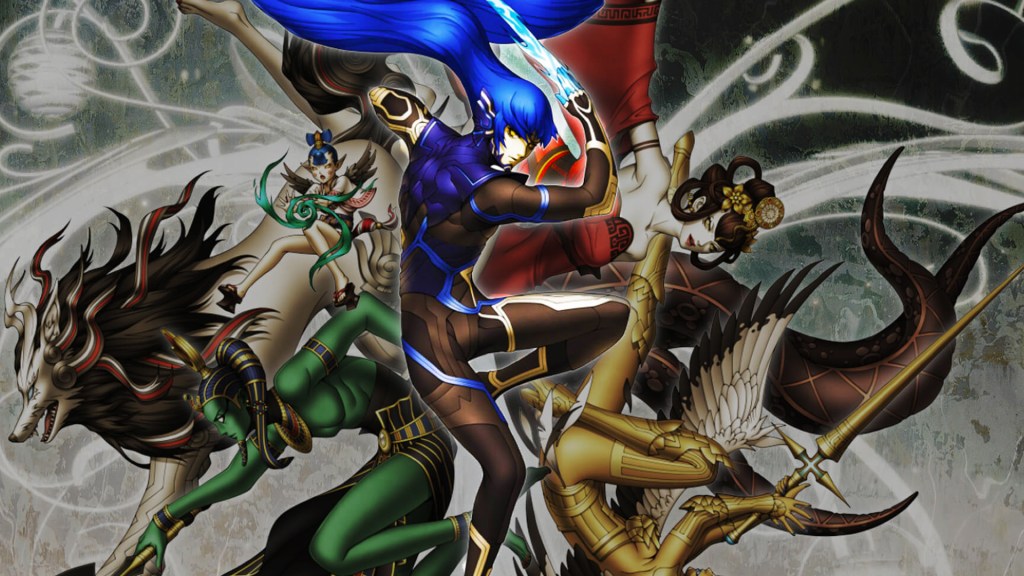 Shin Megami Tensei V is a modernised take on one of the oldest and most notoriously challenging Japanese RPG franchises. It retains its strategic turn-based combat and heady philosophical themes while adding large worlds to explore and friendlier touches to its many systems. It’s less frustrating than previous games, but is by no means easier. It’ll push you into corners, stretch your imagination, and force you to exhaust all your options until you figure out how to proceed.

You play a high schooler living in modern-day Tokyo. During a seemingly ordinary day, the apocalypse occurs – or rather you wander into a version of Tokyo in which the apocalypse has already happened. It’s a desert dotted with real-world landmarks, where a battle rages between demons, angels, and recognisable figures from mythology and literature. You are suddenly given god-like powers and made to navigate this land, named Da’at, to decide your role amidst it all.

As opposed to the character-focused dramas of its spin-off series Persona, Shin Megami Tensei’s plot is focused more on exposition than emotion. As much as SMTV updates the mechanics of the series, including some that appear to be inspired by other games, it retains a slow pace and obtuse story, which posits that the ideological conflicts within Da’at are more interesting than any single figure within it.

Quests will have you interact with fascinating characters (be they from Shakespearean or Norse mythology), but very few of them will spend more than a few moments with you; what matters more is what you learn from them about the state of the world. Characters will frequently ask for your opinion on various events, and your choices subtly determine what direction the story takes.

Shin Megami Tensei V continues to feature the series’ excellent Press Turn battle system, which has seen a few modernisations. Your party will earn turns from a pool, gaining extra turns for performing critical hits and exploiting elemental weaknesses, and losing turns when an attack misses or fails.

SMTV also introduces the Magatsuhi Gauge, a new meter that fills up as turns pass, letting one character perform a powerful ability that can grant a significant advantage if used correctly. However, enemies have their own Press Turns and Magatsuhi abilities for you to contend with. The system is engaging and tense in equal measure, as even the weakest enemies can wipe your entire party if you’re not careful.

Also returning mostly unchanged is the demon fusion system, in which you can combine any two or more demons you have recruited for your current roster to create a new, stronger demon. You are encouraged to be ruthless, as fusing new demons is the fastest way to free up space for you to recruit even more demons. Each demon has only a handful of abilities, but your party composition turns over so rapidly, there’s always a new character to master. It can be easy to spend hours in the demon fusion menu, poring over which demons to sacrifice, which to hold onto, and which to bring back for a fee. Every choice you make will strengthen you against the game’s bosses.

Each boss fight in SMTV is deliciously relentless, requiring some degree of trial and error to make sure your protagonist and his party of demons are able to both withstand them and meaningfully fight back. They challenge you to make use of everything at your disposal – that debuff spell you’ve been ignoring until now might be more useful than you think.

Luckily, your party is highly customisable, down to specific abilities and elemental advantages, and bosses are SMTVs way of showing how no ability or item is unimportant. Grinding to grow in raw power is hardly ever more efficient than getting creative with what you currently have — and it’s thrilling to work out the best way to exploit a boss’s weaknesses, knowing they won’t hesitate to exploit yours right back.

Some quality of life changes, but old habits die hard

SMTV has clearly paid attention to sanding down unfavourable aspects from previous games. NPCs and sidequests are clearly marked on the map, for example, eliminating one of the most exasperating elements of previous SMT games: getting lost.

But some returning features continue to seem unfair at times. Recruiting demons into your party by talking to them and negotiating with them during a battle, is still an unpredictable process where there is no way to know which option is correct.

I once talked to the same demon eight times before they decided to flee the fight. Unlike the trial and error of picking boss strategies, the randomised options and opaque results of negotiation are too repetitive to be satisfying when you finally break through.

Similarly unpredictable is knowing which party gets the first turn in battle. Even when striking an unsuspecting enemy in the field to supposedly get an advantage, it seems to be a matter of chance. And, if the enemy randomly gains the first turn and uses their strongest abilities, you’ll be facing a game over screen that you had no control over.

Despite these issues, Shin Megami Tensei V is easily the most approachable series entry to date. Traditional mechanics have been carefully updated, adding new ideas to provide additional layers of strategy for players to discover and capitalise on. The game’s all-encompassing tension, infrequent story beats, and exciting systems all add up to an experience that effectively satisfies the challenging RPG niche that Shin Megami Tensei first carved out in the late 90s.

A copy of Shin Megami Tensei V on Nintendo Switch was provided and played for the purposes of this review.