One Piece Odyssey review – A good crew is all you need

An RPG for long-time fans and newcomers to the series, One Piece Odyssey is a grand tale of friendship bursting with character.
Courtney Borrett 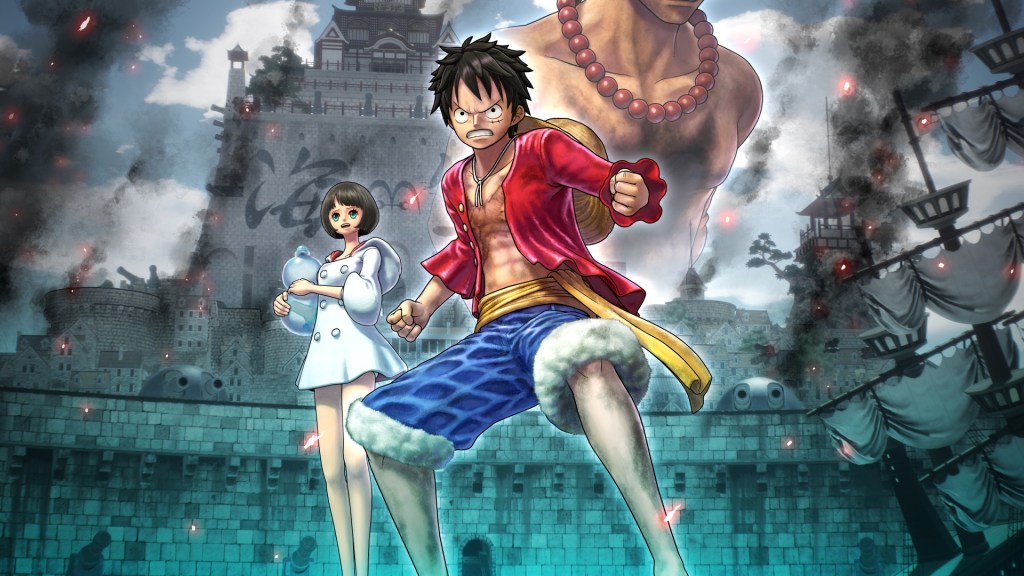 For 25 years, One Piece has captured the hearts of people worldwide. It’s the top-selling manga and longest-running shonen anime of all time. One Piece Odyssey attempts to retell four major One Piece story arcs in an ambitious Japanese-style RPG format – a massive undertaking in its own right. But Odyssey is an expressive and dedicated portrayal of the classic anime series that does a fantastic job of letting each character shine.

In One Piece Odyssey, you play as the Straw Hat Pirates, who are shipwrecked on the island of Waford. The crew features several of the Straw Hats – Luffy, Nami, Zoro, Robin, Sanji, Chopper, Usopp, Brook and Franky – though Jinbei, the most recent character to join the Straw Hat crew, is unfortunately absent. With their ship, the Thousand Sunny, heavily damaged, and with no way to leave, the crew start exploring the nature-filled island.

Not long after arriving on Waford, the Straw Hat Pirates have their powers taken away from them, and the only way to get them back is by reliving the memories of their past adventures. You play through a variety of classic One Piece story arcs, including Alabasta, Water Seven, Marineford and Dressrosa. These cover some of the most important moments in One Piece history, meaning those familiar with the series can find enjoyment reliving their favourite scenes.

I’ve been watching One Piece for around 20 years, and love its epic story and charming characters. The story arcs in One Piece Odyssey are unfolded in a way that is recognisable, and refreshing at the same time. Each arc in the game features primary plot points that are familiar, but as you’re reliving memories, there are moments that are brand new. You’ll be fighting both familiar villains and new foes as you traverse the new lands of Waford, Memoria and Hysteria.

The fights in One Piece Odyssey are turn-based battles that use a rock-paper-scissors system to determine advantages and disadvantages, with four members of the crew fighting at once. The simplicity of the battles allows the game to let the personalities of these characters and their animations become the main focus, with gorgeous visuals and interesting abilities keeping things lively.

During battles, characters and enemies are placed in random zones relative to your battle formation selection, known as the Scramble Area Battle System, allowing for combat to be either close or long range depending on where they’re placed ahead of the action. In addition, enemies and crew members can occupy the same zones and be moved around to different zones through player-control (for crew members) and attacks and abilities (for enemies). The Scramble Area Battle System is beneficial since you can pre-determine where you place the crew for each fight, ensuring that healers and mages are less likely to be attacked, while tanks and fighters are on the frontline.

The rock-paper-scissors battle system takes each character’s fighting style into consideration – the system is Power > Speed > Technique. It also allows you to switch your active team members with each other or with a character from your benched team at any time, so long as they haven’t had their turn yet.

For example, if an enemy is a Power-type, making them weak to Zoro’s attacks (a Technique character), but it’s Usopp’s turn (a Speed character), you can switch the two characters with the press of a button. This is a feature that you can use during any of your turns in combat, and multiple times, so if you accidentally switch in Chopper (Power) when you meant to switch in Robin (Technique), you can switch without repercussions, or the tedium of scrolling through menus.

This combination of battle systems – zones and being able to switch out any crew member at any time –allows for a variety of strategies on the battlefield. It also encourages you to take advantage of the different abilities of each character. The combat system works well as it rewards you for taking the time to think about each character’s location in battle, their abilities and their battle type, and how this can be used to your advantage — or disadvantage. Going through combat by spamming the ‘A’ button is punished by dealing low damage to enemies, so you’re forced to consider the situation, which makes each battle compelling.

Having the opportunity to play as every crew member at almost any point in the game is One Piece Odyssey’s biggest draw card, and this feature extends outside of battles as well. In the overworld, each member of the Straw Hat Pirates has their own unique ability that lets you explore the world of Waford in more depth, largely by solving environmental puzzles.

Needing to think about puzzles and how to use your crew to solve them makes for an engaging experience that adds some thought to exploring the world. For example, shooting down a bird’s nest as Usopp with his slingshot, then switching to Luffy and using his rubber arms to grab the item inside without having to take a step, is a rewarding experience – especially as you get further into the game and these actions become second nature. The synergy between crew members is relayed to the player through small inputs and actions, which creates a cohesive and satisfying experience.

The abilities also feel unique to each character, and highlight their strengths and weaknesses. Luffy can extend his arms to reach high places or grab far-away items. He also has the Observation Haki which allows him to detect items and rare enemies. Sanji can find hidden ingredients for cooking, and the food he whips up can be used to heal the crew and give effects that normal items can’t. Meanwhile, Chopper’s small size allows him to access holes, tunnels and small areas. Nami can detect money on the ground that wouldn’t be noticed while playing as other characters, and Zoro is able to cut through metal doors with his katanas.

One Piece Odyssey works well because each character is given a chance to shine, in a way that is specific to them — echoing the themes of friendship and teamwork that have made One Piece an all-time classic anime and manga.

One Piece Odyssey walks the line between being a great anime adaptation and an engaging video game admirably. It feels happy, bright, and true to the tone and content of the source material, and it succeeds in making you feel close to the characters as you join them on their grand adventure. Listening to Sanji and Zoro bicker while Luffy stuffs his face with food is essential One Piece. There’s nothing more iconically One Piece than that, and Odyssey nails it.

See One Piece Odyssey on Amazon

A PC copy of One Piece Odyssey was provided for the purposes of this review. GamesHub has affiliate partnerships. These do not influence editorial content. GamesHub may earn a small percentage of commission for products purchased via affiliate links.

Courtney is a journalist with a passion for video games and anime, and has a love-hate relationship with League of Legends. When she's not watching anime, you can find her on Twitter @koutonii