Ratchet and Clank: Rift Apart Review: A window into the future 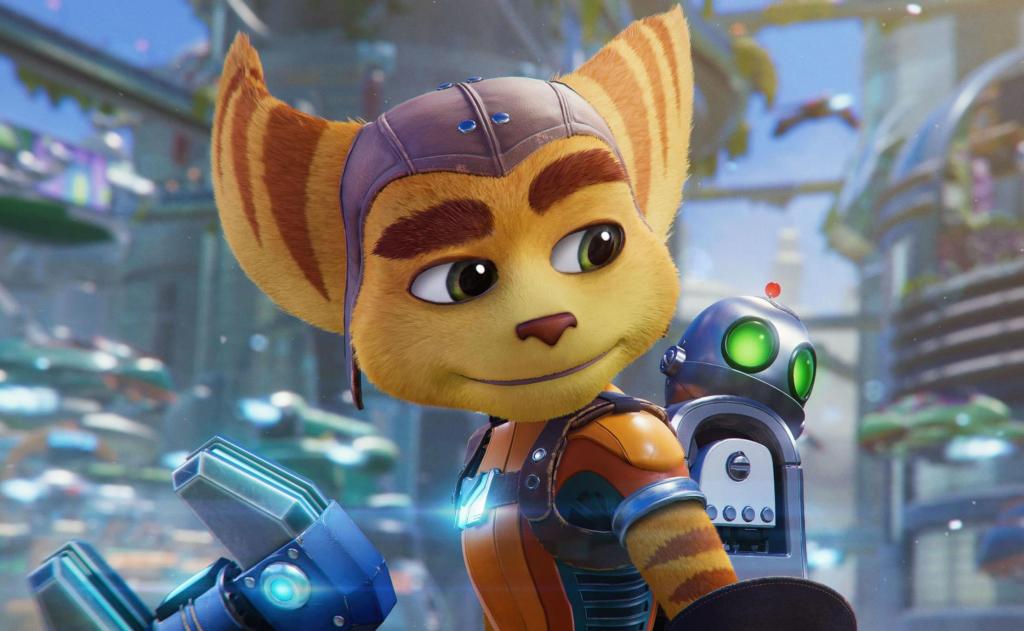 ‘If you want to see what the next generation of video games looks like, play Ratchet and Clank: Rift Apart.’ That’s a phrase sure to appear on some PlayStation marketing collateral somewhere if it hasn’t already, but there’s some truth to the hyperbole you may see around this game. If you want to get an idea of what the next generation of blockbuster videogames will be doing for the next couple of years, then Rift Apart is a prime example – a genre game that leans heavily on the new technology of the PlayStation 5 to push its possibilities to reaches previously unthinkable, but still has its feet firmly planted on solid, comfortable ground.

Rift Apart is the sixteenth(!) entry in the Ratchet and Clank series, known for its approachable, family-friendly hybrid of 3D platforming and third-person shooting. This new entry was also a major attraction in the pre-release marketing campaign for the PlayStation 5 console. The primary point of interest wasn’t just the game’s very high bar of visual fidelity, but specifically what could be achieved by making the most of the console’s solid-state hard drive, allowing for the near-instantaneous loading of in-game assets, which translated to the ability to make additional complex environments appear on screen blink of an eye.

Opportunities to flex this newfound technical muscle are readily integrated into the game’s design. With a plot that revolves around interdimensional portals, Rift Apart regularly stages situations where the eponymous Ratchet and Clank are flung through radically different environments – a dense urban metropolis, a lush jungle, an underwater laboratory, various others – in quick succession. It’s a remarkable turning point in the way games can be built. Previously, creating something like this would be difficult without designing a setpiece around some clever camera tricks to allow time for models, textures, and post-processing effects to stream in. There are seemingly no such concealment techniques in Rift Apart, and it’s easy to be impressed by it. After all, it’s never been seen before.

Read: Game Review: Returnal is the natural evolution of arcade

This flourish is deployed liberally to enhance interactive mechanics, too. There might be a portal to a new world that you can simply speed right through, keeping up your momentum as if nothing had changed. There’s a stage where you’re given opportunities to switch between two vastly different variants of the same location, a system used to help circumvent obstacles blocking your way forward. An expansive wasteland planet equips you with thoroughly delightful jet boots that allow you to rocket across the surface at incredibly high speeds, the landscape zooming by in clear detail. Small portals appear in many of the stages as a grappling hook-style traversal mechanic – latch onto them and you’ll ‘pull’ the location towards you, complimented with a dizzying dolly-zoom style effect.

All of those underlying gameplay ideas might sound familiar. They are. Do the technical capabilities afforded by the PlayStation 5 intrinsically change the way Rift Apart behaves as a 3D platforming game? No, not at all. Do they make the experience of playing with existing tropes and mechanics far more gratifying? Yes, incredibly so.

There is a wow factor to Ratchet and Clank, and it’s a powerful one that bullies its way onto your senses. Where games of the previous generation of consoles may have used clever art direction and camera techniques to suggest that their worlds felt bigger than they were, Rift Apart wants to leave almost nothing to the imagination. A dense city feels dense because the game is rendering countless visual assets – flying cars, neon signs, buildings that tower to the sky, market stalls full of trinkets. A rocky canyon feels vast because you can see the fine details from kilometres away. Switching between two equally spectacular environments or speeding through one feels impressive in how literal the interpretation of the action is – there aren’t many seams to hide.

Adding to the sense of wonder is the combination of haptic feedback and adaptive triggers in the PlayStation 5’s controller. The distinct sensations that come from physically pulling through the different trigger resistances designed around an array of improbable weapons, and feeling the sensations that come from simply walking across different surfaces, remains an entertaining novelty that adds a dimension of curiosity as more locations and gadgets reveal themselves to you. Even though the routine feels familiar, there are unknown facets that can surprise you. Rift Apart makes substantial use of PlayStation 5 technology to make everything old feel new again, and it’s successful in instilling a child-like sense of awe.

In separating that, Rift Apart is a game that, at its core, holds on tightly to the characteristics that have helped refine it into becoming the successful property it is – I repeat, this is the sixteenth game. The Dreamworks-style plot revolves around a heartwarming tale of friendship, reunion, and redemption while a conveniently-timed series of goofs and mishaps prolong the adventure. The game is full of amusing characters armed with the most outrageous accents the United States has to offer. A joyful rendition of “Happy Together” by The Turtles plays at one point.

Its default difficulty is very approachable, encouraging a brisk pace through new worlds and impressive setpieces, with new mechanics regularly being drip-fed to keep the feeling of steady progress and gradual empowerment going. The series’ signature arsenal of creative cartoon firearms remains interesting to experiment with, even if some relatively pedestrian choices begin to creep in toward the finale. Stage design and interface elements are honed just so, to make compulsive exploration and collectable hunting always feel achievable and rewarding.

There is a wow factor to Ratchet and Clank, and it’s a powerful one that bullies its way onto your senses… Rift Apart wants to leave almost nothing to the imagination

Developer Insomniac Games have unsurprisingly mastered this style of game. It’s like sprinting through a confetti parade, an assault of colour, particles, and action with few opportunities to slow down and catch your breath – a pace that’s quickened further thanks to technological advances. Even if its dazzling new facade hasn’t encouraged a deeper, fundamental rethinking of its design, Rift Apart is a refined experience that’s perfectly designed to release endorphins.

We will see a lot of this over the next couple of years. Experienced studios equipped with powerful new tools to help better realise existing design ideas and push them to satisfying extremes. They’ll wash us over with waves of audiovisual and tactile splendour, convincing us that the future is here. It’ll be nice. Ratchet and Clank: Rift Apart is very nice. But I can’t wait for someone to lead me out further, into those deeper, unknown waters.

A copy of Ratchet and Clank: Rift Apart on PlayStation 5 was provided and played for the purposes of this review.