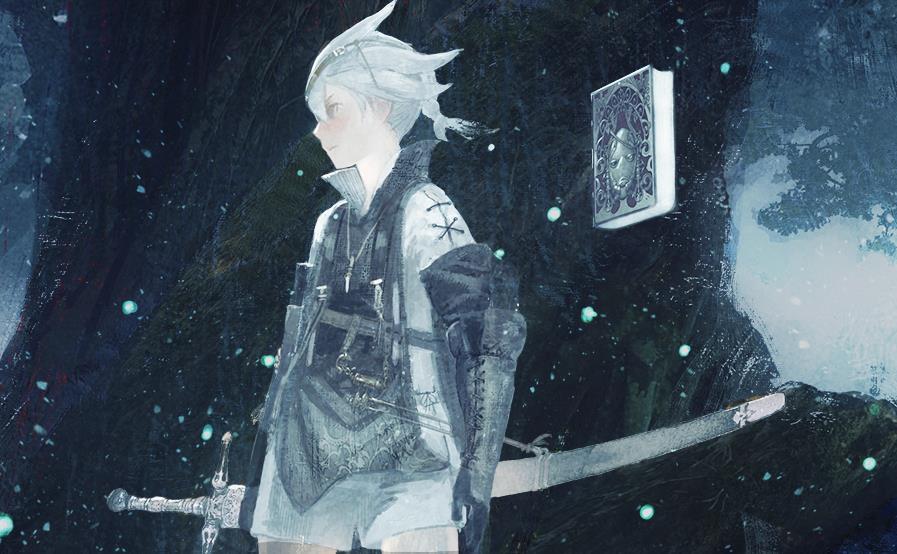 In the post-apocalyptic world of Nier, an action-RPG originally released for the PlayStation 3 and Xbox 360 in 2010, humans abandon their physical form in the face of extinction, hoping to eventually re-house their souls in replicant bodies once the threat has passed. It’s a desperate hail mary bid for salvation, a moon shot that’s imperative because time has run out.

The game’s primary playable protagonist – who may or may not be called Nier – is also seeking some sort of rebirth as he quests for a miracle cure for the inscrutable disease that is afflicting his daughter, Yonah. Frail and bed-bound for much of her young life, Yonah’s only hopes for a fresh start rest on Nier’s ability to defeat the Black Scrawl and, quite literally, wipe the slate clean.

As a remaster, Nier Replicant ver.1.22474487139… represents another kind of second chance, this time for a cult game to find an audience that eluded it the first time around.

The original Nier arrived at an awkward time for Japanese-developed role-playing games. Square Enix had struggled to adjust to the high-definition console generation with nearly-forgotten curios like Infinite Undiscovery (2008) and The Last Remnant (2009) preceding the underwhelming Final Fantasy XIII. Developed by the relatively obscure studio Cavia and published by Square Enix, Nier looked set to continue the disappointing trend. Largely brown and featureless, Nier’s world looked bland and uninviting. Its structure felt backward, tasking players with a laundry list of grind-heavy fetch quests that offered little of the novel emergent action of the then-burgeoning open world genre. You could see why few gave it a chance.

Yet Nier had ideas in other places. Under the guidance of creative director Yoko Taro, Cavia tore up the rulebook for JRPGs, crafting a unique hybrid that playfully toyed with genre conventions. It’s a party-based RPG that handles like a character action game, with “Nier” and his companions leaping and dashing around the battlefield, unleashing spectacular combo attacks. Some enemies and most boss encounters deploy dense waves of magic, filling the screen with spiral patterns of pulsing death that you must dodge like you’ve been transported to a bullet-hell shoot ‘em up.

The camera shifts frequently to reframe the action, swinging at prescribed moments from the default over-the-shoulder view to afford a side-on, top-down or distant isometric perspective. The verbs haven’t changed, but suddenly you’re playing a 2D platformer or a variation on a twinstick shooter. At other times, Nier feels like a Diablo-style hack and slash or a Zelda dungeon littered with Sokoban box puzzles. There’s an extended stretch through a creepy old mansion where the presentation mimics the disorienting fixed camera angles popularised by Resident Evil. And on two occasions, Nier ditches the camera altogether, opting instead to depict a key location entirely via white text on a black screen.

In lesser hands such drastic shifts could feel jarring, but in Nier they felt seamless, an attention to detail that stands testament to the developer’s commitment to telling its story in the most effective manner. Its genre-hopping is experienced not as whiplash but as calculated segue. Beat by beat, Nier reflects on the interplay between its thematic, emotional and gameplay concerns, and chooses the most suitable course, inviting players to view events from a different perspective. Even those grind-heavy fetch quests are designed that way for a reason, one that eventually operates in service of rather than to the detriment of the broader text.

“Beat by beat, Nier reflects on the interplay between its thematic, emotional and gameplay concerns, and chooses the most suitable course”

Nier would prove to be Cavia’s final game as a studio. Nier Automata, the commercially successful Nier sequel of 2017, was still directed by Yoko Taro but made by Platinum Games, the Japanese house of stylish action games such as Bayonetta, Vanquish and Metal Gear Rising: Revengeance. Automata preserved many of the qualities that were championed by Nier’s small but enthusiastic cult – its liberating relationship with genre tropes, its multi-layered character revelations, the themes of cultural difference and communication breakdown it explores with a deep sense of melancholy – while emboldening its action palette with greater style and spectacle. Automata is the reason this remaster exists.

Nier Replicant ver.1.22474487139… takes a similar approach to Automata, maintaining Nier’s core strengths while tweaking and polishing some of those rougher edges. It’s a restrained remaster, particularly graphically, with art direction that wisely resists the urge to add visual clutter to the world’s moody, barren landscapes. Higher resolution assets seem to add more space to each location, resulting in some stunning widescreen vistas that linger in the memory long after you’ve put down the controller. Combat has been improved, too; the action is carefully lubricated with the lessons of Automata rather than enduring a wholesale overhaul.

But the main evolution arrives where you might least expect it: in the story. Nier was originally released in two versions: as Nier Gestalt outside Japan, in which you played as Yonah’s father, and Nier Replicant inside Japan, in which you played as Yonah’s brother. Nier Replicant ver.1.22474487139… remasters the Japan release, enabling the majority of Nier’s Western audience to now experience a slightly different take on the story. Young-Nier takes a little adjustment, and his immaturity brings a greater sense of desperation and volatility to the role as protective older brother that will feel new to those familiar only with Old-Nier’s more stoic outlook.

Perhaps reflecting the unexpected new lease on life this remaster has afforded Nier, the other notable difference is an entirely new ending. Or to be precise, an additional fifth and final ending. The original Nier demanded players make the ultimate sacrifice at its conclusion. Here, that decision is no longer final, but instead the catalyst for a more optimistic denouement that provides a worthy and fittingly redemptive arc for one of your companions, who might just be the true star of the game.

The version number, ellipsis and all, is a joke. It’s the square root of 1.5, leaving this remaster in some ambiguous middle ground between v1.0 (the original Nier) and v2.0 (the full sequel of Automata). But I’d like to think it also suggests the existence – somewhere, sometime – -of Nier Gestalt ver.1.22474487139…and of a universe where both games, Young-Nier and Old-Nier, are finally reunited.

A PlayStation 4 version of Nier Replicant ver.1.22474487139… was provided and played for the purposes of this review.