Beautiful and minimal, Hoa proves that you don’t need clever puzzles or wild combat to succeed as a platformer.
Alexander Pan 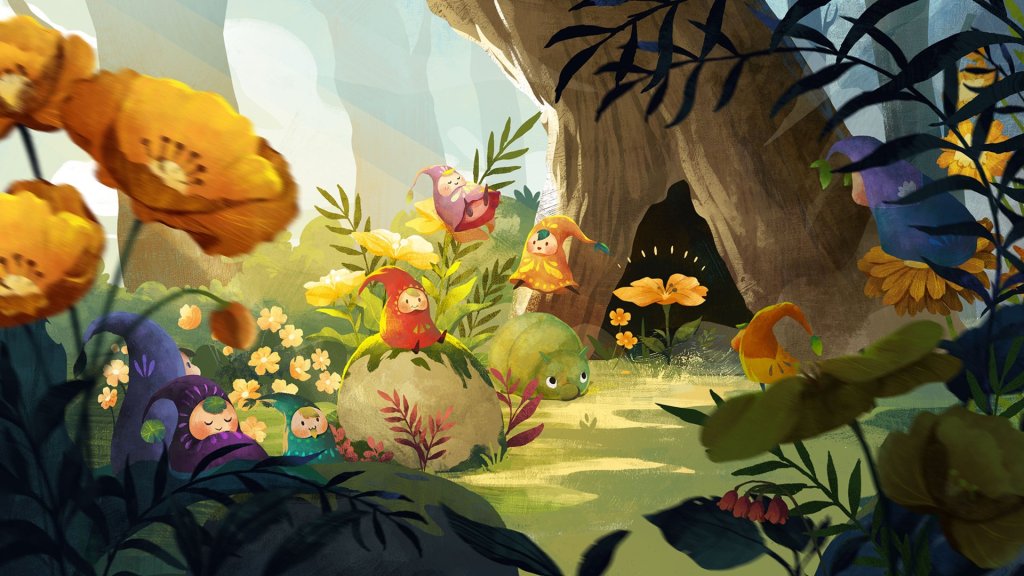 There’s often a lot happening in modern platforming games. Favourites of the genre usually have you dodging projectiles, solving environmental puzzles, taking out waves of enemies, and being cautious about the fact that a big, tough boss might await you around every ominous corner. Hoa takes the genre in the complete opposite direction. It’s a very pleasant surprise.

Inspired by Vietnamese mythology, Hoa is a relatively minimalist game where the narrative unfolds with virtually no exposition and mechanics that barely extend beyond moving and jumping. You play as the diminutive fairy Hoa as she makes her way across several ridiculously beautiful landscapes in search of some mysterious figures who saved her from a terrible past incident and sent her away, out of safety.

Hoa’s narrative unfolds at a pleasant clip through a combination of puzzle-solving and steady exploration of its stunning world. It’s certainly much easier to tell a story visually when you’ve got hand-painted environments and characters as beautiful as those in Hoa. The warm colours and deeply detailed backgrounds are particularly pleasing to the eye and all the whimsical NPCs will charm you almost immediately.

Whereas platformers usually instil a feeling of anxiety, whether it’s through a series of increasingly complex puzzles, brain-twisting riddles, or big boss battles, Hoa implores you to take your time in its delightful little world. The platforming mechanics and puzzles are not difficult by any means and you can easily finish Hoa in one pleasant three-hour sitting. This is not a game where you need to strain your brain synapses or finger muscles. This is a game built on a foundation of simplicity that aims to put you in a zen-like state.

There are no health bars, no experience points, no weapons, no combat, and an almost non-existent skill system that involves nothing more than learning a handful of new techniques along the way. Even the sole ‘enemy’ in the game – a chasing robot that kicks at you – feels less antagonistic and more akin to that old man yelling at you to get off his perfectly maintained lawn. This lack of confrontation and danger is best demonstrated by a particularly fast-paced chase sequence late in Hoa’s story. Whereas most platformers will turn this into a stress-inducing experience, involving the precise mashing of several buttons at specific moments, Hoa takes all the control away from you. It instead turns it into a cutscene designed to add some drama without putting pressure on you.

Hoa doesn’t demand split-second timing, careful resource management, or pinpoint accuracy. Instead, it asks nothing more of you than to come along for a stress-free and emotionally fulfilling journey that comes with minimal fuss. The platforming elements of Hoa may feel unchallenging, but it’s clear that it is intentional. All the heavy lifting in Hoa is done by its design and narrative.

It’s perhaps a bit of a cheat to draw comparisons between Hoa and the work of Studio Ghibli. But there is definitely a heavy influence here, and it’s the simplest way to describe the game and what it’s trying to accomplish.

The beautiful hand-painted art style looks like something taken out of My Neighbour Totoro, the whimsical universe is reminiscent of Hayao Miyazaki’s best work, and the stunningly piano-heavy music is optimistic and evokes a sense of wonder taken straight out of Kiki’s Delivery Service. Even Hoa’s underlying thematic subtext about the healing power of nature and environmental concerns feels like it was paying homage to Princess Mononoke. Hoa successfully makes all these pieces work together well, and reimagines Ghibli’s well-known brand of whimsy in game form.

Hoa perhaps skews more towards style than mechanical substance. But as an experience aimed to smooth out all your anxiety, it’s like chicken soup for your brain. It isn’t a challenging game, but that isn’t its goal. It transports you to its captivating, fantastical universe, and gives you a few hours of respite from the anxieties of the real world. With its stunning art direction, gentle soundtrack and stress-free design, Hoa proves that you don’t need clever puzzles or wild boss fights to succeed as a platformer.

The Nintendo Switch version of Hoa was purchased and played for the purposes of this review.

Alexander Pan is a former journalist and editor who got out, yet found himself inexplicably drawn back into the world of cobbling sentences about video games. You can follow him on Twitter @alexandervpan