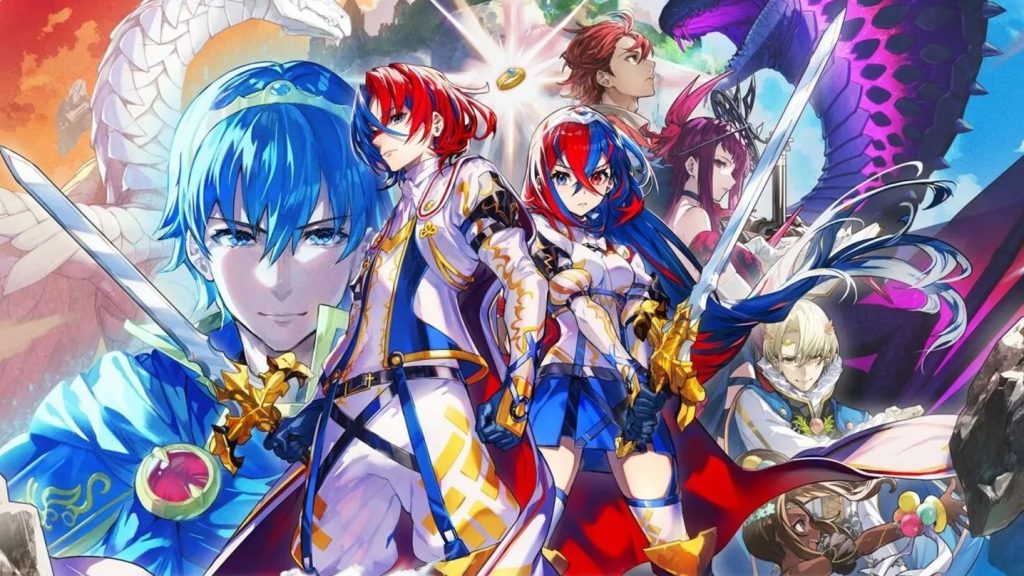 In the aftermath of each turn-based tactical battle you fight in Fire Emblem Engage – whether it be a story mission, paralogue, or just a random skirmish – you’re given the chance to walk your protagonist through a lovingly-detailed, 3D rendition of the battlefield you just fought in. Quaint villages, sprawling fields and forests, grand cathedrals and castles.

Of course, the battles in Fire Emblem Engage, and every game in the series prior to it, take place on an abstracted map from a bird’s-eye view, with miniature versions of your heroes and enemies. There’s really no need to realise the war table as an actual space.

But Engage is a game that puts a lot of thought and lavish detail into bringing its chess-like battle system to life. The fully realised maps end up being a key part in melding the fantasy of embodying both a commander and soldier. Each command you give sees the bird’s-eye camera swoop down into the map, the war table transforming into a grand 3D world, with each and every detail represented, and your expressive soldiers embellishing each move and attack with impressive animations.

The series has always used close-up representations of the action, of course, but it’s never looked this good, felt this cohesive, or been this compelling to watch each and every fight, for the dozens and dozens of hours spent completing the game.

The reason for this, it seems, is because Fire Emblem Engage is focused on making its battles far and away the most compelling part of the game. With a narrative that’s nowhere near as ambitious as its predecessor, Fire Emblem: Three Houses, the pull of Engage is in limitless opportunities to take your army of colourful misfits and put their lives on the line for profit, self-improvement, and excitement.

Outside of the main storyline – which sees you play a deity protagonist on a quest to journey around a continent, in order to collect 12 Emblem Rings that summon the spirits of former Fire Emblem protagonists (Emblems) – Engage features endless skirmishes to tackle for significant rewards. There’s a challenge mode, where you can test the mettle of your found fighting family in increasingly difficult battles. There’s an online multiplayer component, where you can bring your army along to try your hand at cooperative battles. There’s even an online mode that lets you challenge the units of other players on custom maps, which you can build.

It’s a great evolution of Fire Emblem’s familiar battle system, too. The titular Engage system is the biggest new element, with each of the 12 Emblem Rings providing characters with a unique set of passive skills and boosts to their abilities when a ring is equipped. When ‘Engaged’, the character fuses with the Emblem in question for a limited time, allowing them access to an additional set of weapons, and a powerful (but situational) ‘ultimate’ ability that can be used once per battle.

Emblem Rings can be equipped on any of the 30+ characters you can potentially enlist into your squad, which allows for interesting combinations. For example, pairings can be complimentary, like using Emblem Ike (from Fire Emblem: Path of Radiance) to augment the tank-like nature of Jade, a heavily-armoured axe unit. Or, they could be supplementary, like equipping Emblem Celica (from Fire Emblem Echoes), to give the archer Etie the ability to access magical abilities.

The events of the narrative slowly introduce all the Emblems and their abilities to you, and at times, force you to change up pairings to get a good sense of what’s possible with the new system. Units also can inherit up to two different traits from any Emblem (which replaces the idea of learning traits from their chosen unit class assignments, which are considered separate), which goes one step further in adding to the absorbing complexity of the system.

The other major new consideration for Emblem battles is the Break system, which adds a new element to Fire Emblem’s weapon triangle. Attacking an enemy with a weapon that has an advantage over theirs now has the capacity to ‘Break’ them, or disarm them, which robs them of the ability to counterattack for the rest of the round. So, swords break axes, axes break spears, and spears break swords. Melee practitioners also have the exclusive ability to Break the powerful units that use magic tomes, bows, and daggers. Of course, the enemy can do the same to your units.

Every single attack in Fire Emblem has always felt potentially deadly, but this small, clever change feels like it raises the stakes of every turn in Engage that much more. Thankfully, the game also features a time rewind mechanic, as well as options to turn off the game’s traditional permadeath element if you find yourself particularly attached to certain characters.

Even after completing the main campaign, I still feel compelled to keep taking on battles around the world map, furthering the strength of my characters for any future challenges online and in upcoming content expansions – Engage’s characters boast a very high level cap, presumably for these purposes.

In fact, every other element of Fire Emblem Engage feels specifically geared towards serving or supplementing this robust battle system.

The plot of the game is largely straightforward (with a few twists, albeit somewhat predictable ones), but serves as an extended education in the abilities and possibilities of each and every Emblem Ring and unit class.

The Somniel is your home base, which features ways to improve the abilities of individual units and Emblems, and their relationships with one another. It also allows you to gather new equipment and items, and work towards improving your existing armaments in a myriad of ways. It’s a very conveniently-designed location, but it also makes no real narrative sense – a floating island in the sky filled with minigames, shops, a cute mascot to feed and pet, a weirdly sensual ring-polishing room, and only one bed in the entire place, just for you? It feels strange, especially given that Engage also spends a lot of time making sure you feel grounded in its battlefields.

The characters you meet and recruit are all larger than life – grouped together, their outrageously flamboyant, colourful, and intricate costumes make you feel like you’re in the middle of an anime cosplay convention, rather than a continent at war with itself. You can learn more about each individual if you frequently use them in battle and make an effort to pursue them in the game’s social simulation elements, but outside of this, only a few key characters feel intrinsically connected to the story in any kind of prolonged fashion – or even feel like they’re from the nations they supposedly represent.

None of these elements are lacklustre by any means – the story is well put together with great performances by the voice cast, the Somniel is conveniently designed to let you blow through post-battle tasks and quickly get ready for the next one, and many of the characters are very lovable, once you put the time in to get to know your favourites. Engage has a delightfully charming and goofy side too, which helps offset the dour plot, as well as the realisation that some of your soldiers are literal children.

But when considered in relation to Fire Emblem: Three Houses – specifically, that game’s cohesiveness between narrative and mechanics, which was so strong, well-balanced, and forged such a strong sense of every character and the world they inhabited – it’s clear where Engage’s priorities lie.

Fire Emblem Engage is focused on making the series’ enduring turn-based tactics more compelling, more exciting, more stunning – and the game does an excellent job at that. Smart new mechanics add much to the feel of battle, and once your army begins rolling through enemy forces across the continent, it’s hard to stop.

The characters of Engage fight for peace, but when routing the enemy with your adorable anime friends is this entertaining, you can’t help but feel a little guilty.

A Nintendo Switch copy of Fire Emblem Engage was provided and played for the purposes of this review. GamesHub has affiliate partnerships. These do not influence editorial content. GamesHub may earn a small percentage of commission for products purchased via affiliate links.