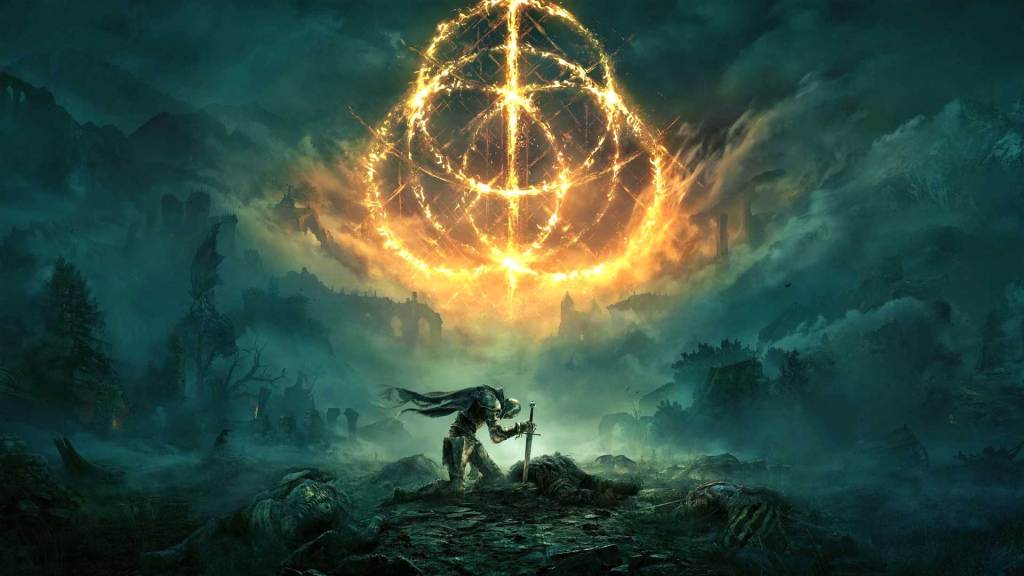 One of my favourite things about FromSoftware games – Dark Souls, Bloodborne, Sekiro, and now Elden Ring – is the moment when you turn a corner, and unwittingly run into an enemy more than five times your size. With a great beast towering over you, the first thought in your head as you run to slice at its ankles is usually something like, ‘how on earth am I ever going to conquer this impossible task?’

Keep attempting the encounter for long enough and you’ll eventually overcome it. In most cases, you’ll have to, because despite the sheer challenge, it usually stands in the way of your linear progress. Play enough FromSoftware games, and tackle enough of these kinds of encounters, however, and the magic dissipates.

In the FromSoftware lineage of unforgiving, hard fantasy action RPGs, every movement matters. Learning more about the world and the behaviours of each and every one of its inhabitants is the key to success. With every death comes an actionable lesson for subsequent encounters.

Elden Ring asks you, once again, to overcome seemingly insurmountable foes and grow in ability along the way, but the task is far grander in scope than it has ever been.

As you enter the game’s locale, the Lands Between, you feel exceedingly insignificant. It’s an incredibly vast, ruined world that feels like it stretches on forever. And those moments where you encounter an inconceivable foe – three towering golems the size of small mountains, for example – feel absolutely colossal and awe-inspiring. It’s humbling, terrifying, and feels wonderfully impossible all over again.

The reason these fearsome moments managed to regain their mystique during my dozens of hours with the game partially lies in the fact that most of these encounters are optional in Elden Ring’s world. I’d try my hand at slaying a dragon a handful of times, but the moment I concluded my character was too weak, or that I was ill-equipped for the job, I knew I could walk away. There would always be other portions of the open world I could explore instead. But I’d leave the area still knowing that the path behind me was just as treacherous as when I first arrived – a chilling idea in FromSoftware games.

Forge your own path

Elden Ring is structured in a way that requires you to tackle six distinct, contained locations located in the world in order to progress forward. Each of these dungeon-like stages closely resembles the segments you might see in a Dark Souls game – you’ll push through a labyrinth, learning and internalising the layout and behaviours of the enemies contained within, and work to defeat the formidable boss character to obtain a shard of the titualar Elden Ring.

While each of these is mandatory, and can all theoretically be approached immediately and in a natural order, they can also be bypassed completely. What Elden Ring offers in tandem is an open world filled with a wealth of curated locations, and smaller dungeons that do a wonderful job of sparking your morbid curiosity.

The path to the first mandatory location easily has more than a dozen interesting locations to tease you away, and even more stirring discoveries further afield. Some of these places reap useful rewards, some are just there for the thrill and uneasiness that comes with challenging unfamiliar enemies of unknown power.

The intense sense of adventure fostered in Elden Ring, and the feelings of trepidation that comes with wading into uncharted territory is an extraordinary sensation that heightens the powerful, guttural, emotional reactions that FromSoftware games have become known for.

FromSoftware’s predisposition towards unique and uncomfortable enemy designs continues to contribute to this distinct set of unease, no matter how small, colossal, or amusing they might seem. Each step in your travels to the far ends of the world will result in glimpses of something new and horrific in the distance, encouraging you to warily get closer, against your better judgement – whether it be a grotesque, larger-than-life giant or a miniature swamp imp with an adorable but deadly cartwheel.

While the open world provides Elden Ring with more opportunities for dangerous encounters at every corner, it also very much feels like a move toward a somewhat more forgiving kind of FromSoftware game. It’s not quite the sought-after reduction or assistance in combat difficulty that is frequently raised during the discussion of the developer’s titles, but rather structural and gameplay design-related tweaks that smooth out some of the obstacles of the journey.

As previously mentioned, needing to continuously hit your head against a wall when faced with an insurmountable enemy isn’t always the progress blocker it used to be, because there are always so many other options available to continue your journey by exploring elsewhere, or opportunities to improve your character before returning to try again.

Other design tweaks make the long journeys away from safety more sustainable, too. The amount of uses on your character’s healing flask feels generous, and a pouch system makes accessing multiple items far easier. An increased quantity of checkpoints, especially around particularly tough battles, makes the cycle of retrying these encounters more efficient. A flexible skill system allows you to mix and match special abilities on weapons. Your horse, which acts as a quick way to get around, also makes for a convenient asset in helping you quickly flee an encounter. A variety of spirits can be summoned to give you a hand in certain situations, dealing damage or distracting your foes at the very least. You can fast travel from nearly any point on the map.

And the new Guard Counter, an easily-executed technique that lets you effectively stagger an enemy immediately after blocking their attack, makes a significant portion of melee combat encounters more manageable, especially for those not willing to hone the quick reflexes needed for the game’s parry system.

Elden Ring is still a demanding game, but these additions make it feel like the game wants you to have a good chance at success, even if its gloomy, dark world and inhabitants want you to fail.

Despite this, Elden Ring isn’t all doom and gloom. Between pockets of unsightly creatures and threatening architecture, the world of the Lands Between is filled with hauntingly stunning landscapes and environments.

In my journey, stopping to admire a vista wasn’t so much an exercise in assessing the terrain, or sparking the desire to travel to a far-off point in the distance, but rather a moment of quiet peace to absorb the haunting serenity of this world between its many trials and tribulations. It’s both beautiful and humbling.

I probably won’t be able to muster the courage or endurance to defeat some of the most formidable enemies in Elden Ring anytime soon. But that’s okay, because the fearsome knowledge of their existence and their constant imposing presence is what makes Elden Ring’s danger so uniquely alluring and unnerving.

Elden Ring’s challenges are as imposing and satisfying to overcome as ever, but there’s also a degree of hope woven into the fabric of the game’s design, one that encourages you to explore widely in a beautiful, awe-inspiring landscape. Elden Ring is an exceptional, accomplished work that realises a fantasy world of solemnity, beauty, and menacing uncertainty you can’t help but lose yourself in.

A PlayStation 5 copy of Elden Ring was provided and played for the purposes of this review.