With an emotional story and a unique blend of 2D and 3D art styles, A Memoir Blue is enticing on paper, but lacking zest in practice.
Christie McQualter 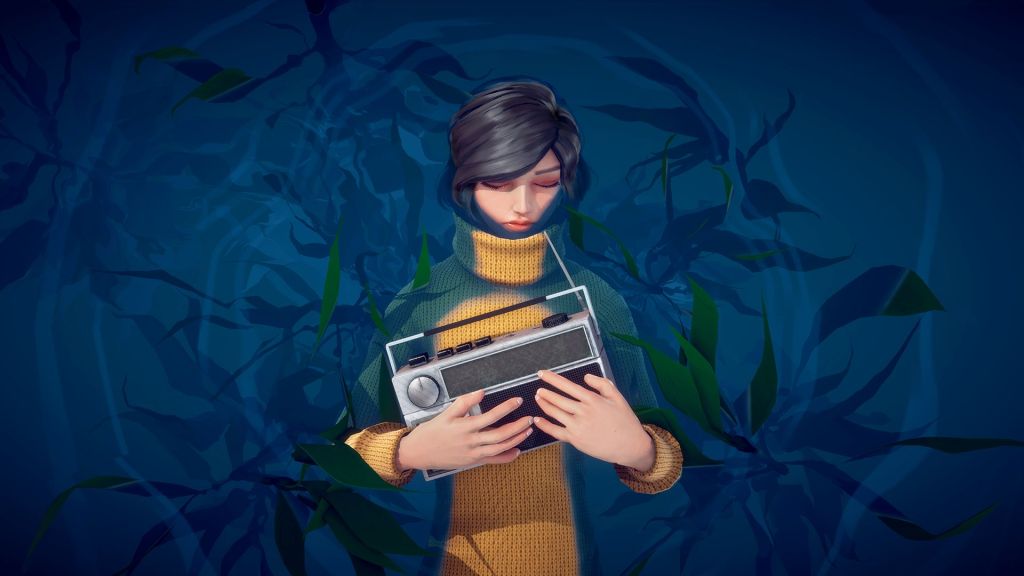 Human memory is a fickle thing. We carry our memories with us everywhere we go. We can replay them before our mind’s eye in great detail. Yet we can’t choose everything that we want to remember – or that we don’t. When we reach into the past, what is retrieved can shift and reform. But if we don’t access memories at all, they can slip away quietly as time passes – only to return in a sudden flash, dredged from the depths by a sensory reaction.

Most interesting to me is how we can share our memories with others. Through words or images, we can show others our lived experiences, allowing them to briefly inhibit another life and share its emotions. Video games are a powerful platform for this because they require players to actively engage with the story that’s being conveyed. A Memoir Blue, developed by Cloisters Interactive, is a game that dips its toe into this complex pool.

Unfortunately, beyond its enticing aesthetic, A Memoir Blue doesn’t deliver. The combination of a lacklustre narrative, and an absence of engaging interactivity results in a boring experience that I wanted to like a lot more than I actually did.

Described as an interactive poem, A Memoir Blue follows swim champion Miriam as she dives into her childhood memories, and her broken relationship with her mother. Water serves as a vessel for the story; both reflecting her swimming career and symbolising the fluidity of human memory.

The game uses a combination of 2D hand-drawn and 3D rendered graphics, with the contrast between them serving to delineate the past from the present – 2D being Miriam’s childhood and 3D being the present-day. This decision helps to achieve narrative clarity, but it’s also a captivating visual.

Aesthetics are the main strength of A Memoir Blue. The game’s effective use of style, colour, sound effects, and an original vocal soundtrack are all incredibly pleasing to the senses, and these elements work in harmony to create a relaxed atmosphere that suits the game’s direction. The interactive elements maintain this sense of calm, and consist of straightforward point-and-click mechanics – but that’s where the appeal starts to wear off.

To advance the story, you use a tiny pin-point cursor to interact with objects, limited to either a click, or a click-and-drag. It’s a simple interaction, but terribly ineffective at keeping you connected to the story. The small reticle can be easy to lose track of on screen, and it’s often unresponsive, taking multiple button presses and minor readjustments to hit the object you want to activate.

At times, the camera comes to rest on Miriam in a way that made me think that things were about to be shaken up by allowing a full embodiment of her. I would push the joystick, expecting her to move forward, only to be jolted out of the experience when the cursor sped across the screen, while she remained frustratingly still.

These would be minor gripes if the activities in the game were engaging, or felt like they had an important part to play in the overall storytelling – but they don’t. Instead, you face a series of obstacles that are, in essence, the same idea over and over again: a gate to open, a broken object to rebuild, or glass that needs the algae scrubbed off it to reveal the next fragment of the story. None of these are distinctly meaningful activities. They just feel like barriers put in place to slow down the pace of the game.

There’s a small section where you control Miriam from a first person perspective as she swims a lap of an Olympic pool. This was where A Memoir Blue came alive for me – just briefly. Though it was a simple scene that only required you to push forward, the chance to break free from the shackles of a cursor and jump into the game’s world through a human perspective was refreshing. Seeing Miriam’s hands move in front of the camera and hearing her breathing as she broke the surface of the water made her feel more real. It’s a shame that kind of engagement only occurred in one scene.

Beyond the semantics of aesthetics and controls, at its core, A Memoir Blue is an interactive narrative; so how it executes its story is a vital concern. I’m no stranger to complicated parental relationships, so I genuinely wanted to find something in the game that I could connect with – so much so that I played it through twice after failing to appreciate it as I hoped I would the first time around.

But in its six short chapters – taking around an hour to complete – A Memoir Blue doesn’t feel like it conveys anything truly hard-hitting or meaningful. There’s no voice acting or text; a stylistic choice that means the narrative exposition relies heavily on symbolism, and the characters’ exaggerated body language and facial expressions.

While this conveys general emotion, it doesn’t pull its weight in conveying the events or the thought processes of characters. This becomes confusing as Miriam reaches the end of her journey into her memories, because she changes her perspective on them with little provocation. There’s no pivotal event, so it seems to come from within her, but as a silent protagonist, there’s also no insight into what she has realised. Without this, the whole storyline is vague.

I hoped to find out more about Miriam by searching for narrative flavour amongst the game’s environmental objects, instead of just heading straight for those which were required to progress the story. But I was disappointed to find that objects don’t serve this purpose in A Memoir Blue; they are interactive exclusively for the main story progression, or to unlock achievements.

The combination of this vagueness, and a flat story arc – lacking any real stakes, plot twists or character development – makes A Memoir Blue a dull experience. This isn’t helped by the slow pacing. I felt like I was dragging my way through the story, hindered by the slow-moving cutscenes and minimal interactions. In a symbolic sense, this reflects the way the protagonist is struggling to wade her way through the water – her memories – but it’s not a gratifying experience.

A Memoir Blue isn’t a story that’s unworthy of being told. Rather, it doesn’t make full use of its chosen medium. Video games have the power to create an affecting emotional experience by making their audience active participants in the world. In A Memoir Blue, the interactive elements aren’t impactful, while the narrative is too metaphorical. Aesthetics aren’t enough to make up for that.

The PlayStation 4 version of A Memoir Blue was provided and played for the purposes of this review. 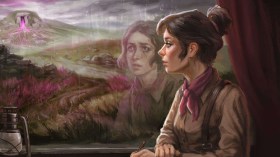