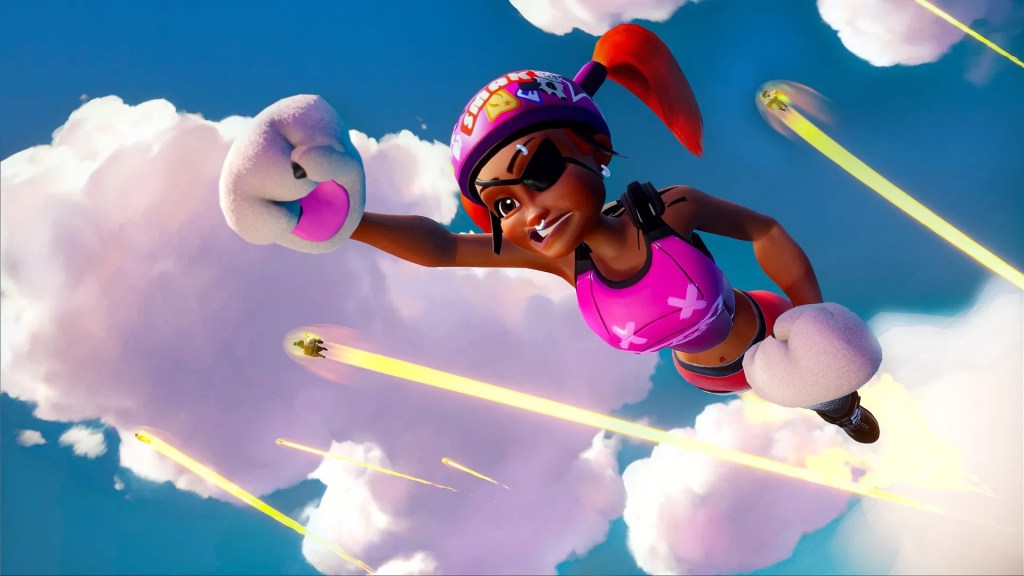 Rumbleverse, the free-to-play battle royale game that takes direct inspiration from the world of professional wrestling, is now live on PC and consoles after concluding its beta phase. Everyone can now hop into matches, and learn exactly how to bodyslam, grapple and splash their opponents in frantic battle royale action.

Developed by Iron Galaxy (Killer Instinct) and published by Epic Games, this brawler takes cues from Fortnite, but injects the action with colourful, high-speed melee combat. There are no guns in sight – just some good, hard-hitting, elbow-dropping wrasslin’.

The regular mode of Rumbleverse is a 40-player battle royale that requires you to melee your way through your opponents – all dressed in their very best spandex and kneepads. You’ll be dropped into a colourful open world, and must earn your stripes by collecting special combat mags and weapons, which can then be used against your opponents. The last wrestler standing is crowned the winner.

In addition to this base mode, players can also team up in Duos for that hint of tag team wrestling goodness. In Duos, you’ll have limited health, but you will be able to get back up after you’re knocked down – as long as your partner is paying attention. You’ll get 30 seconds on the clock the first time you’re downed, with every subsequent knockout getting shorter and shorter.

If you can’t be revived, that’s it for your game.

Additionally, there is a much more relaxing Playground Mode in the game that lets you freely roam the game’s main city, training with robots, and working on your skills.

On 18 August 2022, a season one battle pass for the game will launch, and this features around 100 rewards for players to earn in battle, including accessories, emotes and other goodies to help jazz up your wrestler’s profile. The season pass costs 1,000 Brawlla Bills, which should be around AU $15.

Even if you don’t fork out for the game, you’ll still be able to hop in and enjoy all the action. While the launch of Rumbleverse has seemingly slid under the radar, this is a flashy-looking game that appears bursting with potential.

Whether it can make an impact in a crowded battle royale scene remains a mystery.

Rumbleverse is now available for free on PlayStation 4, PlayStation 5, Xbox One, Xbox Series X/S and Windows PC via the Epic Games Store.