A new trailer has shown off exactly how chaotic this game's version of soccer will be.
Leah J. Williams 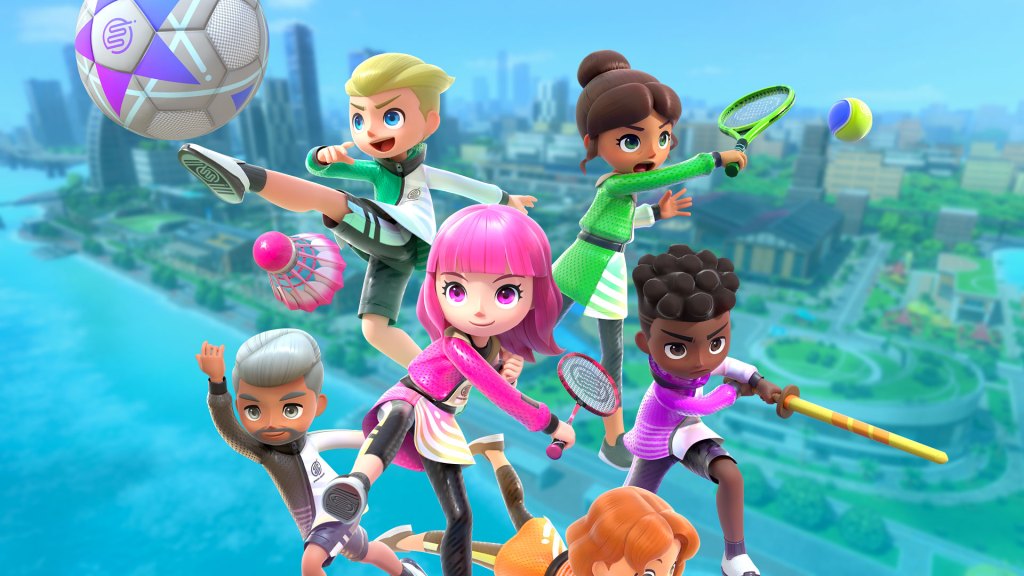 Those who lived through the Nintendo Wii era will recall the warnings of broken TVs, pot plants, and furniture that often came with new releases. As games began exploring full motion controls for the first time, experimentation led to in-game mechanics that encouraged flailing limbs, jumping and kicking – motions that often led to real life ‘accidents’ as remotes were thrown about with wild abandon. New release Nintendo Switch Sports may just ring in a new era of danger for Nintendo players.

In a new trailer for the upcoming sports-themed title, Nintendo has shared more about how the game’s motion-controls will work. Volleyball feels like a fairly safe bet – you’ll need to attach the Joy-Con straps and make hitting and throwing motions with your arms, but as long as you’ve got a reasonably high ceiling and no dangling lamps, you should be okay.

When you get to Bowling, however, this is when things start to change. As anyone who’s bowled before knows, you can’t get away with just doing a half-hearted roll if you really want to win – you need some snazzy footwork, coiled arm muscles, and a long, powerful sweep. The urge to throw a bowling ball is very real, and as the Nintendo Switch Sports trailer makes clear, you can get jazzy with your bowl in the game. If you’re too excited about it, there’s certainly potential for an errant controller to get loose.

But then we come to Soccer – and folks, Soccer looks set to be a pure disaster for enthusiastic players.

To hit the ball in the Nintendo Switch Sports version of soccer, you can use hands movements for ‘bumping’, but there’s also a ‘shoot-out’ mode that allows you to attach a Joy-Con controller to your leg (via the Leg Strap accessory) and physically kick to score goals. In a small space, it’s easy to imagine potential disaster. Kick too hard, and you’re likely to smash your way through something valuable.

Know where your kids are at all times, lock away anything breakable, and note your surroundings before you jump in. While the game does look like a lot of fun, those planning to grab it should be wary of every nearby object. Kick away, but know that a Wii-inspired accident is right around the corner with every swing.