Hyenas will pair multiple players together in frantic heists across space, and beyond.
Leah J. Williams 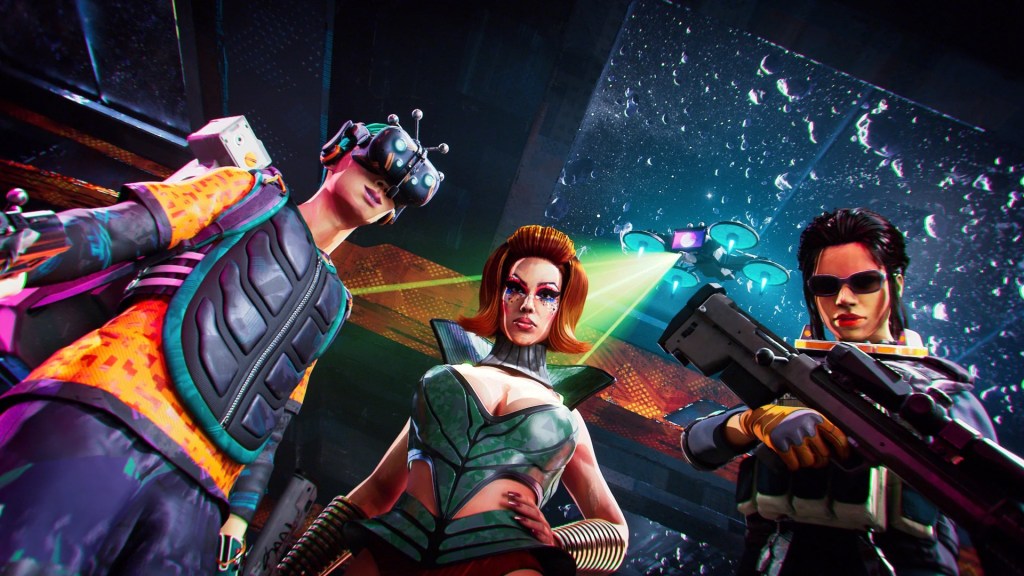 Sega has announced a new multiplayer game from Creative Assembly, known as Hyenas. In this space-faring heist simulator, you’ll team up with a number of other players to earn loot, take down enemy AI and mechs, and attempt to escape with your life.

It appears this title is set on an abandoned Earth rich with spoils for the taking. In the absence of human life, space pirates known as Hyenas have taken over, keen to nab a share of juicy treasures.

The ‘loot’ in question appears to be based on modern pop culture, with Sonic the Hedgehog merchandise appearing in the game’s trailer. A Rubik’s Cube is also present, and tie-in items from Super Monkey Ball put in a worthy showing, too.

Hyenas looks to be a wild ride, and one filled with plenty of colours and clashes.

According to additional reporting from IGN, Hyenas will feature PvEvP shooter gameplay, with matches hosting up to five teams, consisting of three players each. Every team is tasked with collecting treasure and earning the most loot, making the space romp a frantic, high-speed journey to beat rivals.

AI security forces will complicate the action even further, sending drones, mechs and other obstacles to defend each treasure vault and prevent players from advancing. So while the real fight will be between teams of players, the game’s AI will be just as formidable.

That’s not to mention that the entire game will take place in low gravity space, meaning rooms on each ship you breach can have zero-g, depending on who gets to the on/off switch first.

‘We didn’t want to make a battle royale, but we wanted to take that idea of creating this unpredictable, chaotic space where players would find this new gameplay, find new tactics, and ultimately find new player stories,’ creative director Charlie Bewsher told IGN.

Bewsher also revealed that players should expect a number ‘iconic’ pop culture IPs to be present in the game, even beyond offerings from Sega. It appears there’ll be a lot of 1990s nostalgia in the items you can loot, as well as special appearance from across the world of gaming.

We’ll find out more about the multiplayer heist game over the next few months. It will launch as a playable alpha at some point – with more information available on the Hyenas website – and will later land on Xbox, PlayStation and PC. There is no firm release date yet.