Additional allegations add to an already tumultuous period for Paradox Interactive, known for games like Stellaris and the Crusader Kings series.
Chris Button 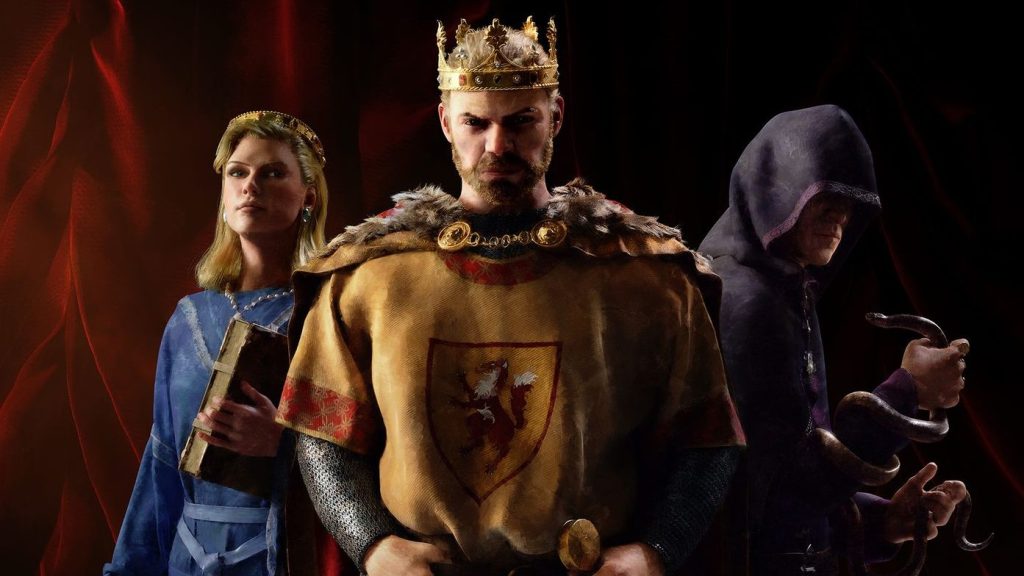 Women working at Swedish game publisher and developer Paradox Interactive have been subjected to various forms of harassment in a ‘clearly male-dominated’ workplace, according to a report from Swedish newspaper Svenska Dagbladet.

As translated and detailed on Eurogamer, the report includes allegations from multiple women ranging from having to work with a senior figure who harassed them at another company, to not wanting to raise internal issues for fear of retribution.

The allegations add to an already tumultuous period for Paradox Interactive, a developer and publisher known for elaborate grand strategy games such as Stellaris and the Crusader Kings series.

In September 2021, Ebba Ljungerud left her post as company CEO due to ‘differing views on the company’s strategy going forward’. A week later, a leaked document including survey results of Paradox Interactive employees indicated 44 percent of respondents had experienced ‘mistreatment’.

In the wake of the leak, the company communicated to employees it would bring in an external company to conduct a ‘thorough review of [its] process and a comprehensive employee survey’.

A spokesperson for Paradox Interactive stated the company treated the contents of the leaked documents seriously, but claimed the included survey was ‘informal’ and included a ‘limited sample of respondents (less than 20 percent of our employees globally)’.

Following Ljungerud’s resignation, Fredrik Wester stepped into the CEO role, which he previously held before stepping down in 2018 to become Paradox Interactive’s executive chairman of the board.

Shortly after, Wester tweeted about an incident in 2018 where ‘a Paradox employee was subject to inappropriate behaviour by me personally’, although he denied it as being related to his stepping away as CEO at the time.

Now, more details have come out about some of the issues facing Paradox Interactive employees, especially women. One individual detailed the actions of a male senior manager known for ‘unwelcome approaches and harassment’ while working for another company.

‘He had too much physical contact with us female employees,’ the woman said. ‘A hand on the groin or very close hugs, where he drilled his face into one’s throat.’

Eurogamer elaborated that the woman received a settlement from his former employer in 2016, months prior to Paradox Interactive hiring him in a leadership role until August this year.

Additional allegations include ‘bullying and gender discrimination’, women being ignored in meetings in favour of men, and middle management siding with leadership instead of taking junior staff’s issues seriously.

One incident involved a woman being removed from a meeting and forced to delete criticism about the company from an internal Slack channel, under watch by a male colleague.

Paradox Interactive’s alleged mistreatment of employees isn’t an isolated incident in the industry, with Activision Blizzard facing multiple lawsuits relating to a toxic workplace and discrimination, and continued allegations of Ubisoft sheltering abusive employees in positions of power.

When asked for further information by Eurogamer, Paradox Interactive declined to comment, citing the process of the external audit currently taking place.