Everything announced at Behind The Sims Summit

Here's everything announced during Behind The Sims Summit, a showcase for the future of the franchise.
Leah J. Williams 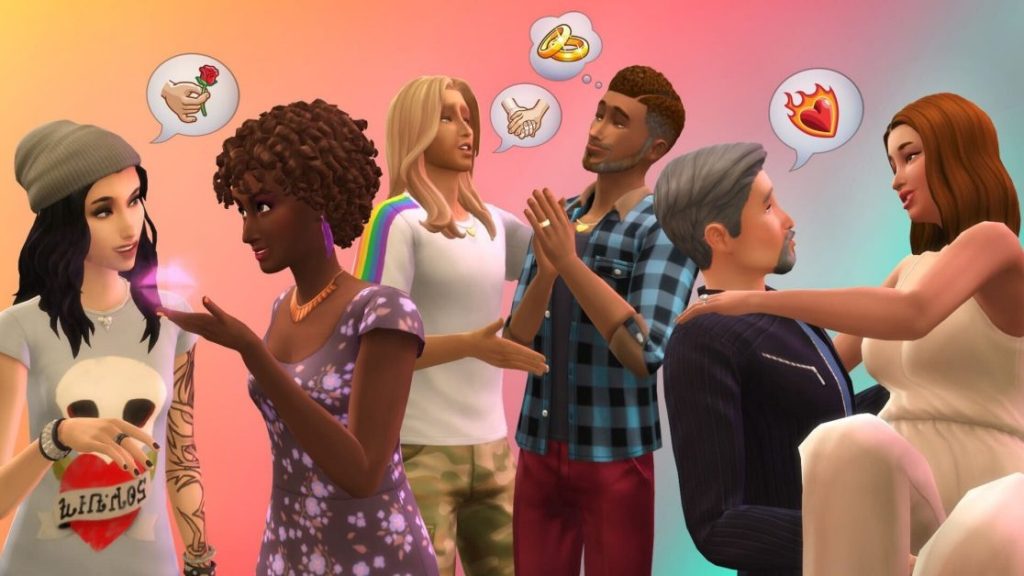 The Behind The Sims Summit was a chance for EA and Maxis to celebrate the present and future of The Sims franchise, which turns 22 in 2022. The series has been entertaining audiences for two roaring decades, and in that time, it’s expanded in a massive way.

Here’s everything announced during the Sims summit, and what to expect in The Sims 4, The Sims Mobile, and The Sims FreePlay in future.

CurseForge will be the official mod destination for The Sims 4

Recently, EA began cracking down on paid Sims 4 mods – which seemed odd, given many creators had been profiting from these creations for years. Now, we know why.

EA will soon launch a partnership with Overwolf, the operators of CurseForge, an online modding website where players will be able to find curated and safe custom mods to play with. These mods are vetted by EA and Maxis, and will likely only be included on CurseForge if they are high-quality and well-built.

Read: EA rules all Sims 4 mods must be available ‘in full for free’

Pop star Anita is coming to The Sims 4

A brief trailer in the Sims Summit revealed that pop star Anita will be providing music for The Sims 4. In the clip, she was seen recording a song in Simlish, which appears to be a fairly harrowing process – understandable, given it’s a completely new language and requires learning and practice.

This brief glimpse into a recording studio reveals the exact process that countless artists (including Paramore, Katy Perry and My Chemical Romance) have had to go through to contribute tracks to the game.

The Sims FreePlay is getting a visual overhaul

Developers from Australia’s Firemonkeys were up next in the Sims Summit, with a grand reveal that mobile title The Sims FreePlay will be getting a visual upgrade today, alongside new features. This upgrade means Sims will be more realistic, and that they’ll now be able to equip any hairstyle in the game.

New content is also arriving shortly, in the form of a new quest – ‘Christmas Is In The Heir’, arriving December – and new house types – Superyachts, coming in 2023.

Following this, The Sims Mobile got a short trailer reel announcing balconies will be buildable in the game soon.

The next major Sims game was teased

Near the finale of the Behind The Sims Summit, the next major Sims experience was teased – although it may not be The Sims 5. Codenamed ‘Project Rene‘, this experience will represent the future of The Sims, and will be in development for several years alongside The Sims 4 and the Sims mobile titles.

‘We are building the next generation Sims game and creative platform, reimagining the Sims you know and love with new ways to play,’ Lyndsay Pearson, VP of Franchise Creative for The Sims said of the game.

It’s reportedly built on meaningful stories and collaborative gameplay, as well as stronger creation and customisation tools. A brief snippet of gameplay shown off included a deep furniture customisation system that allows players to choose colours, patterns, pillows, sizings, decorations and other structures for furniture.

‘With Project Rene, we want to make it easier to work together and share. You can choose to play or create by yourself, or with your close friends,’ Pearson explained.

‘The game will stay true to what The Sims has always been while pushing to evolve how those Sims think and behave. It will reimagine The Sims with even more ways to play, tools to encourage creativity, and the ability to tell meaningful stories. With Project Rene, players will have the choice to play solo or collaborate with others, and will have the ability to play their game across supported devices,’ EA said in a provided statement.

What exactly Project Rene is remains unclear, although we’re likely to get more details in the coming months via the EA social channels, and The Sims website.

To conclude the Sims summit, a brief teaser introduced one of two major Sims 4 expansion packs set to land in 2023. It revealed that babies will no longer just be objects in the future, with a gameplay snippet showing off a bub crawling along a floor and sneezing.

The new expansion pack will likely allow for more interactive baby mechanics, and create a more dynamic ageing system as a result. Static babies have been a major point of contention in The Sims 4 community for years, so it’s great to see this finally being addressed.

Expect further details as we head towards 2023.

In the meantime, you can catch up with the Behind The Sims Summit for yourself here.