How Skull and Bones stayed the course through development hell

The development of Skull and Bones has been through almost a decade of ups and downs. We asked the game director how it managed to weather the storm.
Edmond Tran 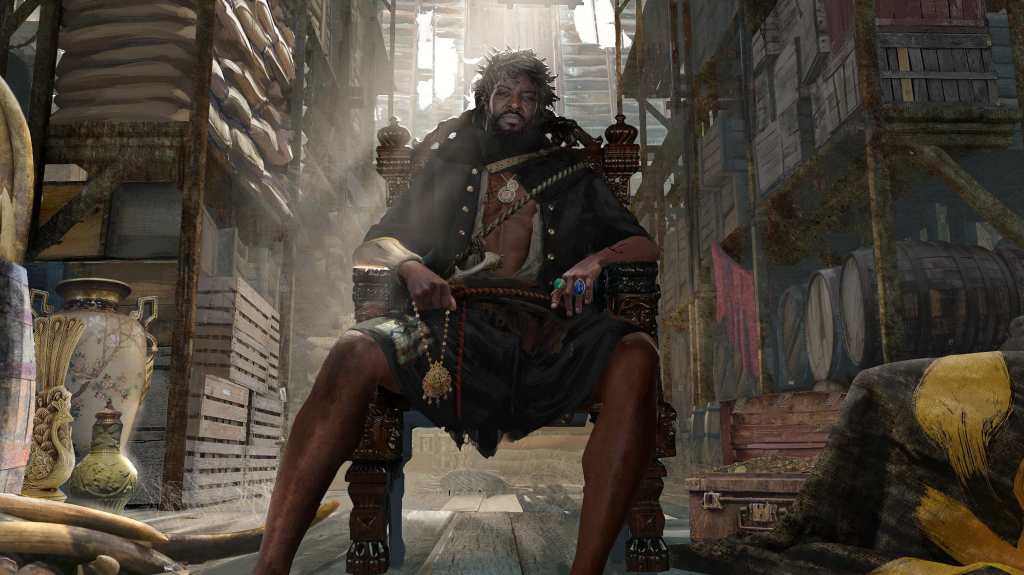 The birth of Skull and Bones reportedly happened way back in 2013, shortly after the pirate-themed Assassin’s Creed: Black Flag wowed players with its take on naval combat. Initially planned as a Black Flag expansion, the project went through several release delays and changes in personnel and scope, many of which were detailed publicly in a 2021 Kotaku report that focussed on the frustrations of the game’s lead studio, Ubisoft Singapore.

But Skull and Bones has finally weathered the storm, having been re-revealed once more in July 2022 as a persistent, online, live-service pirate game. It’s a lightweight MMO in the vein of The Division or Destiny with a focus on survival, naval combat, and various other pirate-themed activities. The game has also locked in a firm release date of 8 November 2022.

According to the Skull and Bones Game Director Ryan Barnard – who had previously worked as a director on Tom Clancy’s The Division for Ubisoft at Massive Entertainment before stints at IO Interactive (Hitman) and Wargaming (World of Tanks) – much of the progress in recent years has been due to Elisabeth Pellen, the game’s third creative director.

‘Last year in about July, the team had just kind of passed a major internal milestone for the game,’ Banard told GamesHub. ‘And they had been seeking someone kind of at my seniority for quite a while.’

‘I had worked with Elisabeth (Pellen), who’s our creative director, and Eric (Moutardier), our brand manager on The Division years ago, and they both kind of corralled me to come and help finish the game. Well, as a live game nothing is finished, but shipping is our first engagement with the community and our players.’

We spoke to Barnard at length to find out more about the stormy waters Skull and Bones has sailed through, the philosophy behind its design as it heads towards launch, and just what has kept this game alive all these years.

On the changing tides of Skull and Bones

GamesHub: Obviously, Skull and Bones has been in development for a while, and has weathered a lot of different scope and scenario changes. Is this the same game that was revealed all those years ago?

Most big games – and when you talk to people in the industry, you know this – go through iterations, and some of them are stronger than others. You could use the big ‘R word’ for reboot, but Skull and Bones definitely has had some different facelifts and different directions and visions.

But once Elizabeth joined about three and a half years ago, she really set this direction in stone of a modern pirate game – one that’s focusing on something different than what you might typically expect if thinking ‘pirate’ in a game.

It’s definitely a more mature game. It’s a gritty game. There are survival elements, there are RPG elements, there’s persistence, there’s naval combat, and it is a different and unique package.

I’d say once that was locked in, nothing has changed.

It feels as if there are just very few games like this – it’s like a collection of a lot of different ideas. What have been the primary touchpoints for this project?

I think what the team has done, and what I tried to do with the project, is adopt a philosophy of the MAYA (Most Advanced, Yet Acceptable) principle, where you want to bring in 80% of things that are familiar and you need 20% of magic dust that’s unique for your game that will make it really stand out.

So we talk about our inspirations from survival games – Rust and Ark – and how can we basically borrow things that we really like in those games and bring them into a game like Skull and Bones, into a pirate setting. How will they work? How can we maybe make them more mainstream so they’re not as intense as some of these survival games can be?

And then we have the combat aspect, which I think has been really the common thread since the start of the game. The genesis of the idea has really been this idea that naval combat is core to it. You’re a pirate when you’re playing the game, and how you choose to pirate is up to you, but a lot of what you do is going to be combat-oriented. So making that feel rewarding and reactionary and visceral and having levels of mastery to it is stuff that we spent a long time in development with.

It’s really this kind of conglomerate of a lot of different types of games, but in this pirate wrapping, which really makes it unique.

I have to admit, when you drop a name like Rust, I start to get a little afraid. Can you go into the survival elements a bit more and how involved they are in comparison to something as hardcore as Rust?

Without going into explicit detail … I can tell you that philosophically, taking care of that fear was exactly it.

But you know the elements of survival games which are good – like the kind of positive reinforcement or the feeling of threat when you’re kind of out exploring, or when you’re vulnerable to other players or to enemy AI? Those, I think, are the good things and we wanted to bring those in where you have some elements of trying to survive – that’s actually kind of the genesis of the game when you start.

A big part of the start is just collecting what’s around you so you can survive, to build up your ships, or the attachments in your ships so that those survival elements aren’t such a burden anymore.

So really, it’s about trying to take those elements and not be so punitive, but make them positive.

An ocean big enough for two

Now obviously, a lot has happened in the time since Skull and Bones was announced, and during that time, you’re now no longer the only pirate video game on the market. I’m sure you’ll get asked this a lot, but is there a lot of love for Sea of Thieves on the dev team?

Sea of Thieves is a great game! We all like it on the dev team, we play it a lot, and it’s not like we make an effort to be different – if there’s stuff in Sea of Thieves that makes sense, we’re of course going to see how we can proactively implement that, as games do.

But we’re a very different experience. Sea of Thieves is very much wrapped into, let’s say the ‘Johnny Depp Disneyland’ kind of storyline. It’s fun, it’s lighter, it’s more cartoonish in a good way, and we are definitely not that.

There’s no real competition, it’s a very different type of game and experience. But if you like Sea of Thieves, I’m pretty sure that you’ll like Skull and Bones.

Following on from that, Skull and Bones is being pitched as a co-op experience, not unlike Sea of Thieves, and much of this reveal has touched on the social aspects of this game. How compromised am I going to be if I want to play by myself at odd hours of the day?

You’re definitely not going to be compromised. We’re actually doing a whole lot of balancing right now currently in the game, but the goal is to make it so that when you co-op, or when you pirate with others, we just want to give extra benefits.

If you think of a live persistent, MMO-type game where the difficulty goes up at the end and it makes it very difficult to solo – that is not the case in Skull and Bones. You’re going to be able to play all the content up to a point, by yourself. And that means playing through to what we have intended for the end game type of experience.

But of course, when you make challenging content that really pushes players to the limit, part of that is encouraging them to group up, right, and to play together. So you’ll have both, but you definitely can play by yourself. I play by myself most of the time.

What do you think it is about Skull and Bones that has given it such a staying power throughout all these years? Plenty of projects get developed and cancelled – what is the secret sauce that has made everyone so eager to hang on to this project for such a long time?

For a lot of it, I wasn’t here – it was kind of in my hiatus away. But what I would say is we can see that the proof is in the pudding. Everyone knew that the core DNA of a pirate game, in some exotic region, with this kind of gameplay, was something that there was an audience for.

Now, it took a little while to find that magic mix and the right direction, but once that was found we haven’t deviated.

It’s also a different kind of game, so that broadens our portfolio. We’re not an Assassin’s Creed, it’s not a Far Cry, this game is persistent and live. So bits of all of that is why it still exists, thank goodness.

Aside from all the big features we’re seeing and hearing about as part of this reveal, what are some of the subtle things about Skull and Bones that you personally really love, and hope people take notice of?

Treasure hunting is really cool in this game! How we’ve handled that is something that I personally enjoy. It’s a little bit of a puzzle in the adventure and exploration, and then there are some nice game mechanics, so it’s a great little package with a good reward in it.

There’s something that we’re not talking about yet that I also really enjoy… but you’ll be able to have your own space in the game, let’s put it that way, and the activities that you can do with your own space are also very unique and very cool.

Skull and Bones will be released on 8 November 2022 on PC, PlayStation 5, and Xbox Series S/X.