Phantom Abyss is online multiplayer without the scheduling nightmare

Team WIBY's Ben Marrinan explains how they developed Phantom Abyss for a generation who treats games as a digital living room.
Jini Maxwell 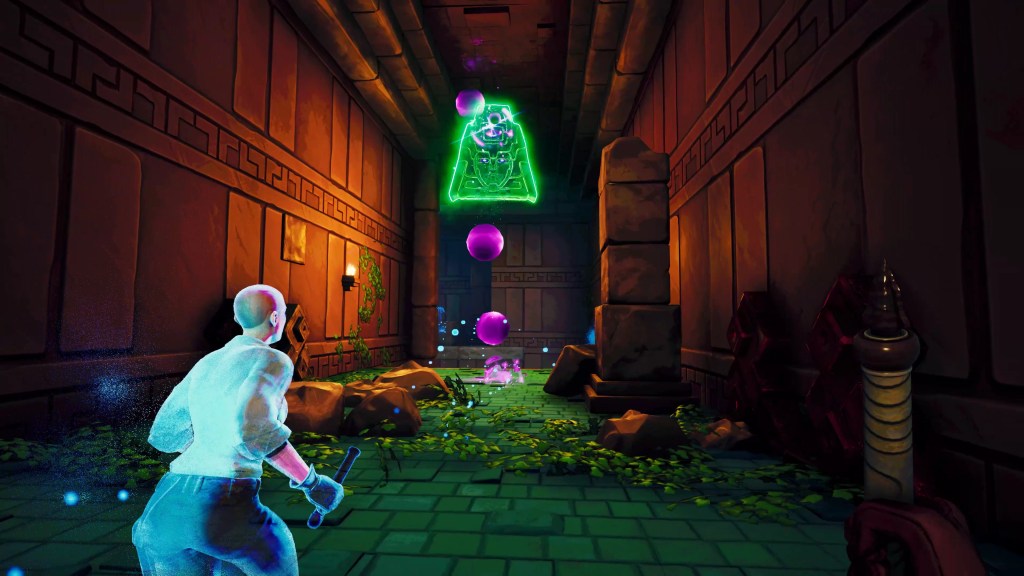 Team WIBY’s Phantom Abyss is being published by Devolver Digital

Any adult who has ever tried to schedule a Dungeons and Dragons game knows this immutable fact: it is almost impossible to find a time that works for three or more 25-30 year olds to hang out. Between the mounting pressures of work, domestic responsibilities, relationships, and even families, spare time can be harder to find. This is a dilemma that extends to online multiplayer games, too. The developers of Phantom Abyss know this.

For the generation that grew up understanding videogames as a kind of virtual living room, videogames aren’t just a hobby or distraction. For many, they are a fundamentally social activity. This is doubly true during the pandemic, when games with social elements, like Animal Crossing: New Horizons, Fall Guys, and Among Us dominated the sales charts while the world stayed inside.

This is a gap that Phantom Abyss, the second title from Brisbane based studio Team WIBY, is perfectly placed to fill. It’s a massive asynchronous multiplayer game that sees the players darting through trap-laden, procedurally generated temples.

Like many online multiplayer games, the player can compete against their friends to see who can make their way to the heart of each temple first. Unlike other online multiplayer games, however, these devilishly challenging temples disappear on completion. Upon entering a temple, a player can see the ghosts of previous attempts, who retrace the paths that led them to their doom. If the player doesn’t make it through, they can challenge their friends to take on the temples that defeated them, with their own ghostly trail providing clues to the living adventurer in their bid for survival.

Creative Director Ben Marrinan knows that multiplayer games can be a logistical nightmare: ‘it’s pretty hard to get together with four people at the same time to play a game. The idea behind this one was like, it doesn’t matter what time. Your friends are playing games, you can always see their attempts and stuff, and just join in on your own time.’

Phantom Abyss is being published by indie giant Devolver Digital, and even in early release, it’s seen plenty of interest. Steam Charts records an all time high of 1,584 concurrent players. For Marrinan, Phantom Abyss’s asynchronous balance of competition with co-operation took some of the anxiety out of the multiplayer format, too. ‘When I’m playing a game with other players… I can feel like a burden on my team, if I’m playing in a team game, or like I’m letting people down, or people are judging me.’

The game takes the fast pace of battle royale but removes the frantic element by allowing players to complete temples entirely in their own time. After all, the other players have already failed – the only person the player is really competing with is themself. The adrenaline players feel should come from the challenge, not from genuine stress: ‘To me, it’s really cool to have real people around doing stuff, but none of them are judging. I kind of like that feeling,’ he added.

It took the team a while to figure out how to communicate that Phantom Abyss‘ challenge didn’t come from time pressure or competition: ‘Initially, a lot of people felt like they have to run really fast and beat the ghosts to the end, because that’s what they used to, when there’s other people in an area with them,’ Marrinan explained. ‘It took a while for people realise like oh, I can just like, take my time and it doesn’t, doesn’t really matter what they’re doing, you know, I can just play my game.’

The team is closely monitoring the game’s burgeoning fandom for how to continue developing the title; it’s one of the benefits of going into early access. ‘You get some real-time insight, watching other people play,’ Marrinan reflected, ‘I’m excited to do more, because it’s such rich, fertile ground, I feel. We can do interesting things with the people from the past, interacting with you in the present in different ways.’

They’ve taken on feedback about the game’s difficulty spikes, and one of the team’s next goals is going to be making the game more approachable to players who are struggling. Marrinan anticipated this feedback; it’s fundamentally a social game, and Team WIBY wants it to be fun for a broad spectrum of players. What he didn’t foresee was the feedback from the other end of the player spectrum: ‘I’ve actually been shocked by how many people are surprisingly good at our videogame,’ he laughed, describing a player community so passionate that fans even created an ancient language translator that decodes the symbols that adorn the walls of each temple. ‘I can’t believe the amount of work people have done to figure things out,’ he said.

The social role of Phantom Abyss extends beyond its inbuilt multiplayer elements; I first played it with a friend, passing the controller back and forth after each death. The game has been picked up by a few Twitch streamers, including popular charity streamer GamesDoneQuick, and it’s easy to see why – while the game is designed to be approached at your own pace, it’s still exhilarating to watch.

As you become increasingly familiar with the roster of traps that populate each procedurally generated dungeon, Phantom Abyss also becomes a particularly tempting target for backseat gaming – this, I learned from personal experience.