Pentiment would not have existed without Xbox Game Pass, says Obsidian

It's an exciting new experimental narrative adventure from a celebrated studio. But only Microsoft could make it happen.
Edmond Tran 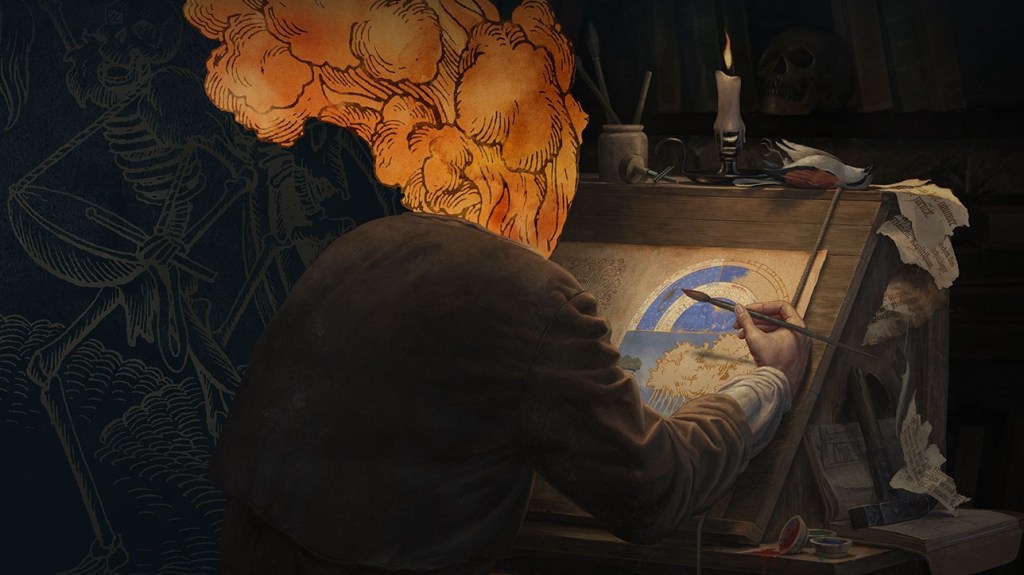 Pentiment was one of the pleasant surprises of the Xbox and Bethesda Games Showcase in mid-2022. A narrative adventure game from Obsidian Entertainment and director Josh Sawyer (Pillars of Eternity, Fallout New Vegas), the game takes great stylistic influence from Medieval tapestry and woodcuts from early 16th-century Europe. The game is nothing if not incredibly unique.

But according to Sawyer, who spoke to media during a digital preview event for Pentiment, the game would likely not have been possible if Microsoft hadn’t acquired Obsidian in 2018, bringing them into the Xbox Game Studios family.

‘I’ve wanted to make a historical game for a long time,’ said Sawyer. According to earlier interviews with IGN, the idea originated back to when Sawyer was at Black Isle Studios in the early 2000s, working on Icewind Dale and the inevitably cancelled Van Buren project – what would have been an isometric Fallout 3. Sawyer later re-pitched the game as a narrative adventure game while at Obsidian.

‘I can’t remember the exact moment where I was like “Wait, what if I made a historical game that was a narrative adventure game that was very small,”’ he continued, ‘But I will say that it wasn’t until Microsoft was going acquire Obsidian that I thought “I think we can do this now”.’

Pentiment is a very different kind of game for Obsidian Entertainment, which has, up to this point, typically traded in sprawling role-playing games. The fact that it’s a narrative adventure game is unique for the studio, as is the fact that it’s being made by a very small team – 13 people, including Sawyer.

Sawyer cites two reasons Pentiment was able to get off the ground. ‘One: Game Pass as a platform seems very appropriate for it, and two: I thought that Microsoft would be more willing for us to be able to try something unusual and experimental.’

That lines up pretty well with the clear strategy Microsoft is executing with Game Pass. The subscription service is not just a home for Xbox and Bethesda’s blockbusters, but plenty of smaller-scale, unique games, that fill different niches and also have the ability to find a wider audience – when you have the license to simply download something and play it on a whim, you’re far more likely to give it a try.

‘I think if we had tried to fund this through traditional publisher methods, I don’t think that would’ve worked very well at all,’ says Sawyer.

Read: How digital distribution and game prices are costing developers

Pentiment sees you play as Andreas Maler, an artist who is caught up in a series of murders and scandals. You’ll traipse through beautiful tableaus and tapestries crafted by art director Hannah Kennedy and her team, as you converse your way through a rarely-explored period of history for video games. Pentiment will feature some light RPG elements, as well as the branching choices and consequences that Obsidian games are known for. However, knowing that the art style of Pentiment will be a key attraction that invites all kinds of audiences to give it a try, the team at Obisdian have designed it with simplicity and accessibility in mind – there will be interactive mini-games, but they’re designed just to draw the player into the story, rather than challenge them.

For Sawyer and Kennedy, being able to focus on a smaller, more pre-defined project has allowed them to focus their energies on ideas that are relatively new to them. For Sawyer, it’s being able to craft a narrative around a pre-defined character, rather than working to cater it to all manner of possibilities with a custom avatar.

‘It’s been really a lot of fun writing for a character that’s much more defined. But it still feels like you can make a ton of choices,’ he said. ‘I would like to work on more games like that … I found it rather liberating in a lot of cool ways.’

For Kennedy, it’s been the time and license to include a lot of details in the environments, purely for the sake of worldbuilding. She said it was nice to be able to ‘populate the space in a way that there isn’t a need to fill it with assets that are revolving around things like collection systems or combat.’

It’ll be exciting to see what a studio of Obsidian’s calibre is able to do when they’re given the license to work on an experimental passion project. For all the obvious benefits and criticisms of the Xbox Game Pass service, if it allows for more unique video games to be put into this world, I think we’ll all be better off in the end.

Pentiment will release in November 2022 on PC and Xbox. It will be available on the Xbox Game Pass subscription service.

(This article was originally published on 25 August 2022)